Italian village charging tourists €5 to enter and sets up turnstiles

An historic village on the Adriatic coast is charging tourists a five euro entry fee at the turnstiles to enter its cobbled centre.

Critics are outraged and say the Christmas spirit of goodwill has been tarnished by commercialism.

The Mayor of Polignano a Mare says he would have the turnstiles up regardless to help with crowd safety during the festive period.

The mayor, Domenico Vitto told The Republic: ‘I would have had the turnstiles installed even if there had not been the entrance fee.’

He also said he had worked with Bari police to ensure that there would not be a repeat of the crushes in Turin.

Over 1,500 were injured and a woman died when a stampede erupted after firecrackers went off during a screening of the Champions League Final in the centre of Turin in June 2017.

But speaking to The Telegraph, Cesare Veronico, head of the local music festival said: ‘The fundamental point is that you cannot restrict access to a public place, which everyone should be allowed to see.’

The town which is part of the city of Bari is an attraction throughout they year and at Christmas time with its winter wonderland.

In its first weekend, The Republic reported 12,000 visitors had gone through the turnstiles.

If those were all visitors they would have netted just over £52,000. 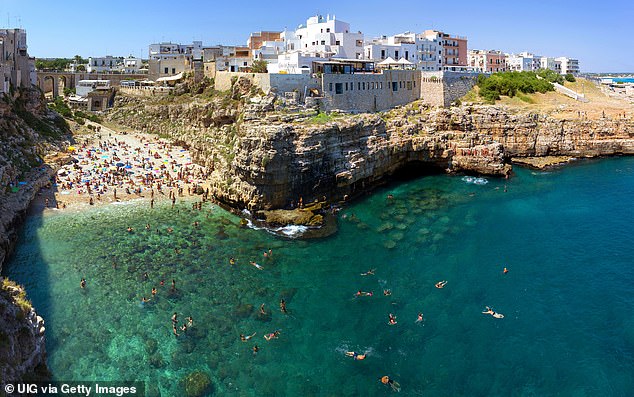 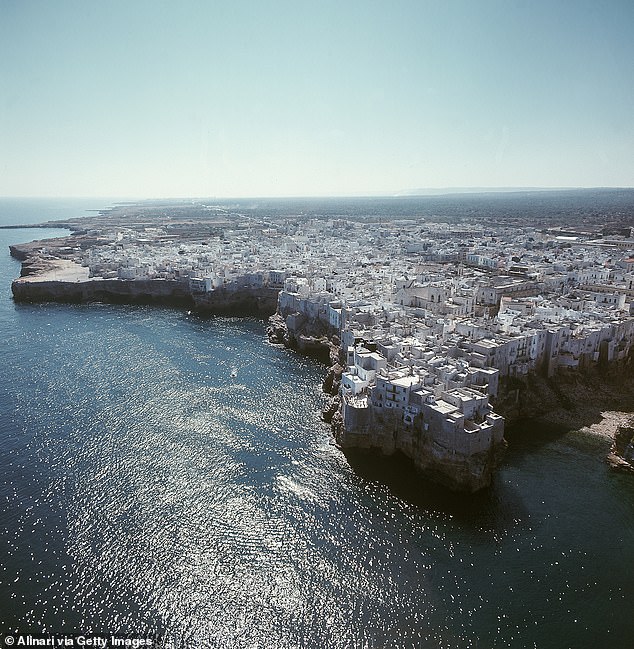 The ‘GCard’ required for entry into the stunning piazza is paid by any non-resident of the town and that includes children over six years old, according to the Italian paper.

By the end of the Christmas period they stand to make hundreds of thousands.

The coastal town has been inhabited since the times of the ancient Greeks but this is the first time visitors will be charged to enter.

Its steep cliffs back onto the blue waters of the Adriatic and are a renowned diving spot in the summer months.

The move follows a decision by Venice to install turnstiles to cope with huge number of tourists who flock its streets each year, The Telegraph say.