Italy has seen its daily coronavirus death toll fall below 100 for the first time in more than two months – with new infections also at their lowest since early March.

Deaths from the COVID-19 epidemic climbed by 99 on Monday, against 145 the day before, the Civil Protection Agency said, registering the first tally of below 100 since March 9.

New cases increased by just 451 against 675 on Sunday, the lowest daily figure since March 2.

The decline in the daily number of deaths on Monday bucked a long-running trend which had seen fatalities fall on Sundays only to rise again the following day.

Deaths from the COVID-19 epidemic climbed by 99 on Monday, against 145 the day before, the Civil Protection Agency said, registering the first tally of below 100 since March 9 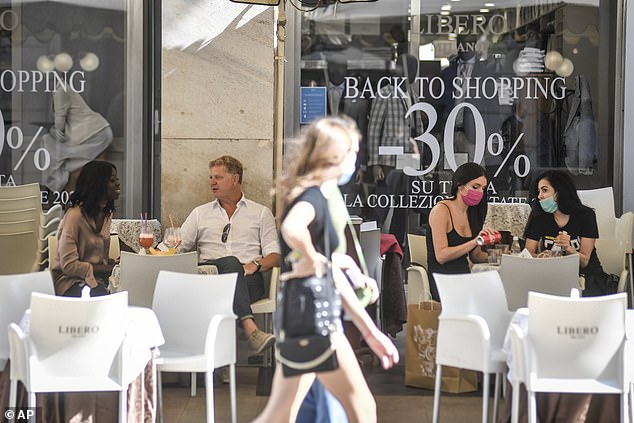 People sit at a cafe in Milan, Italy. On Monday, Italians enjoyed a day of regained freedoms, including being able to sit down at a cafe or restaurant, shop in retail stores or attend church services such as Mass

The total death toll since the outbreak came to light on February 21 now stands at 32,007 the agency said, the third highest in the world after those of the United States and Britain.

The number of confirmed cases since the start of the outbreak amounts to 225,886, the sixth highest global tally behind those of the United States, Russia, Spain, Britain and Brazil.

People registered as currently carrying the illness fell to 66,553 from 68,351 the day before.

There were 749 people in intensive care on Monday, down from 762 on Sunday, maintaining a long-running decline. 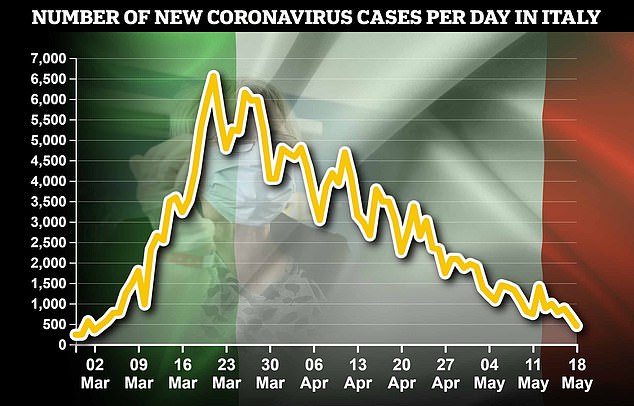 New cases increased by just 451 against 675 on Sunday, the lowest daily figure since March 2

The agency said 1.959 million people had been tested for the virus against 1.933 million on Sunday, out of a population of around 60 million.

More than 800,000 businesses which have been under lockdown since Prime Minister Giuseppe Conte imposed restrictions on March 9 were allowed to reopen on Monday, said Confcommercio, Italy’s largest business association.

Signs in the windows of some still-closed shops read: ‘Without government aid, we CANNOT reopen’. 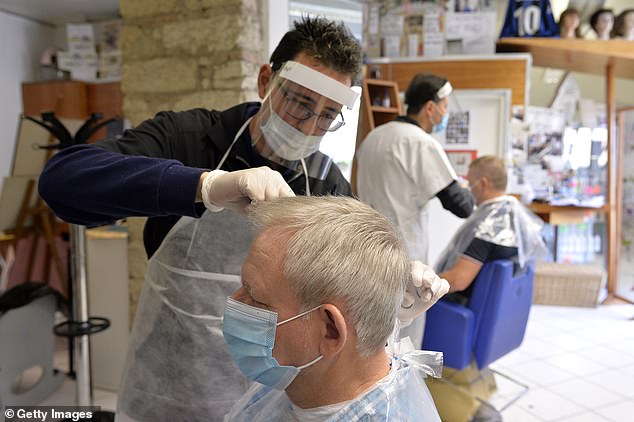 Local hairdressers and barbers reopen their shops for the first time since the beginning of the lockdown today in Trento, Italy 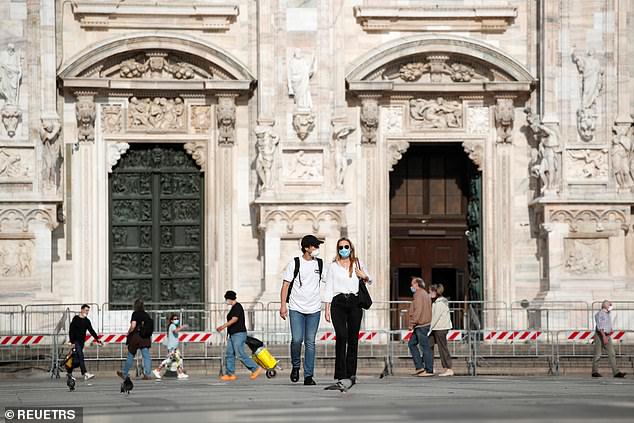 Families, friends and colleagues can now see who they want, at home or outside. Large public gatherings, however, are still forbidden.

On May 25, gyms, swimming pools and sports centres will reopen.

On June 3, people from Europe’s Schengen passport-free zone will be able to travel to Italy, hopefully relaunching the vital tourism industry.