The Mafia is handing out food to Italy’s needy and offering interest-free loans to impose control over people’s lives and capitalise on the country’s coronavirus crisis.

Anti-mafia author Roberto Saviano, who wrote the script for Italian crime drama Gomorrah, told journalists yesterday that at the most basic level, the mob is handing out groceries to the poorest Italians to ensure favours once the crisis is over.

He added they are also preparing to snatch up struggling businesses as the country awaits European funding to boost its battered economy.

Saviano, who is currently under police protection in New York after the release of the series, is an expert on mafia groups and how they have successfully expanded beyond drugs and other illegal activity to worm their way into otherwise legitimate businesses and sectors across the world.

In Italy’s southern capital Naples, moneylenders, on orders of the Camorra, have cancelled interest on debt, Saviano said.

‘For what purpose? For favours,’ he said.

That could be votes, or allowing someone to put their name on a contract as a front for the mafia, he added.

Saviano’s fears have been echoed by both anti-mafia investigators and politicians as the virus batters Italy.

The country’s death toll has officially reached 18,279 since the end of February, the highest in the world.

‘For over a month, shops, cafés, restaurants and pubs have been closed,’ Nicola Gratteri, head of the prosecutor’s office in Catanzaro, told the Guardian.

Gratteri added that millions of Italians work in the so-called ‘grey economy’, meaning they have no income and have been without money to support themselves for more than a month.

‘The government is issuing so-called to support people,’ she said.

‘If the state doesn’t step in soon to help these families, the mafia will provide its services, imposing their control over people’s lives.’

As the mafia tries to get its claws into the country’s most vulnerable citizens, Pope Francis Wednesday slammed ‘the mafiosi and the loan sharks’ who are exploiting the coronavirus pandemic to make a quick profit.

The head of the Catholic church, 83, made the comments at the start of his morning Mass, which was live-streamed from Casa Santa Marta in Vatican City.

He asked people for a change of heart from trying to make money from the misery of others, and decried the ‘hypocrisy’ of how some politicians are dealing with the crisis. 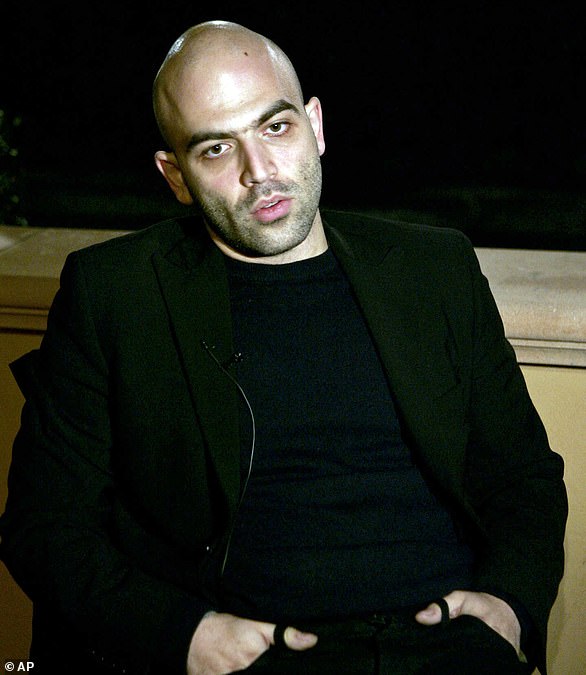 Pictured: Roberto Saviano, a writer and expert on the Neapolitan organised crime syndicate, the Camorra, during a 2008 interview in Naples. Saviano warned yesterday that the mafia’s ‘goodwill’ gestures to the needy during the coronavirus crisis is a means of getting support for their criminal plans

Gratteri, the prosecutor from Catanzaro, said the tactic of food distribution is a well-used tool in the mob’s arsenal and that they offer the food for free, as a means of ensuring later support for their criminal plans.

The south of the country, which is poorer than the north, is the most at risk from mafia infiltration.

A larger police presence has been deployed to the impoverished neighbourhoods of Naples, where criminal organisations have begun to distribute food packages to the homes of people in need. The men have been linked to the Neapolitan Mafia, known as the Camorra, the Guardian reported.

LaRepubblica reported that the brother of one prominent mob boss was distributing similar packages in Palermo.

Giuseppe Cusimano, whose brother Filippo was tried as a boss of the Cosa Nostra in Palermo last year, lashed out at the journalist who covered the story, claiming that he was simply being charitable.

Italy’s top government anti-mafia investigator Giuseppe Governale said last month that the mob would ‘turn threats into opportunities’ after the economic fallout from the coronavirus crisis.

Italy’s mafias were ‘caught on the back foot by the virus, but are now organising themselves,’ he added.

The mafia ‘is already carefully planning ahead to when the economy will start to be rebuilt,’ said Governale, who heads up Italy’s anti-mafia investigation directorate (DIA).

‘There will be a lot of money going around.’

The 62-year old Sicilian said his team was preparing a plan to combat mafia infiltration.

‘They will be looking for loopholes in the system. We’ll have to keep our eyes open for… suspicious operations, the creation of new companies, dummy corporations.’ 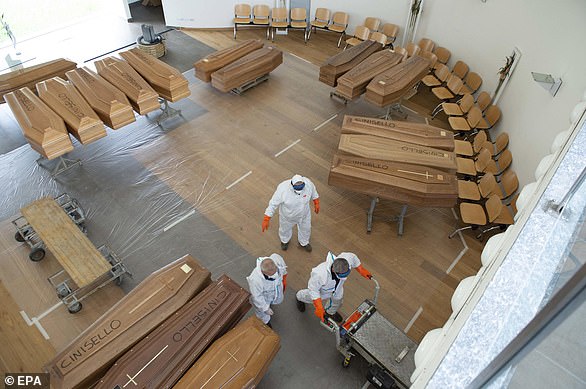 Giuseppe Pignatone, a former mafia-hunter in Reggio Calabria, said the epidemic would ‘inevitably make the judiciary’s job more difficult over the coming weeks and years’.

The trials of hundreds of defendants have ground to a halt.

The redirection of police resources over the crisis could also contribute to the mafia blossoming, as officers ‘already weighed down by new roles may have to face public order problems,’ he said.

After weeks of wrangling, EU finance ministers agreed a 500-billion-euro rescue for European countries hit hard by the coronavirus, but put aside the demands from Italy and France for pooled borrowing.

‘In Italy, the mafia is just waiting for a new shower of money from Brussels,’ wrote Die Welt columnist Christoph Schiltz, warning against Europe handing out funds with ‘no limit’ and ‘without any control’.

Asked about the article, Saviano said its premise was ‘reasonable,’ but misinformed.

‘It’s the opposite,’ Saviano said. ‘The mafia is only waiting for a crisis.’

Failed companies, he said, will suddenly find themselves with new mafia-linked partners. 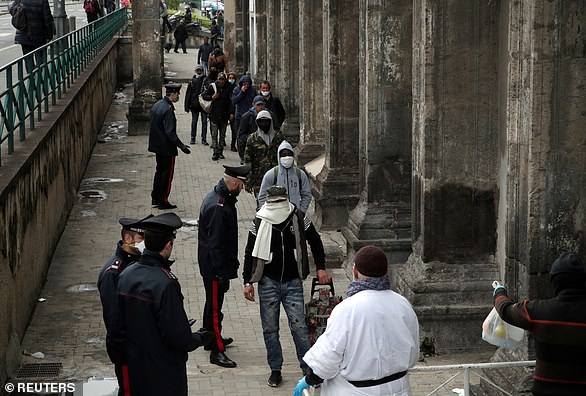 ‘This is having a raided economy,’ Saviano said.

Late last month, Saviano warned in an interview with Italian daily La Repubblica that the breadth of economic sectors infiltrated by the various mafias included many of those central to the coronavirus pandemic.

‘That’s how they’ll make money,’ he told the paper.