This is the moment a webcam caught video footage of a volcano on an Italian island spitting fireballs in a dramatic explosion.

The active volcano located on the Italian island of Stromboli is known to erupt frequently and sometimes causes deaths.

Alarming footage shows Mount Stromboli erupting in the early hours on Sunday morning, believed to be at around 3am, causing some vigorous fireworks. 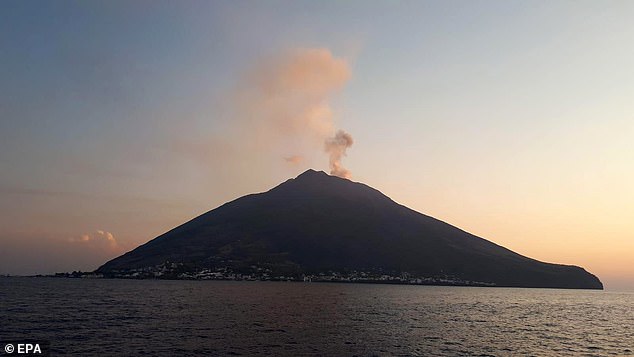 The volcano is the main attraction on the Italian island, which holds around 500 people

No people on the island were injured by the eruption and no damage was caused as the explosion only affecting the crater and the vent of the volcano.

However, the National Institute of Geophysics and Volcanology did manage to spot some debris and lava travelling down the slope of the volcano and onto an area where residents occasionally hike during the day.

An eruption at Mount Stromboli last July killed one hiker and forced several residents to run towards the sea in fear of their lives. 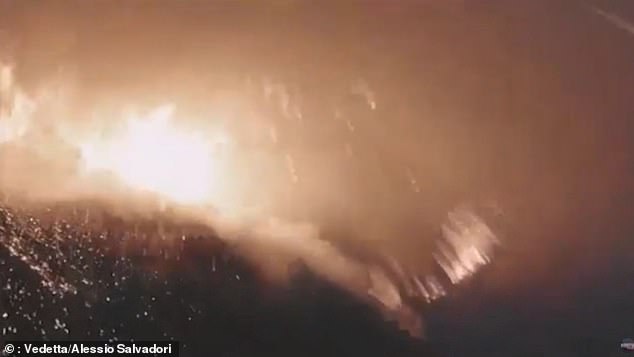 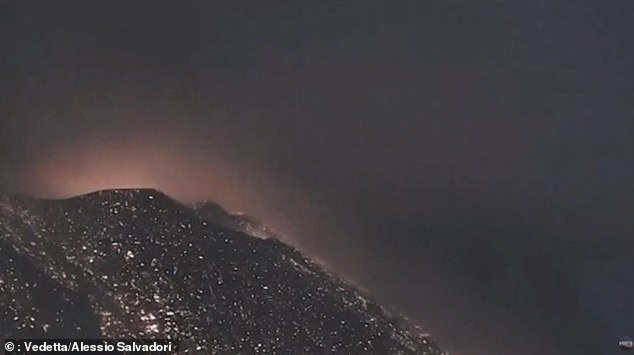 Thankfully, no residents were hurt or killed by the explosion. Mount Stromboli did kill one hiker during an explosion in July 2019

The hiker was killed after being hit by flying debris at the beginning of the eruption, which took place just before 5pm in the afternoon.

A second eruption occurred on August 28 that year at 10am, causing ash to rise up to 2km high, but there were no casualties.

The island is believed to have a population of 500 people, according to records taken in 2016.