Roll over Beethoven: It’s 250 years since the great composer’s birth… and his home city is tuning up

By Mal Rogers For The Daily Mail

Ludwig van Beethoven was arguably better at what he did than anybody else who has ever lived.

Bach, Michelangelo, Leonardo da Vinci, plus a handful of scientists and writers might give him a run for his money. But only the most churlish would disagree that the German composer knew a thing or two about music.

Today, almost 250 years after Beethoven’s birth, his work remains the mainstay of the classical repertoire.

German classic: Munsterplatz in Bonn, Germany, with its Beethoven statue 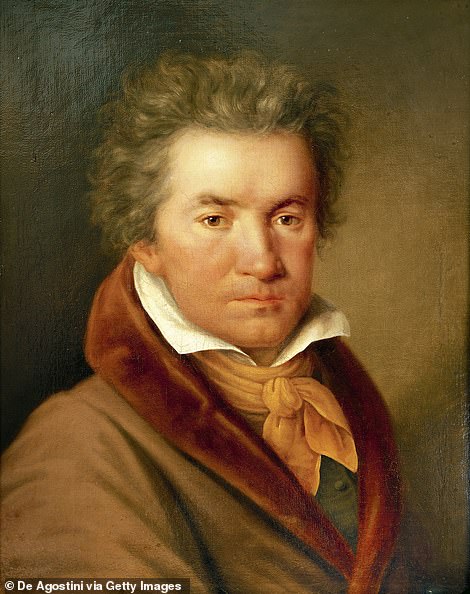 This being his sestercentennial year, concert seasons, gala performances and mega celebrations were planned across Europe. But the pandemic intervened, and most events have been postponed until 2021.

Beethoven was born in the Rhineland city of Bonn. Now, between you, me and the Berlin Wall, Bonn represents as good a city break as any of its more vaunted neighbouring Teutonic cities. OK, it might not be the city that never sleeps — but it has much to offer.

You’ll be struck by Beethoven sonatas hanging on every breeze. It’s charming. You’ll also be struck by the sight of the Romanesque spires that adorn one of Germany’s oldest cathedrals. Named after two martyred saints, the 13th-century Basilica of St Cassius and Florentius was badly damaged during World War II.

But it rose from the ashes to become a noble building once again, and a significant example of medieval Rhenish church architecture.

Just across the cathedral square, within view of the Rhine, runs Bonngasse. We’re looking for number 20, where in December 1770 Beethoven was born.

The vine-covered house, looking out on a cobbled inner-courtyard, is now home to the Beethoven-Haus Museum. Inside it’s stuffed with portraits, scores, notes, instruments, batons and manuscripts.

Refurbished for the anniversary, the building houses the console of an organ the young Ludwig played, the viola he used in a court orchestra, and his last grand piano.

The museum poignantly describes Beethoven’s worsening deafness and the despair that went with it. And in an exhibit that might be filed under Too Much Information (TMI), a medical checklist reveals that he also suffered from chronic diarrhoea.

A short stroll from Bonngasse stands the 14th-century gothic church of St. Remigius. This is where baby Ludwig was baptised — the marble-bottomed baptismal font survives.

Nearby is Palace Church, where, as a child, he was assistant court organist. Ludwig gave his first performance when he was seven, although the promotional material said he was six — the same age as Mozart when he gave his first recital the previous decade. 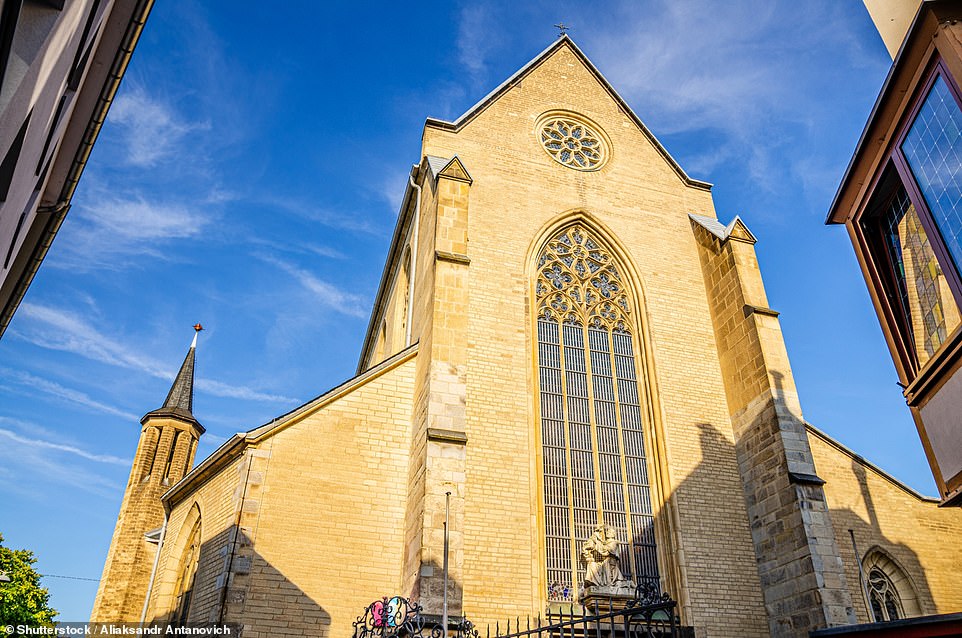 The 14th-century gothic church of St. Remigius. This is where baby Ludwig was baptised

For authentic Beethoven nosh, stroll down to The Em Hottche at Markt 4, one of Bonn’s oldest restaurants dating back to 1389.

It’s believed Beethoven wined and dined here, ‘entertaining a lady friend’, according to the cafe literature.

The two epicentres of Beethoven’s life were Bonn and Vienna. The composer wrote many of his most famous works in the Austrian city. Both will be hoping that 2021 will see a return to normal life.

Until then, it’s something of an unfinished symphony.