It’s a boy! Patrick Kennedy and his wife welcome their fifth child

Former Rhode Island Congressman Patrick Kennedy and his wife have added another boy to their brood.

As the family left the hospital on Tuesday, his father remarked how it would have been his uncle John F. Kennedy’s 101st birthday.

Patrick Kennedy is with his wife Amy, their fifth child Marshall and their four other children (l-r), Nell, two, Owen, six, Harper 10, and Nora, four, at the AtlantiCare Regional Medical Center in New Jersey

‘As we reflect on the tragedies of the past, Amy and I are hopeful that this child will know a more compassionate, connected world-one my aunts, uncles and father fought for every day,’ he said in a statement to Press of Atlantic City.

Earlier, the former congressman announced the happy news in a tweet.

He said: ‘Amy and I are pleased to announce the newest member of our family: Marshall Patrick Kennedy!’

He also took to Facebook to thank the ‘amazing staff’ at the hospital and shared more photographs of his happy brood.

The post included a sweet photograph of their four children doting over Marshall who was wrapped in a swaddle and placed in his older brother Owen’s lap. 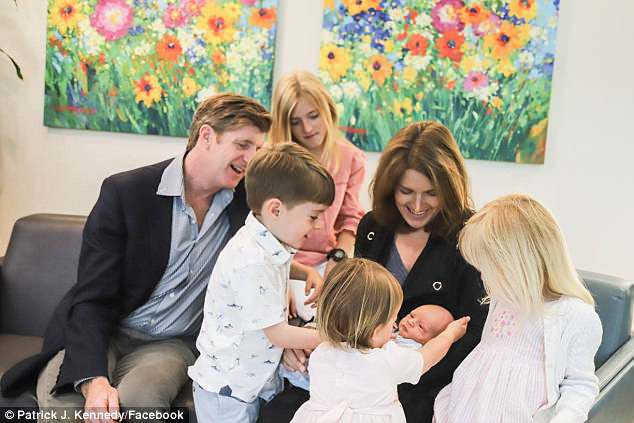 Nell, Kennedy’s two-year-old, cooes over her baby brother in the hospital as the rest of the family watches on 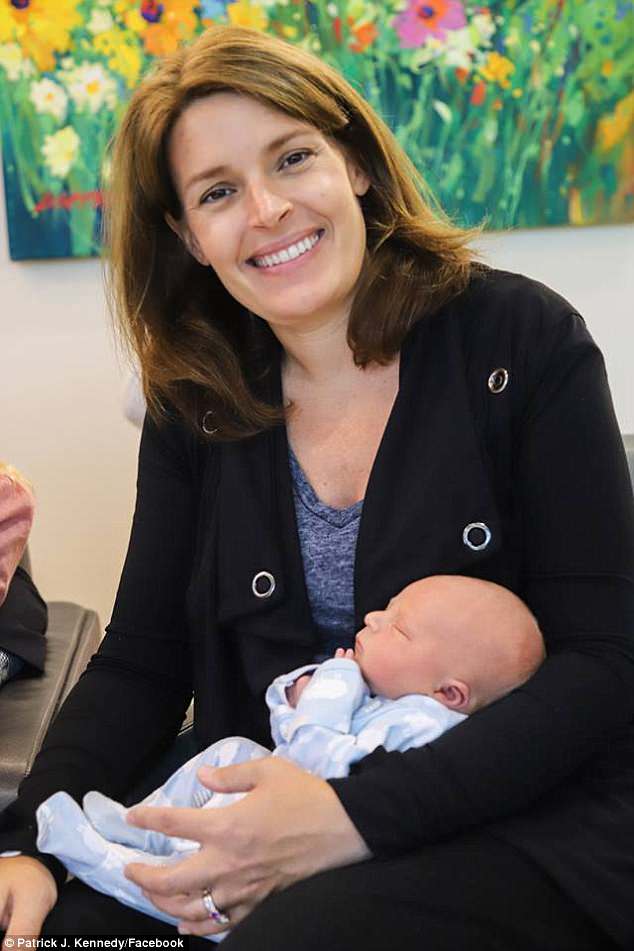 The former congressman’s wife Amy gave birth on Sunday. She was a picture of health and happiness as she posed for family photos with Marshall on Tuesday

The former congressman announced the happy news on Twitter on Tuesday 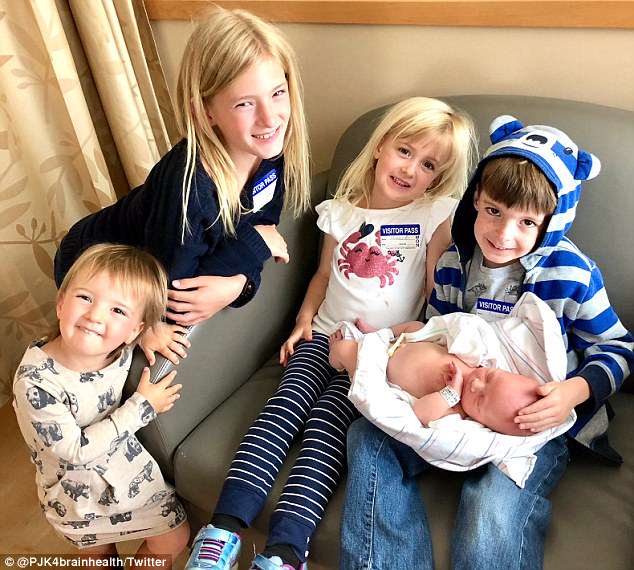 Patrick Kennedy and his wife Amy welcomed their fifth child, Marshall, on Sunday. He is pictured with siblings Owen, 6, Nora, 4, Harper, 10, and Nell, 2 (L-R)

It was not until earlier this month that Amy’s pregnancy became common knowledge when she appeared with a burgeoning bump at an event.

Amy Kennedy was a public school teacher for more than 15 years and serves on the board of Mental Health America.

Kennedy, a Democrat, was elected in 1994 and chose not to run again in 2010, the year after his father, Massachusetts Sen. Edward Kennedy, died.

Kennedy has written and spoken publicly about his long struggle with bipolar disorder and drug addiction. He has become an advocate for a stronger mental health care system.