It’s a miracle! Statue of the Virgin Mary in a New Mexico church seems to be CRYING!

A Virgin Mary statue is apparently crying tears that smell like roses.

Churchgoers at Our Lady of Guadalupe in Hobbs, New Mexico, first noticed it during Mass on Sunday.

The church’s pastor, Father Jose ‘Pepe’ Segura said a parishioner told him about the tears and he saw people wipe the statue’s face only to have the tears reappear.

‘That’s when I saw that she really was crying,’ Father Pepe told the Las Cruces Sun Sentinel. ‘I think it’s a reminder for all of us to get closer to God and to stop being violent.’

The statue of the Virgin Mary at Our Lady of Guadalupe in Hobbs, New Mexico seems to be crying 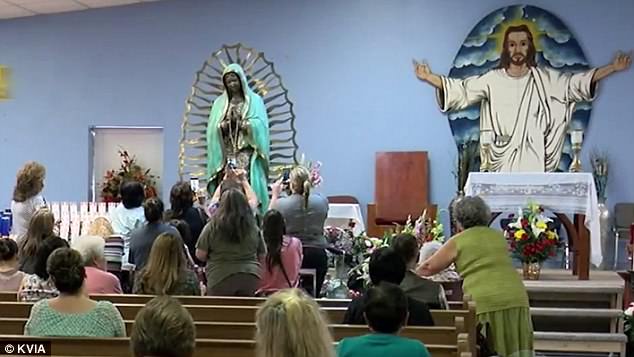 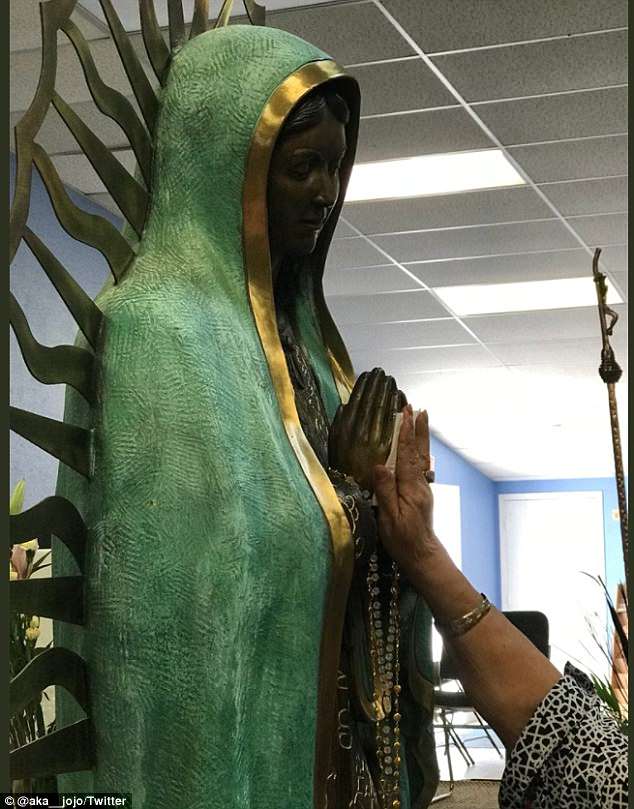 The church stayed open round the clock as people came from all over New Mexico and even as far as Texas to see what the faithful are calling a miracle.

One man, Peter McDonald of Midland Texas, took his five children out of school to see the crying Virgin.

He told KVIA-TV: ‘It’s an unbelievable blessing to be out here in west Texas and in the middle of nowhere, to have the statue here weeping like this, is just amazing.’

On Thursday, the Diocese of Las Cruces New Mexico came in to test the tears, to determine if this is, in fact, a miracle.

Deacon Jim Winder, the vice chancellor of the Diocese said that it will take a lot of testing,  he told KOB-TV that ‘you can’t prove a miracle, but you can disprove all other explanations’. 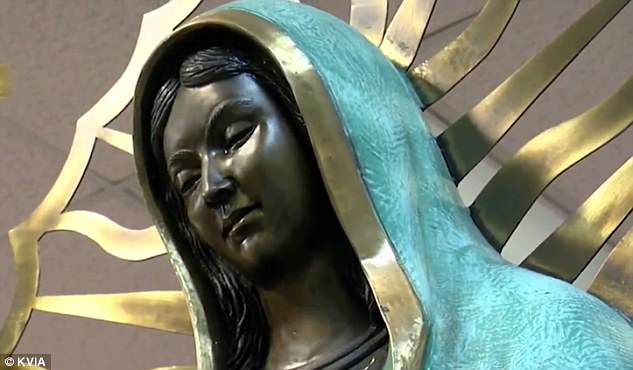 Those who have been in her presence say when they wipe the tears away, new ones appear 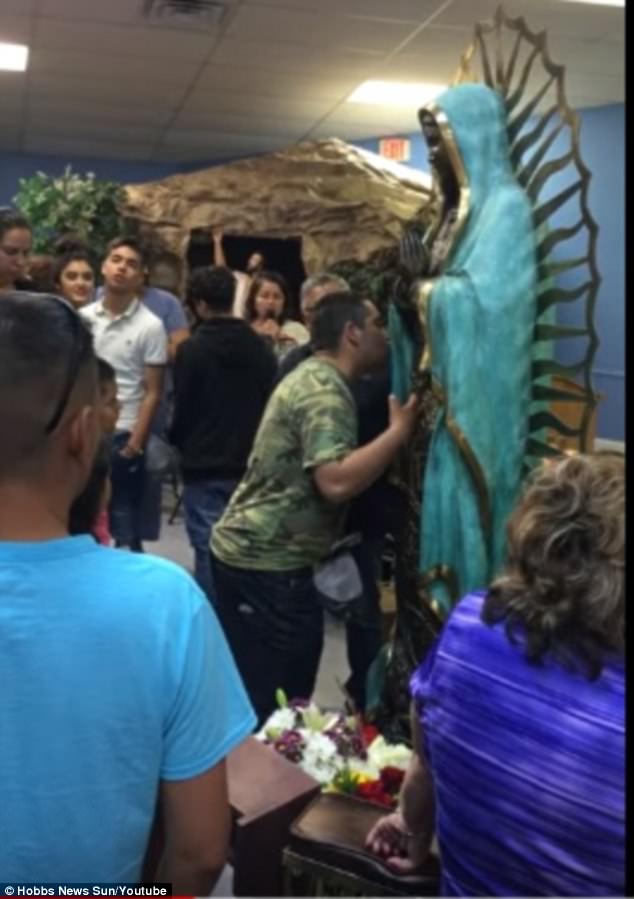 A parishioner kisses the statue after saying a prayer in front of it.  People wait for hours for just a moment with the statue.

The church was closed for four hours while the officials collected samples of the ‘tears’.

They will also x-ray the statue, interview witnesses and dig all the way back to where the statue was made. The process could take years.

But no matter what the Church finds, parishioners are convinced that they witnessed a miracle.

The church will stay open for as long as people keep coming, according to manager Judy Ronquillo.

She said she’s been going through a hard time, but ‘when I saw this, everything went away. This is a miracle, there is nothing more. We know there is a God. In the past, when I see this, I see this on TV. We don’t see it in Hobbs, New Mexico. Not until now. I believe it’s a miracle.’