Surrounded by mountains and looking out over the sea, Canada’s third biggest city (population 2.4 million) consistently tops the charts of the most livable cities in the world — and for visitors it has something for everyone.

The people are friendly and it’s easy to get around, too — there’s an underground metro but you can walk from one side of Vancouver to the other within half an hour.

Weather is similar to that in Britain.

Homely: Canada’s third biggest city consistently tops charts of the most liveable in the world 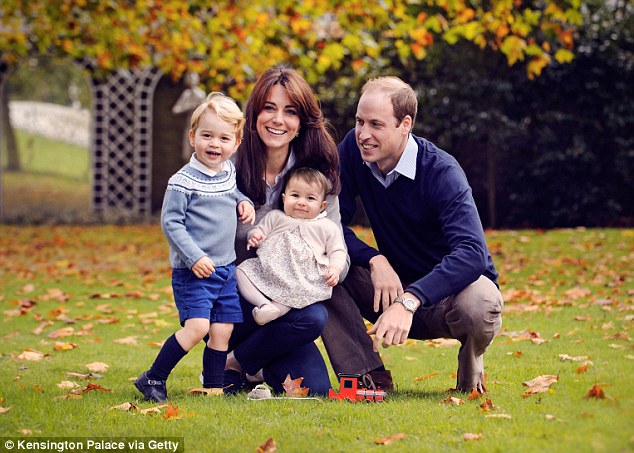 En route: The Duke and Duchess of Cambridge arrive in Vancouver tomorrow morning 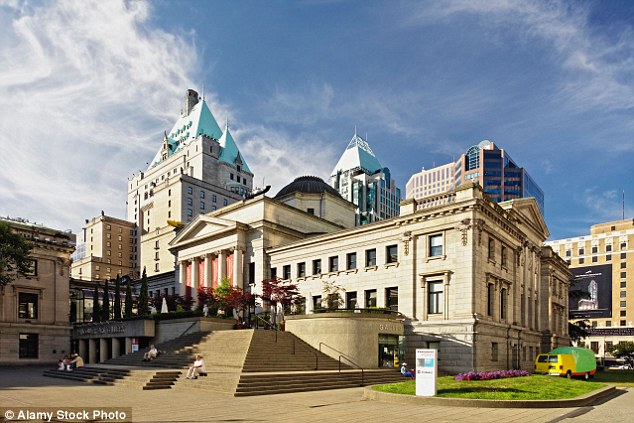 Impressive: Vancouver Art Gallery, set on Hornby Street and slotted into the old court house, is is currently playing host to the largest exhibition of Picasso’s work ever presented in the city

It’s often referred to as the ‘city of glass’ or ‘the see-through city’, and most of the downtown area ascribes to this West Coast style of architecture.

There’s little to see from the distant past, but City Hall, a white stone structure on Main Street — completed in 1936 — is a good example of Art Deco, as is Lions Gate Bridge.

To soak up more design history, visit Vancouver Art Gallery on Hornby Street. It’s within the old court house, and is playing host to the largest exhibit of Picasso’s work ever presented in the city. 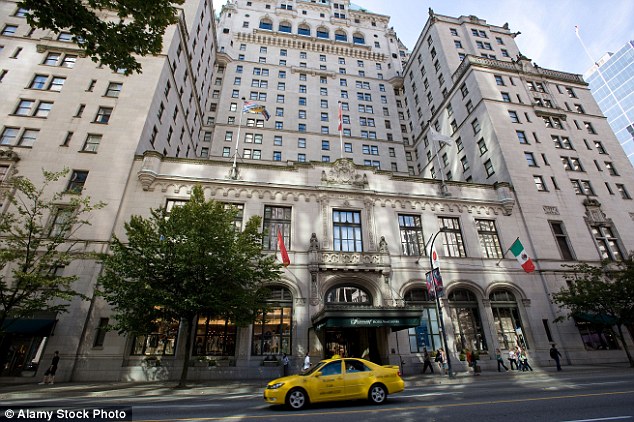 Fittingly known as the ‘castle in the city’, with its green copper spire rising above the glass buildings that surround it, the Fairmont Hotel Vancouver (from £176 a night) has a rich royal history, having been opened by King George VI and Queen Elizabeth in 1939.

It’s perfectly positioned among the shops and bars of downtown. And the Fairmont’s owners are almost as much a fan of dogs as our own Queen. As well as offering pet-friendly rooms, they have a charming Labrador called Beau, who guests can take for walks if they’re missing their own pup.

For somewhere more hipster-chic, the Opus in Yaletown has brightly coloured walls, huge ensuites and iPads in each of its 96 rooms (from £164 a night). 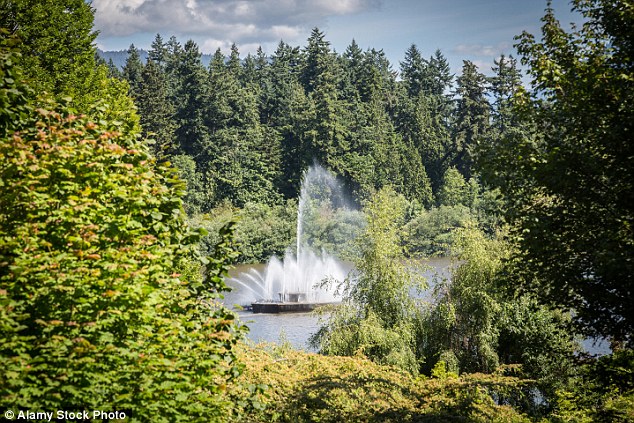 Stanley Park, ideally positioned at the northwestern edge of downtown and outcropping into Vancouver Harbour and English Bay, will provide a good few days worth of family activities.

Spend an afternoon cycling the five-mile perimeter along the sea wall, taking in the majestic Lions Gate Bridge and views of the North Shore mountains. Rent your bike — or tandem — from Bayshore Bicycle Rentals on Denman Street.

The next day, head inside the park with a picnic, before taking a tour in a horse-drawn carriage or visiting the llamas and ponies at the Children’s Farmyard. 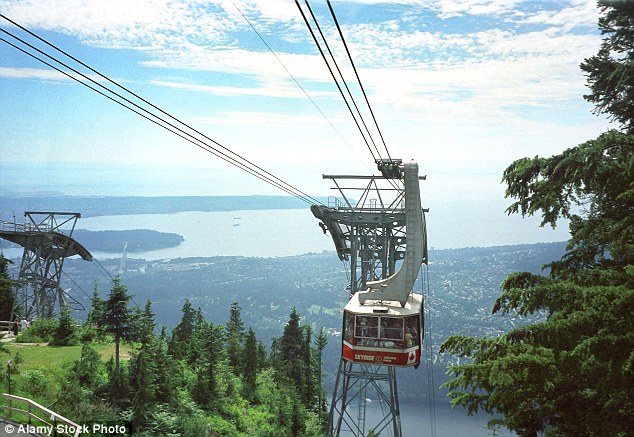 Grouse Mountain looms out of the woods just 15 minutes from the city.

Known as Mother Nature’s Stairmaster or the Grouse Grind, you can hike the strenuous 2.9km of steep steps up to the summit in the summer (or take the gondola if you’d rather not break a sweat). 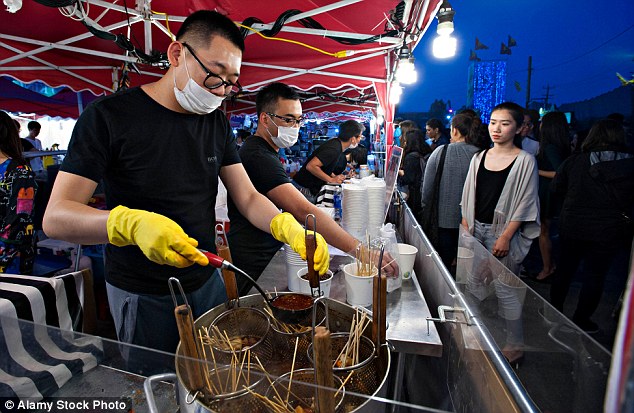 Tuck in: Richmond Night Market, held every weekend in summer, is a fabulous food festival

Kate is said to be a sushi fan, and Vancouver certainly puts its own spin on Japanese food. For lunch, head to Momo on Robson Street, where the portions are generous, the prices cheap.

Richmond Night Market, held every weekend in summer, is an international (mainly Asian) food festival of epic proportions, with more than 1,000 stalls.

SWEET TREATS AND THE PERFECT TIPPLE 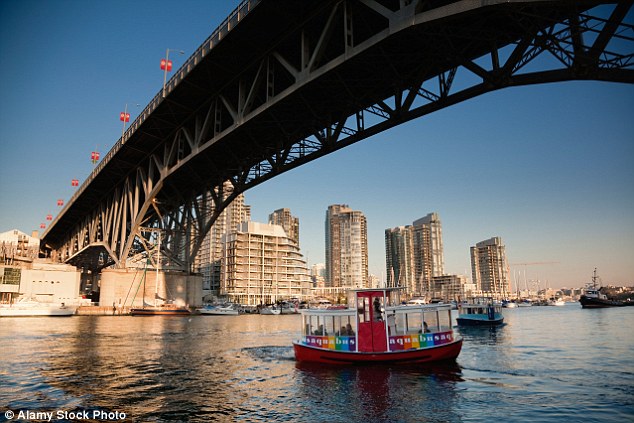 Take the boat: Cross False Creek to Granville Island, where you find a splendid public market

Honey Donuts & Goodies on Gallant Avenue, in North Vancouver’s Deep Cove, serve treats good enough to tempt Canada’s bears into town, as well as what the Canadians believe to be a British drink called the London Fog, which is Earl Grey tea steeped in foamed milk. It’s nice, but not exactly a cup of builder’s.

Travel Facts: Plan your own escape to Vancouver