‘It’s barely big enough for a toy car’: Council mocked for painting a tiny 35-inch double yellow line between a pedestrian crossing and a layby

There’s no doubt they’ve been painted well, but motorists are mystified why council workers bothered with these double yellow lines.

The 35in markings on a street in Saltney, North Wales have been squeezed in between a pedestrian crossing and a layby.

Now residents have ridiculed Flintshire Council for painting the tiny lines, and say they should have prioritised fixing potholes.

Tiny double yellow lines have apeared on the A5104 in Saltney, Chester, September 24, 2019 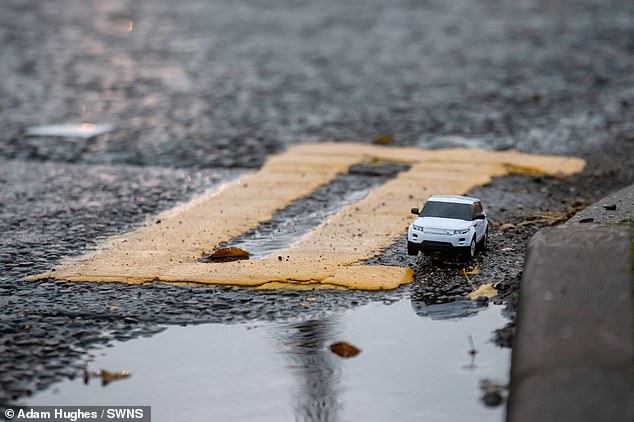 Retired teacher Brian Anderson, 67, said: ‘It is barely big enough for a toy car, let alone a normal one.’

Mother-of-two Andrea Johnson, 35, added: ‘The road is full of potholes yet some bright spark thinks it’s a priority to paint these tiny yellow lines.’

Councillor Richard Lloyd said: ‘I don’t see the point of them, it must be said.’ 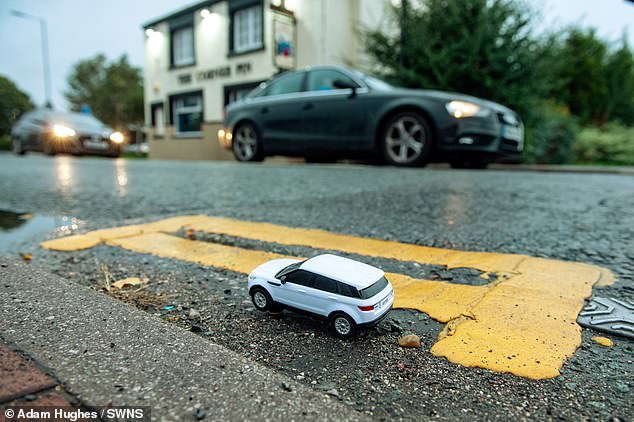 The tiny markings have been squeezed between a pedestrian crossing and a layby in Saltney, Cheshire 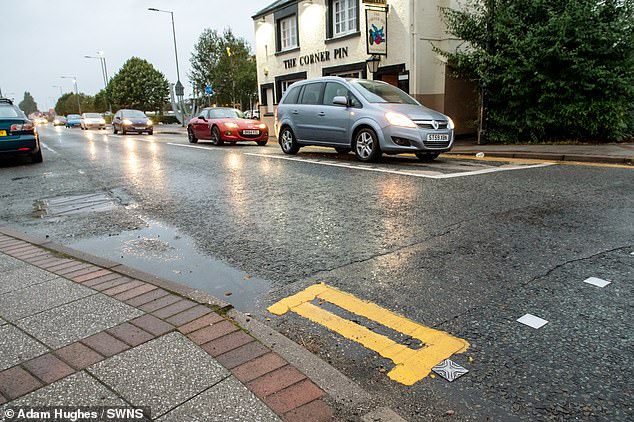 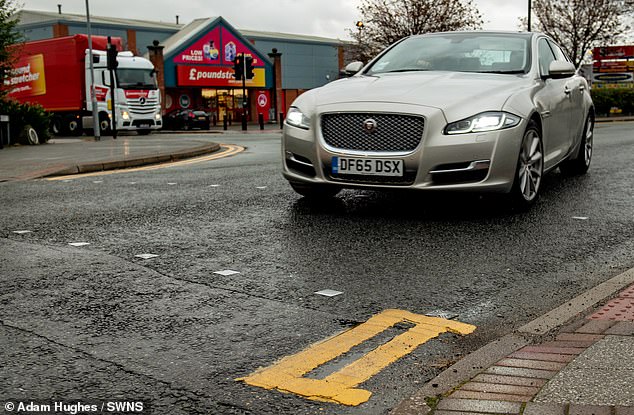 Retired secondary teacher Brian Anderson, 67, said the council must be ‘barmy’ to think someone would park their car there 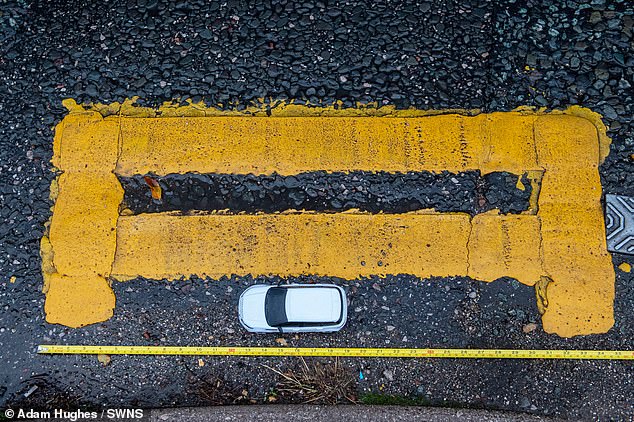