By Sportsmail Reporter For The Mail On Sunday

Arsenal great Martin Keown was left to lament ‘a really sad day’ for his former club and accused under-pressure boss Mikel Arteta of being tactically naive.

Keown, commentating for BT Sport as the Gunners lost 5-0 at Manchester City to go bottom of the Premier League, branded the loss ‘embarrassing’.

‘I feel numb’, said Keown after watching Arsenal lose their opening three league matches in a season for the first time since 1954-55. ‘I don’t think at any point it was really a game today.’ 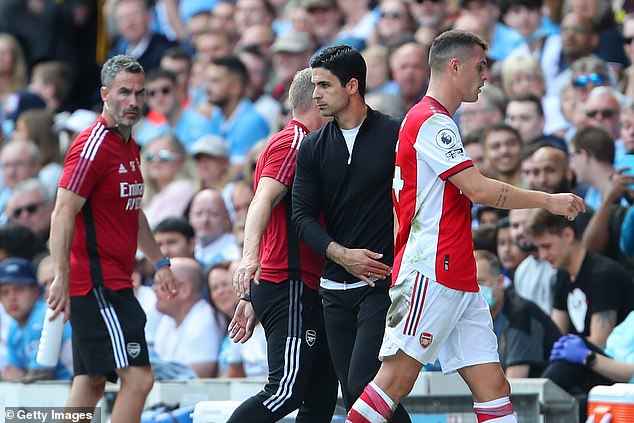 Former centre-back Keown won three league titles and three FA Cups at the heart of a legendary Arsenal defence, and he labelled the current side’s defending as ‘comical’.

‘It is becoming a little bit embarrassing,’ said the 55-year-old. ‘Tactically the way we set up is very naive.

‘What are the tactics? I’m left scratching my head at times. It should be simplistic, if it’s difficult for me to understand it, how are the players going to react to all the changes that are taking place? 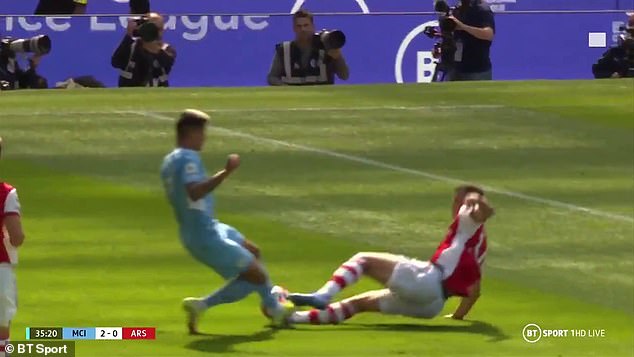 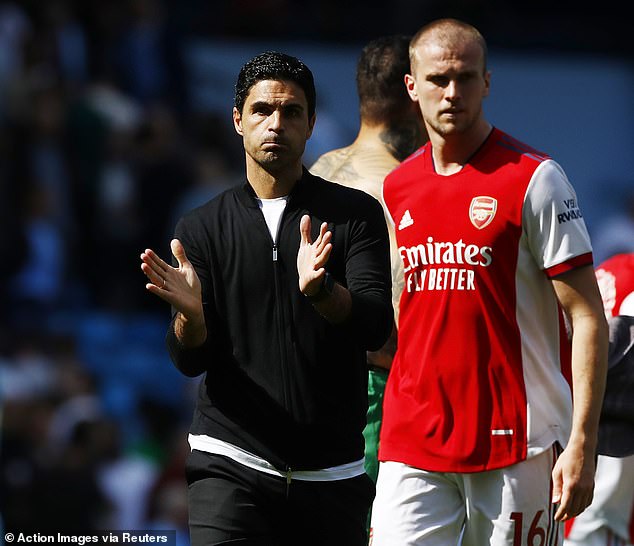 ‘He seems to be flip-flopping between a four and a five. At the moment Arteta isn’t sure and nor are the players.

‘It feels like we have a manager who is conducting an experiment within games. It’s too complex. The goals were comical. This is a really sad day for Arsenal Football Club.’

Keown was particularly critical of the centre-backs — Calum Chambers and Rob Holding — who were out-muscled and out-jumped by Ilkay Gundogan and Ferran Torres for two of City’s goals. 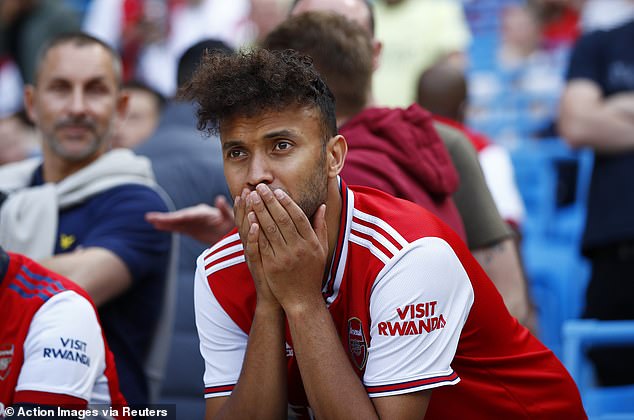 ‘Their body positions are all wrong,’ Keown moaned. ‘You have to stay in touch with your man, open up your body so you can anticipate the cross but stay alive to the man you are marking. It’s so simple.’

Keown’s fellow pundit Joe Cole was equally damning of Arsenal. ‘The club is in disarray,’ he said. ‘Shambolic performance’.

‘This is something that’s been on the cards for Arsenal for ages. Arteta has a hell of a job on his hands.’

Granit Xhaka can have no complaints about his red card. The Arsenal man lunges in two-footed, he’s airborne, completely out of control and has endangered the opponent. That constitutes serious foul play and a red card.

As for the second Manchester City goal, I think VAR has got it absolutely right. There is clearly contact between Aymeric Laporte and Calum Chambers, and Chambers goes over. Contact is part of football and not necessarily to be penalised.

I’m happy with Martin Atkinson’s decision and think the goal would have stood last season as well.