It’s been an amazing title race but for the neutral… who should we want to win the league?

There was a politeness and polish on Friday about the two managers awaiting their date with destiny which made the days of press conference dark arts seem a distant memory.

‘Anfield. We know exactly what it is,’ said Pep Guardiola, having been asked to reflect on his biggest rival reaching the Champions League final in which he had so badly wanted to compete.

‘Thank you for an incredible spectacle,’ was his message for Liverpool. 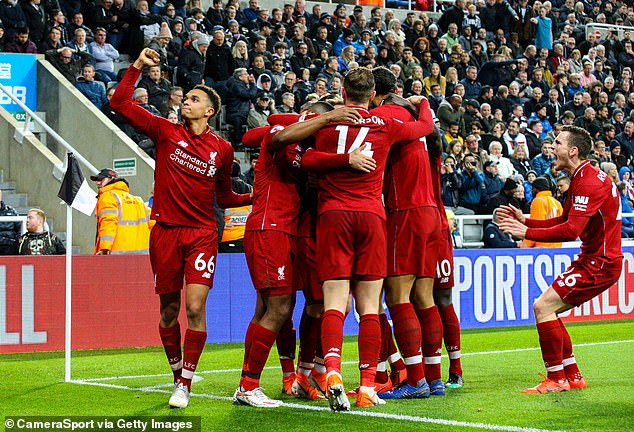 We used to turn up at these events looking for controversies to shape a narrative for the game. But the football has done all the talking in this extraordinary, titanic title clash, which reaches its denouement on Sunday with Liverpool, at home to Wolves, requiring City to slip up at Brighton.

The numbers suggest that, on pure technical merit, Guardiola’s side is the better: 30 more shots on target, 1,874 more successful passes reaching the final third, 320 more touches and 69 more shots in the opposition box. 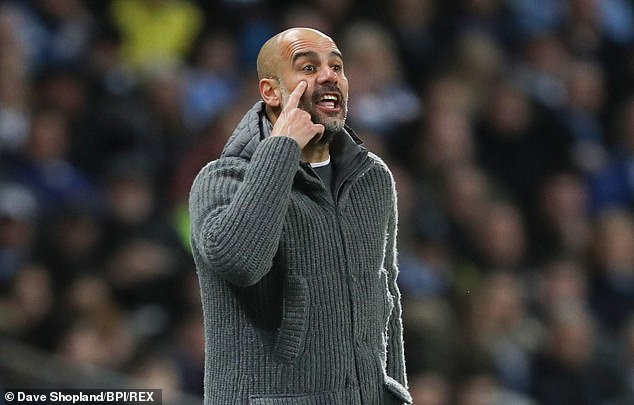 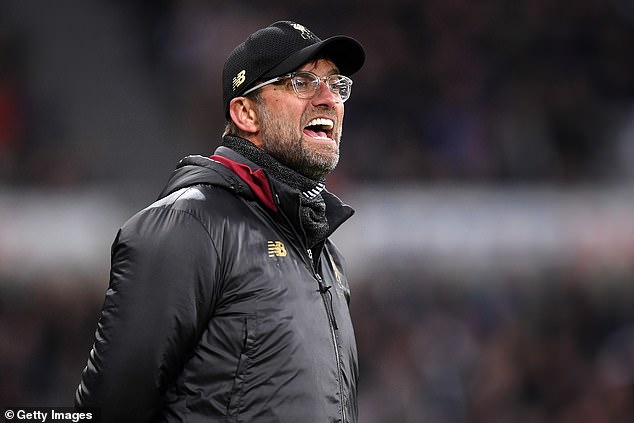 And yet there is a symbolism about Liverpool having made 90 more tackles, winning 49 more of them than City, across the course of a piece in which they have also converted 7.37 per cent more of their big chances.

They’ve been the fighters in this struggle: the heart-stopping team who have thrown the sink at it, time and again, seizing those goalscoring opportunities with all their might because they know the next might not come soon.

Though City’s mid-winter stutter provided one of the season’s pivotal moments — defeats against Crystal Palace, Chelsea and Leicester in 18 extraordinary December days — the signature events were so often Liverpool rescuing themselves. 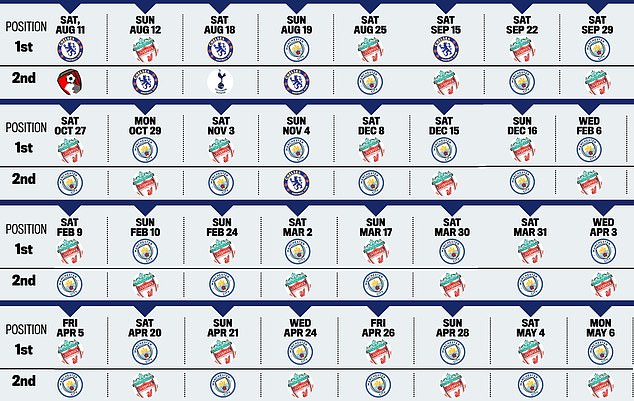 Jordan Pickford’s 90th-minute error in the Anfield derby in early December and Hugo Lloris’s slip-up in the same stadium in late March were monumental, as things have played out.

It is in this old indomitable spirit — so bound up with the collectivist ethos of the city of Liverpool — which makes Jurgen Klopp and his side the favoured ones for many neutrals this weekend.

The 30th anniversary of the Hillsborough disaster was marked last month and though that fight for justice renders anything on a football field a matter of minor significance, many would view the timing of a first Liverpool title since 1990 as deeply fitting. 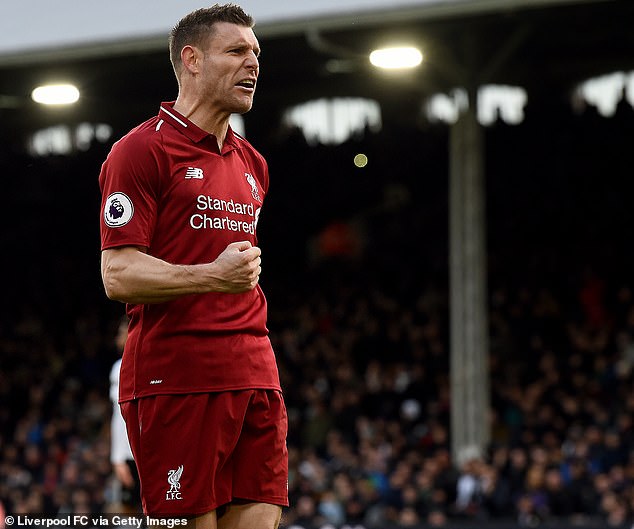 It is emblematic that James Milner, who left City, has been a talisman for Liverpool 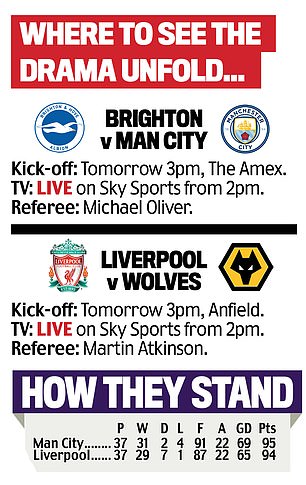 The neutrals supporting Liverpool also say City are a financial juggernaut, constructed by Abu Dhabi petro dollars. This has been the season in which documents, published as part of Der Spiegel’s Football Leaks investigation, suggested City’s owners had circumvented UEFA’s breakeven rules by making payments to friendly corporations who then funnelled that money directly to City in the form of sponsorships.

City have refused to comment but it looked grubby, running against the grain of the club’s supreme football style. UEFA are investigating. Liverpool have spent, too, needless to say, though not the same inordinate amounts.

It has seemed emblematic that James Milner, who left City because their search for the world’s best players left him on the margins, has emerged as an Anfield talisman: a blue collar footballer if ever there was one.

Others whom you doubt would have made the grade for Guardiola — Andrew Robertson, Jordan Henderson and Trent Alexander-Arnold — have become engaging characters in the story. It has helped that Liverpool, as much as any other top-flight club, are willing to let the world in.

They make the pursuit of player interviews less onerous. Klopp, unlike Guardiola, also source of delight. Guardiola said on Friday that Bernardo Silva has been his player of the season. ‘But I don’t have a vote,’ he reflected.

Phil Foden was blooded, contributing to another of this season’s pivotal moments, with his goal against Tottenham last month, followed by the primeval scream which told the world he loves the bones of his hometown club. 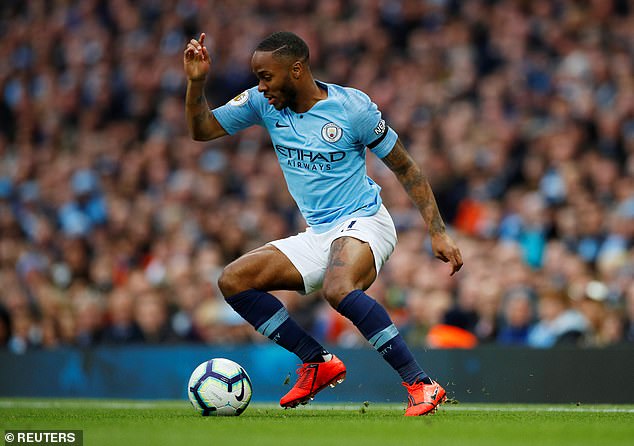 It has also been the season in which Raheem Sterling has emerged as a powerful and articulate presence in the infernal struggle against racism in the game. When Sterling received the Football Writers’ Association Player of the Year award on Thursday he talked for 20 minutes. Rarely has a recipient been willing to linger for so long. The neutrals who want City to win this contest will cite all of this.

And doubtless echo the words of one respondent to a recent BBC survey asking which of the two clubs people wanted to win the league. ‘If Liverpool win we won’t hear the last of it for another 30 years!’ he said.

For some, Liverpool parade a sense of entitlement which goes too far when it comes to the title. On a brick wall in central Liverpool is a giant mural of Klopp beside the words the club uses: ‘We are Liverpool. This means more’.

Fans of rival clubs point to it as an example of self-mythologising. Supporters of City, Manchester United and Everton ask what right Liverpool have to suggest their success ‘means more’. 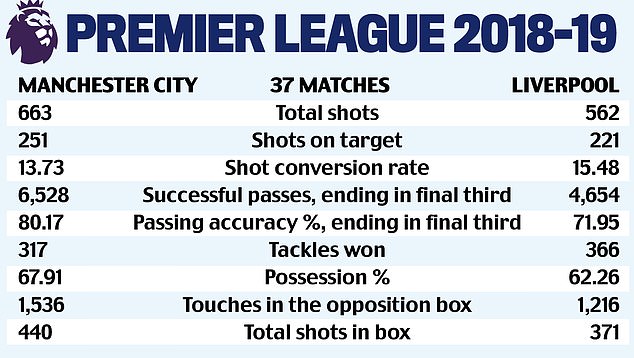 The club’s supporters counter that this was the passion forged in the darkest days of 1980s post-industrialisation, when the club won trophies even as the city was being brought to its knees.

Guardiola looked the more downbeat of the managers on Friday. Klopp breezed into his press conference at which he joked about the standard of his own English, the whereabouts of his water bottle and exuded the air of a man who had just been party to ‘one of the best moments in football history’, as he put it.

Guardiola scratched his neck, hunched in his chair, and gave the appearance of an individual still struggling to get the memory of Champions League elimination out of his head.

‘You lose for one second and people say, “You failed”,’ he reflected. ‘You judge it. I won’t judge it in that way.’ He was right, of course.

His own side’s moments of sublimity this season seem to merge into one another but they have generally belonged to performances of supreme dominance. The 6-0 evisceration of Chelsea, of course, and — less remembered — a quite extraordinary first few minutes at home to Arsenal in early February. 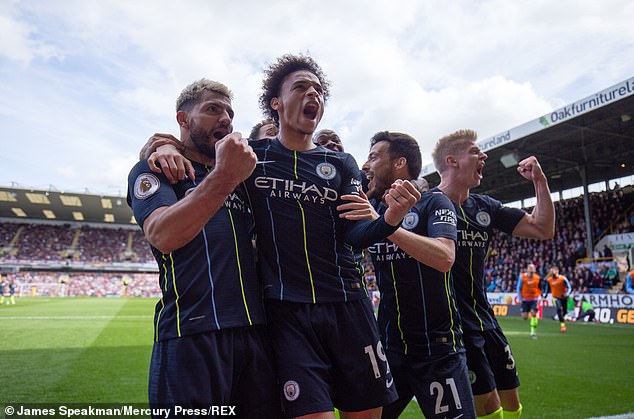 City have been the the team others have feared most, and they deserve to win the league

Liverpool’s powers of recovery and indefatigability have been the more thrilling, will live longer in the mind and will probably secure 97 points — enough to have won the title in every Premier League but the last one. The champions of the land, though, are neither the most enduring nor the most valiant, but simply the best across the course of nine months.

The team with the greatest technical capacity and depth who, quietly and without ceremony, get on with the act of winning. In the Bob Paisley era, it was how Liverpool won titles for years.

Across the course of 37 games, Guardiola’s City have been that team, the one the others have most feared to meet. It is Manchester City who deserve to lift the trophy again on Sunday.