‘It’s chalk and cheese’: Rio Ferdinand highlights the feelgood factor created at Liverpool by Jurgen Klopp in contrast to Jose Mourinho’s struggles, as he says Reds are one of the top four teams in the Champions League

Rio Ferdinand has lauded Jurgen Klopp for fuelling his players’ confidence at Liverpool — and said it is in direct contrast to what is happening at Manchester United.

Liverpool got their Champions League campaign back on track by dismantling Red Star Belgrade 4-0 on Wednesday evening at Anfield.

The German boss could be seen bear hugging his players as they came off the pitch, Klopp lifting Trent Alexander-Arnold clean off his feet as he congratulated the full back.

On the other hand, the atmosphere at Old Trafford is relatively bleak, with Jose Mourinho continually picking fights and hitting the headlines for his abrasive manner.

And Ferdinand believes you could not find two more different approaches to management in the game right now.

Asked about the differences in approach, the former defender said: ‘That’s a squad full of confidence and a manager feeding off that and then feeding the players more confidence by giving them the good vibes and congratulating them on a good performance. 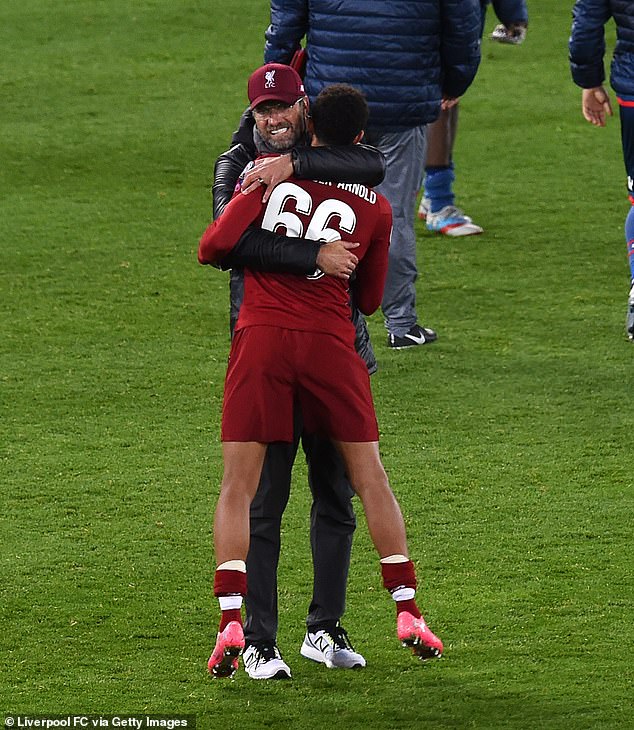 ‘Like you say, at the other [Mourinho] it is a little bit different, the vibe is definitely a massive contrast. It’s chalk and cheese really.

‘It is great to hear a manager congratulate his players on a good performance and seems genuinely pleased and excited by the performances his players are producing for him.’

His fellow pundit in the studio John Arne Riise added: ‘How do you not want to play for a manager like Klopp? 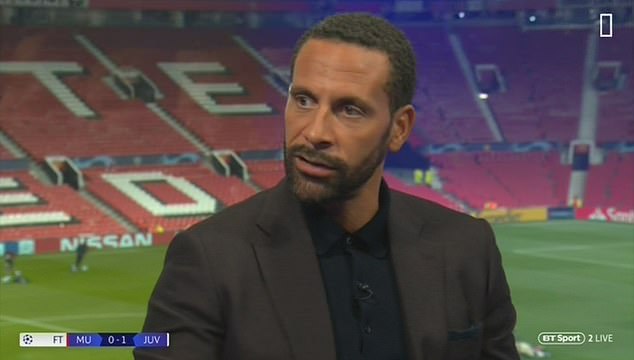 ‘He is so positive, he talks to you, he hugs you, he gives you comfort and helps you grow as a player and a person. It would have been a dream to be a part of his team.’

Liverpool reached the final last season, and Ferdinand sees no reason why they cannot go deep into the Champions League once again this time around.

‘I would put them in the top four or five teams in this tournament,’ he said.

‘I wouldn’t want to be going to Anfield and playing at the moment, the way this team is set up. He gets them at you aggressively without the ball let alone with it.