It’s not just your legs! Scientists find exercising too much may also make your brain TIRED

They say exercise is energising – but too much could make your brain so tired it’s unable to function as well.

Researchers found triathletes who stepped up their training routine were not only physically worn out but had mental fatigue, too.

Their decision-making ability was worse, as scientists found they were less able to think rationally and avoid temptations.

Brain scans showed they had less activity in the area of the brain involved in control, part of the prefrontal cortex, after exercise.

This is because their brain is essentially burnt out due to the mental effort exerted trying to reach exercise targets, scientists say.

Scientists find excessive exercising can make your brain tired. Athletes in a study were less able to make a think rationally and avoid temptations. Stock photo

Co-author Dr Mathias Pessiglione, of Hôpital de la Pitié-Salpêtrière in Paris, said: ‘You need to control the automatic process that makes you stop when muscles or joints hurt.

‘The lateral prefrontal region that was affected by sport-training overload was exactly the same that had been shown vulnerable to excessive cognitive work in our previous studies.

‘This brain region therefore appeared as the weak spot of the brain network responsible for cognitive control.’

The initial idea for the study arose from the National Institute of Sport, Expertise, and Performance (INSEP) in France, which trains athletes for the Olympic Games.

Athletes reported suffered from ‘overtraining syndrome’, in which their physical performance plummeted and they felt overwhelmingly fatigued.

The team, led by Dr Bastien Blain, wanted to assess whether the brain was being affected by overtraining the same way as it would be with excessive intellectual work. 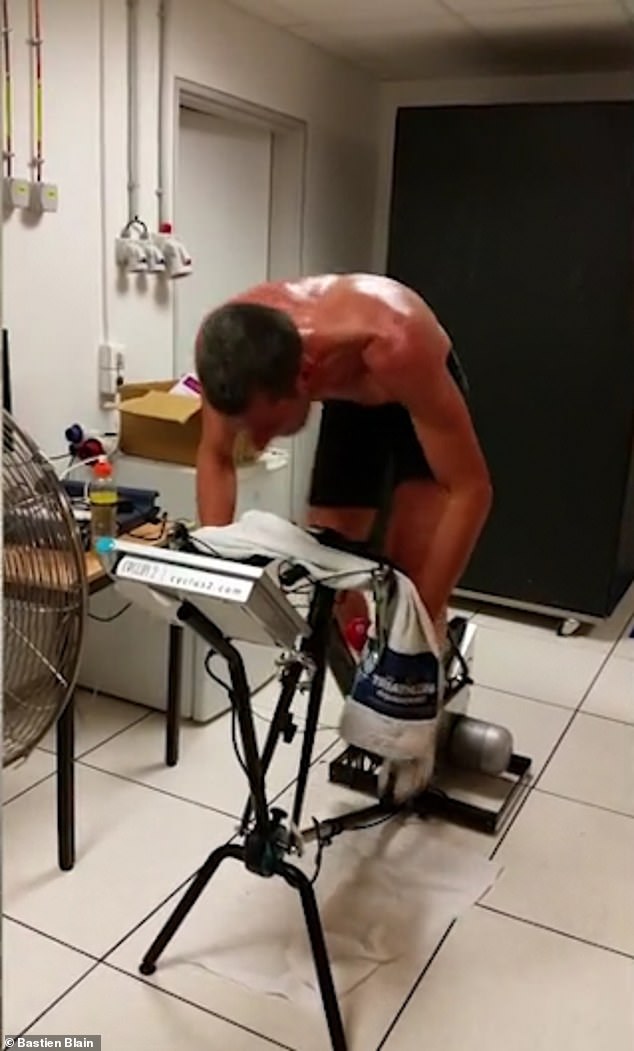 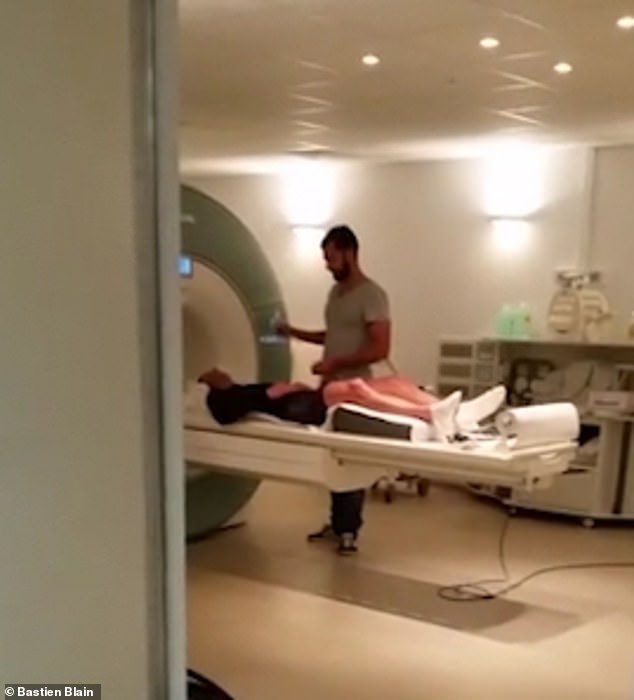 Scientists have found swathes of evidence that exercise is good for the brain.

Moderate levels – three times a week – and eating healthily could reverse the mental decline of ageing by almost a decade, according to a study at Duke University Medical Centre in the US.

The team found older people who exercised for around 100 minutes a week, coupled with a diet high in wholegrains, fruit and vegetables, scored better in tests measuring planning and organisational skills, which can fall away in older age.

The study recruited 160 sedentary people with an average age of 65 who did not have dementia but had problems with decision-making and planning.

A quarter did 35-minute sessions of walking, cycling or jogging three times a week for six months, while eating a healthy diet.

These people started out with an average mental age of 93, determined by a series of thinking-skills tests. But after six months, their mental age had improved to the level of an 84-year-old.

Exercise and healthy diet are thought to improve thinking skills by helping the heart work better, thereby increasing blood flow to the brain.

The study was published in the journal Neurology.

Participants were assigned to either continue their normal training or to increase that training by 40 per cent per session over a three-week period. They were monitored to ensure they weren’t exercising to a harmful level.

The participants’ subjective experience of fatigue was measured using questionnaires every two days.

On ‘rest days’ of their training programme, participants were put through a series of cognitive tests in between cycling exercises.

When off the exercise bike, the athletes were asked whether they wanted to take a small amount of money immediately or wait for a larger amount, in a hypothetical scenario.

At the same time, the researchers conducted MRI scans to assess what was happening in the brain.

The study showed athletes who were over-trained acted more impulsively, and favoured immediate rewards over bigger rewards that would take longer to achieve.

Brain scans showed they had showed reduced activity of the lateral prefrontal cortex as they made those choices.

The lateral prefrontal cortex is a region of the brain which plays a crucial role in decision-making and processing rewards.

The findings, published in the journal Current Biology, suggest a connection between mental and physical effort – both require cognitive control.

The authors wrote: ‘Cognitive control is needed whenever habitual processes must be monitored, interrupted, and modified so as to better align the behavior to long-term goals.

‘Maintaining physical effort for the sake of fitness, when aversive signals, such as aching muscles, call for stopping, should therefore require cognitive control.’

The team warn that, while endurance sport – such as running or cycling – is generally good for your health, overdoing it can have adverse effects on your brain.

Even bad decisions in the political, judicial, or economic domains can be prevented by cutting back on exercise, they believe.

Dr Pessiglione said: ‘Our findings draw attention to the fact that neural states matter: you don’t make the same decisions when your brain is in a fatigued state.’