Fast food delivery drivers are now paying more for car insurance than any other profession, including footballers and taxi drivers, research shows.

At the other end of the spectrum, retirees and occupational therapists land the cheapest deal with an average quote from £395 per year.

Whopper: Fast food delivery drivers pay the most for car insurance premiums, more than footballers, taxi drivers and any other delivery roles

It’s common knowledge that age, and location can significantly affect the price of your car insurance, but research suggests that your job title may leaving you with higher premiums than you expected.

The average premium depending on profession in Britain for drivers comes in at £549.55 per year, with the most expensive averaging £1,350 and cheapest at £400.

Footballers, who historically top the charts for priciest cover because of flashy cars, hectic lifestyles and high profile incidents typically pay £1,330 a year, with taxi drivers paying around £1,010.

Hospitality workers such as waiters, and cafe owners are amongst the most expensive professions for car insurance, while librarians pay only £50 a year less than taxi drivers.

A librarian listed in the top five might be quite surprising to some but it has featured in the list of most expensive professions for two years running, though it remains unclear why they would be considered riskier drivers by insurers. 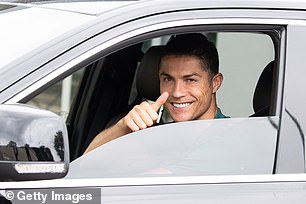 In general, those who work in hospitality will pay more for their insurance, which can be attributed to being on the road more, making deliveries and perhaps working shifts.

Meanwhile, scientists, lecturers and government officers are amongst the lowest insurance premiums based on professions, each paying an average of £500 or less a year.

But, this can mean that some Britons are currently paying more for their insurance

Listing the correct occupation is vital when obtaining cover. For example, listing your job title as ‘civil servant’ could cost an average of £502 per year, compared to ‘local government officer’ who would pay £482 instead. 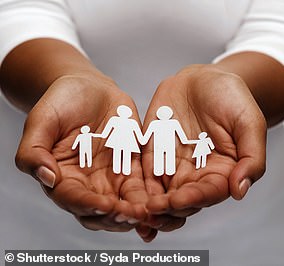 Beat the renewal blues and compare the best deals for home, car and travel insurance.

Every year, these bills can creep up and the best way to save is to shop around to make sure your loyalty doesn’t cost you.

Our tool below with This is Money’s partner, Compare the Market, could also potentially save you hundreds of pounds a year on motorbike, pet and van cover.

Ryan Fulthorpe, from GoCompare, said: commented: ‘It’s always interesting to look at how a job title can impact your car insurance – there are some obvious professions in here where you’d expect to pay more.

‘For example, a fast food delivery driver will be on the road more and is therefore seen as more of a risk by insurers, but professions such as librarians and computer operators aren’t generally considered “risky” professions.

‘When it comes to those who have the cheapest premiums – again, a retiree would make sense as they’re less likely to be on the roads at peak times and therefore less likely to get into a collision.’

‘If you are getting a quote for your car insurance, it is worth looking at the wording of your job title to see if you can save money on your premiums.

‘Obviously, any changes would have to be within reason – for example, if you stated that your profession is ‘retired’ but you’re actually a fast food delivery driver, that would be materially very different and could invalidate any future claims you need to make on that policy.

‘However, if you changed your job title from ‘chef’ to ‘caterer’ or from ‘journalist’ to ‘writer’, then these would be acceptable ways to describe your profession.’

Ryan added: ‘Now more than ever, we are looking to find savings on our outgoings, and there are ways to do this – particularly on insurance purchases. Just making sure that you don’t simply renew or accept the first quote that you’re given can make a real difference to the cost.

‘And thinking about your job title can be another way to bring the cost down.’

What can I do to get a better price for my car insurance?

1. Compare: Comparing car insurance quotes can save you up £265 after new rules came into force in that meant insurers now have to offer the same deals to customers who renew their policies and new customers alike.

2. Buy early: the closer you are to the renewal date, the more you could end up paying. GoCompare found that customers saved over 40 per cent on average when they bought their car insurance 26 days before the renewal date.

3. Consider your mileage: The fewer miles drive, the lower the risk for insurers, so you will be cheaper to insure. But you should always give an accurate estimate as your policy could be invalid if you go over.

5. Excess excesses: premiums with no excess are typically more expensive, so you can benefit from choosing a policy with a higher excess. But beware that if you need to make a claim, you will need to cover the higher excess costs