The show, dubbed ‘Delhi Downton’, is set in India in the late 18th century, decades before the British Raj.

Dominic Dyer from the Born Free Foundation blasted the show for encouraging tourists to seek out similar experiences on their travels by broadcasting the scenes.

He told the Mirror: ‘We can be certain the elephants used in the drama have been subject to tethering with chains, beating and other cruel training methods. 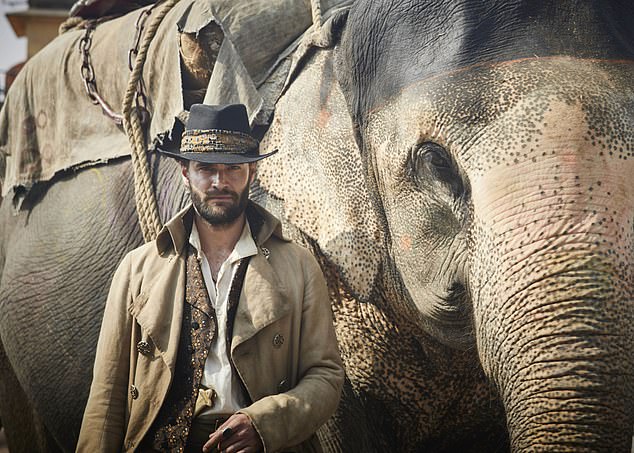 Pictured: John Beecham (played by Tom Bateman) in the show stood next to an elephant

‘The riding scenes help encourage ­tourists who visit India to seek out the experience, despite the cruelty and exploitation involved.’

Although the exact details of the plot are not known, it is thought it will address the complex motivations of those involved with the East India Company, whose activities remain controversial.

Save the Asian Elephants’ Duncan McNair also criticised the show, saying elephants are subject to ‘ruthless beatings’ and ‘torture’.

He added: ‘Whilst Beecham House is set in a bygone era, we condemn the riding of elephants.’

An ITV spokesman said: ‘Elephants feature in Beecham House as they were an important part of life in India in 1795. 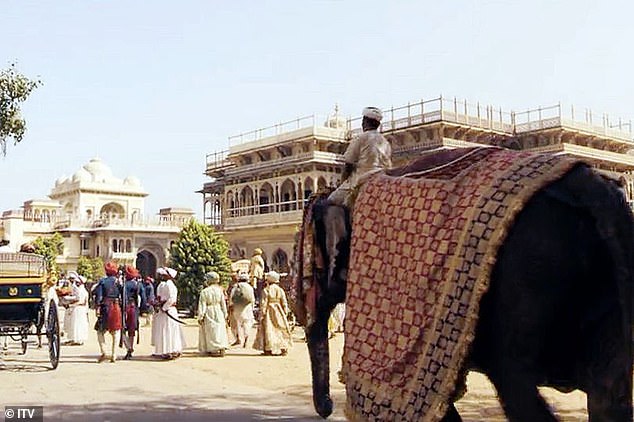 ‘The production team adhered to a stringent animal welfare protocol. Vet reports were sought in advance, with on-going vet and monitoring of the animals throughout the shoot.’

It comes just months after Martin Clunes was axed as a patron for Born Free after he climbed onto an elephant by its ears in order to ride it for his TV show.

The Doc Martin star, 57, climbed on the animal’s back as part of the ITV show Martin Clunes: My Travels and Other Animals.

The charity campaign to keep animals in the wild where they belong and directly opposes elephant rides.

The chief of the charity, Howard Jones said:  ‘We can confirm that, with much regret, Martin Clunes is no longer a patron.

‘Born Free has always been opposed to the exploitation of captive wild animals for entertainment and human interactions, including riding elephants.

‘Martin was a generous and loyal Patron for many years, raising hundreds of thousands of pounds for wild animals in need. We thank him for his support and dedication.’