This is the calamitous moment ITV’s political editor drops his ear piece and utters an expletive live on air from outside Downing Street.

Robert Peston’s hilarious blooper was aired at lunchtime today as the journalist stood on the doorstep of Number 10 ahead ofTheresa May’s Brexit speech.

As Mr Peston makes a gesture with his hands, he tugs his earpiece out and as it drops to the floor he says: ‘S***! Oh blimey.’ 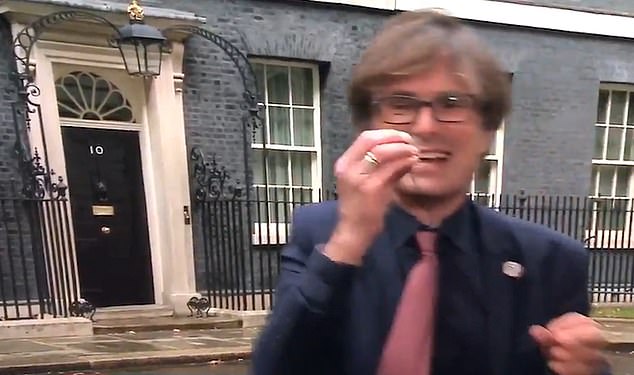 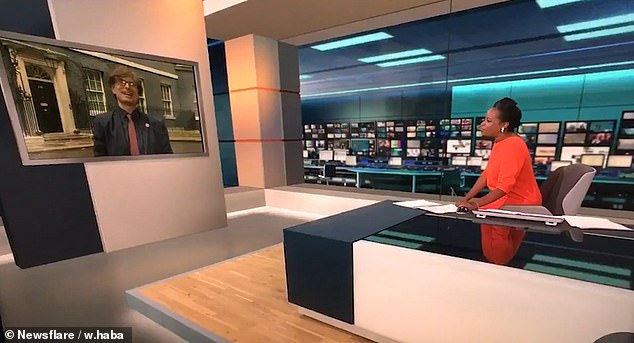 He said ‘S***! Oh blimey!’ as he scrambled to try pick the device up, prompting a laugh from the presenter

The flustered reporter apologises to the presenter and quickly goes to pick up the device – but as he comes back up, he drops it again.

The presenter struggles to keep her composure and can’t help but chuckle as she tells the audience they’re having some ‘technical difficulties’.

As she throws it back to Peston he lets out a laugh and continues with his report.

ITV political correspondent Carl Dinnen posted the blunder to his Twitter with the caption: ‘The ITV lunchtime news was more than usually entertaining…’ 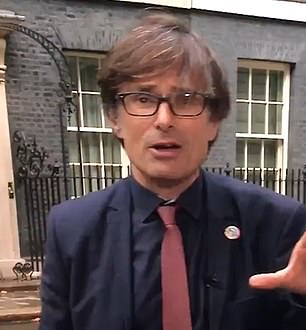 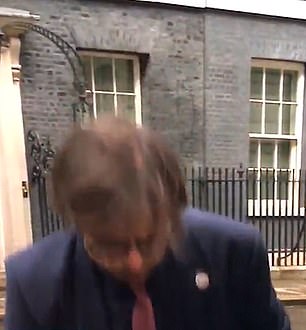 After tugging the earpiece out, the flustered reporter quickly goes to pick up the device – but as he comes back up, he drops it again (right) 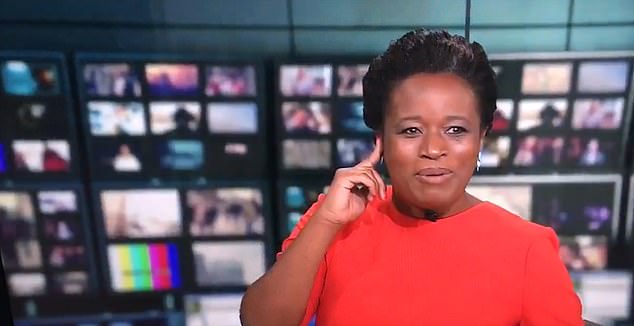 One user commented: ‘He’s too excited for his own good!’

Another wrote: ‘This was very entertaining, Mr. Preston is very enthusiastic!’

A third person tweeted: ‘Big hand for the juggler.’