Ivanka Trump boasted on Thursday she has created 12 million new job ‘training opportunities’ as the president bragged about his pride in his daughter.

The first daughter, speaking before President Donald Trump, Vice President Mike Pence and a slew of Cabinet officials, touted the one-year anniversary of her Pledge to America’s Workers program. 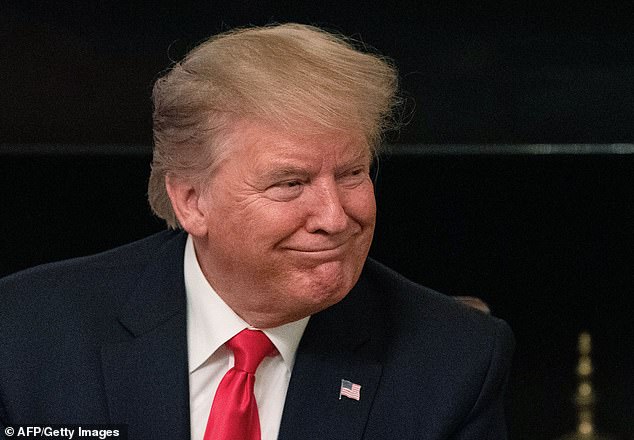 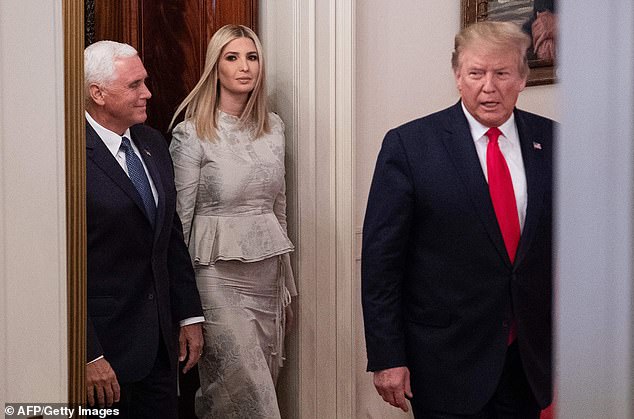 The president praised her work.

‘I think I’m allowed to be proud of my daughter,’ he said, ‘but the fact is she’s worked so hard at this.’

‘Nothing like this has been done before,’ the president said. ‘So congratulations Ivanka. Congratulations and keep it up. When are you going to hit 24 million?’

Pledge to America’s Workers By the Numbers

Total number of States : 35 states + the District of Columbia

‘At this pace very soon,’ she replied.

In her remarks, the first daughter echoed her father’s talking points about the strong American economy.

‘This campaign was born out of a tremendous economic surges happening across our country,’ Ivanka Trump said.

‘Today more Americans are working than ever before. Virtually every single demographic is achieving historically low unemployment rates,’ she added.

The 30-minute event was designed to highlight Ivanka Trump’s work.

She led a discussion with some of the workers and companies that have taken part in the program.

The companies sign a pledge that promises to ‘invest in both students and workers by providing opportunities for education and training that will help more Americans thrive in the modern workplace. Specifically, over the next 5 years, we pledge to create enhanced career opportunities for XX individuals, including through increased apprenticeships and work-based learning programs, continuing education, on-the-job training, and re-skilling.’

Ivanka Trump, who serves as counselor to the president, has traveled the country to promote the program and has bragged about it at events and campaign rallies with the president. 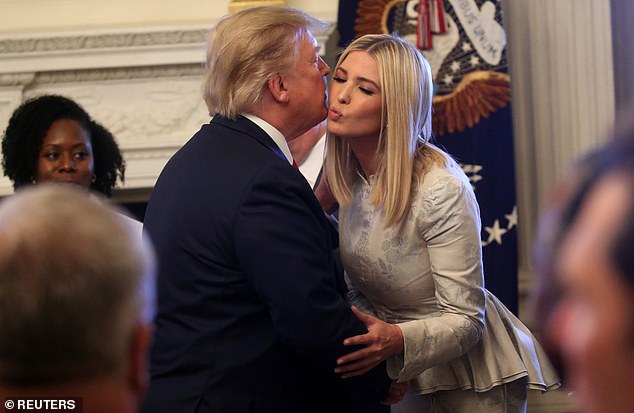 Ivanka Trump sported a light-grey outfit from the Brock Collection 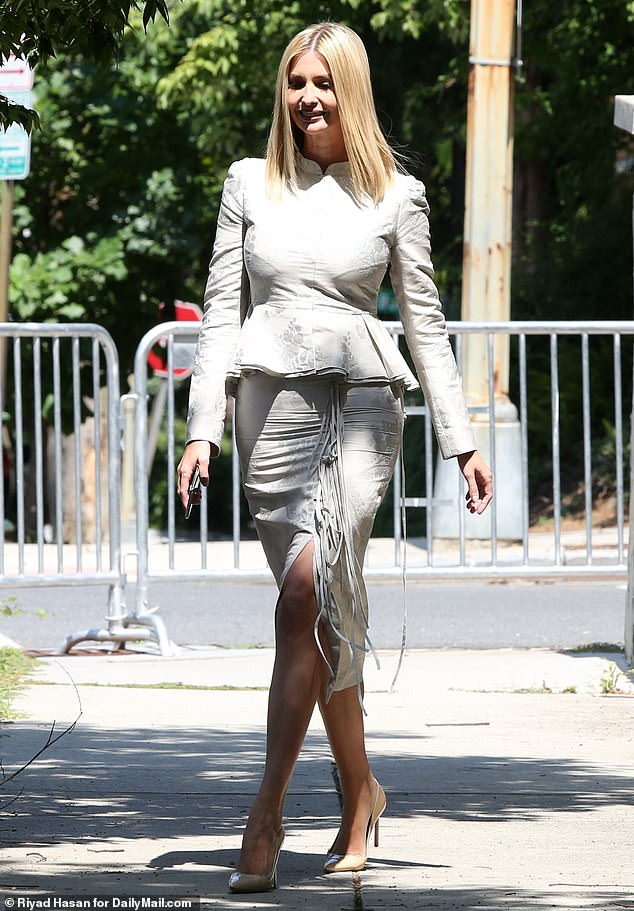 She also appeared to have a shorter haircut

Earlier this month, the president defended his daughter after she was criticized for her role at the June G20 conference and said she had created 10 million jobs.

‘Ivanka has worked on almost 10 million jobs training and going to companies and getting them to hire people. But the people, the foreign leaders really like her a lot,’ Trump said of her.

The first daughter became the target of online memes after a video – posted by the French government – that showed her interacting with other world leaders went viral.

She also appeared to be sporting a fresh, blunt haircut.