Ivanka Trump has surely been enjoying her visit to South Korea for the PyeongChang 2018 Winter Olympics.

On Sunday, the president’s daughter and senior adviser, was seen cheering on the US four-man Bobsleigh team on day sixteen of the PyeongChang Games.

As Trump watched the competition, which saw Germany take gold and silver, she snapped selfies with US women’s bobsledder Lauren Gibbs, who won silver on Wednesday with her teammate Elena Meyers Taylor.

Trump even got the chance to wear Gibbs’ medal around her neck. 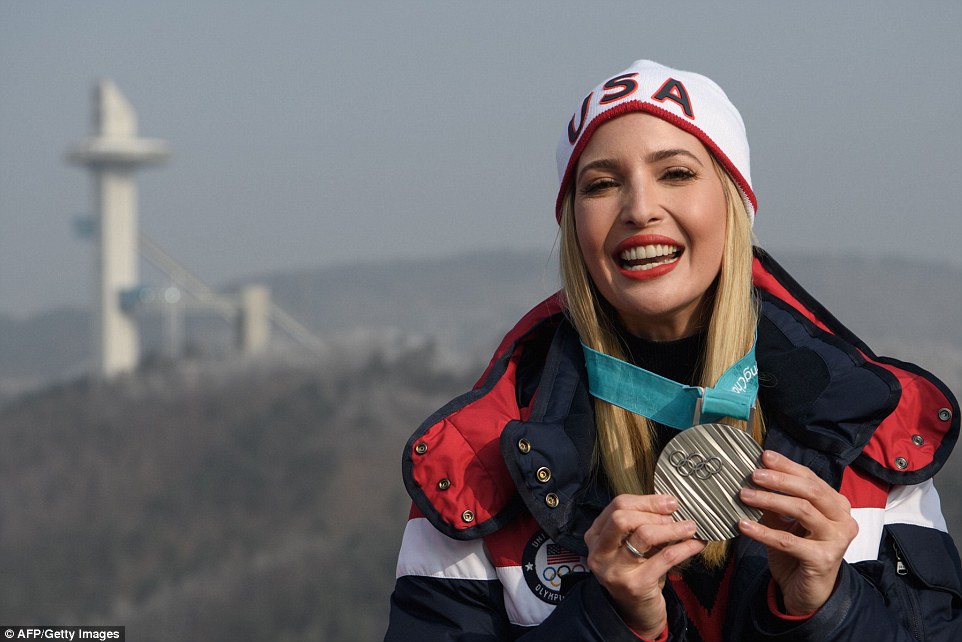 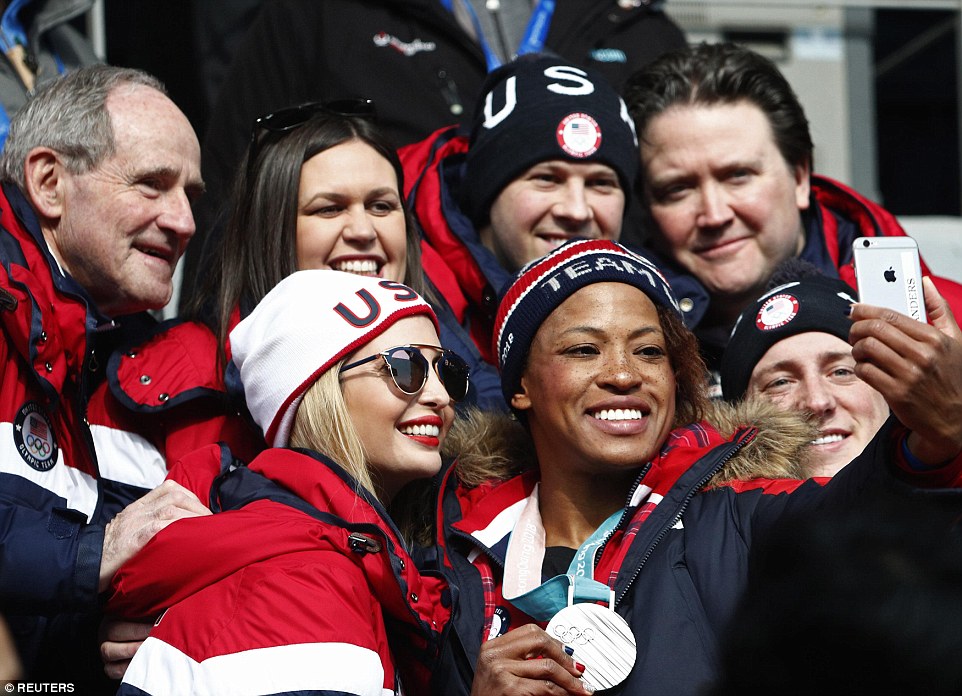 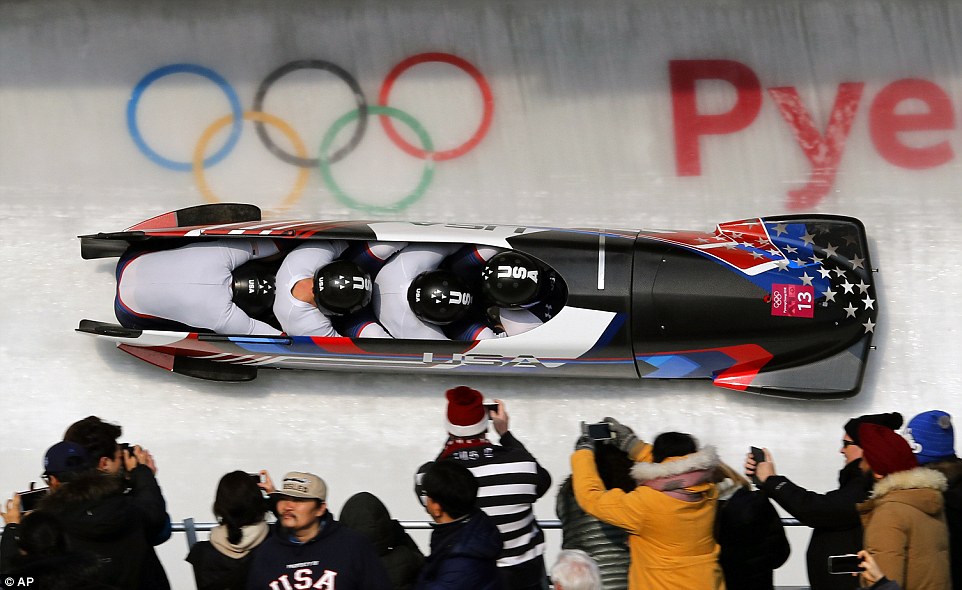 Driver Codie Bascue, Steven Langton, Samuel Mc Guffie and Evan Weinstock of the United States take turn 14 during their third heat during the four-man bobsled competition final at the 2018 Winter Olympics in Pyeongchang 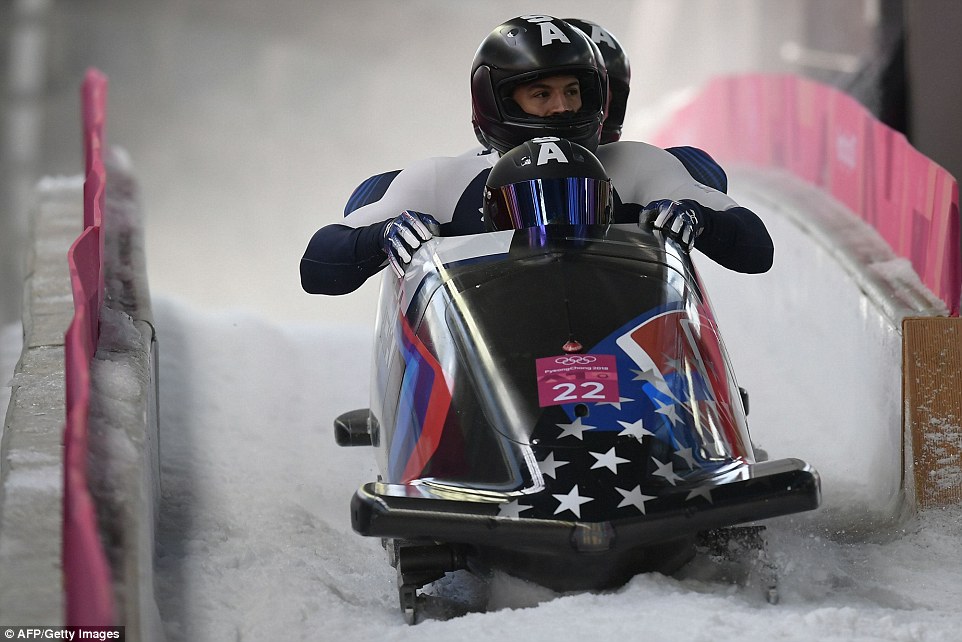 US Nick Cunningham slows down with his team in the four-man bobsleigh heat three run during the Pyeongchang Games. Germany ended up winning gold and silver 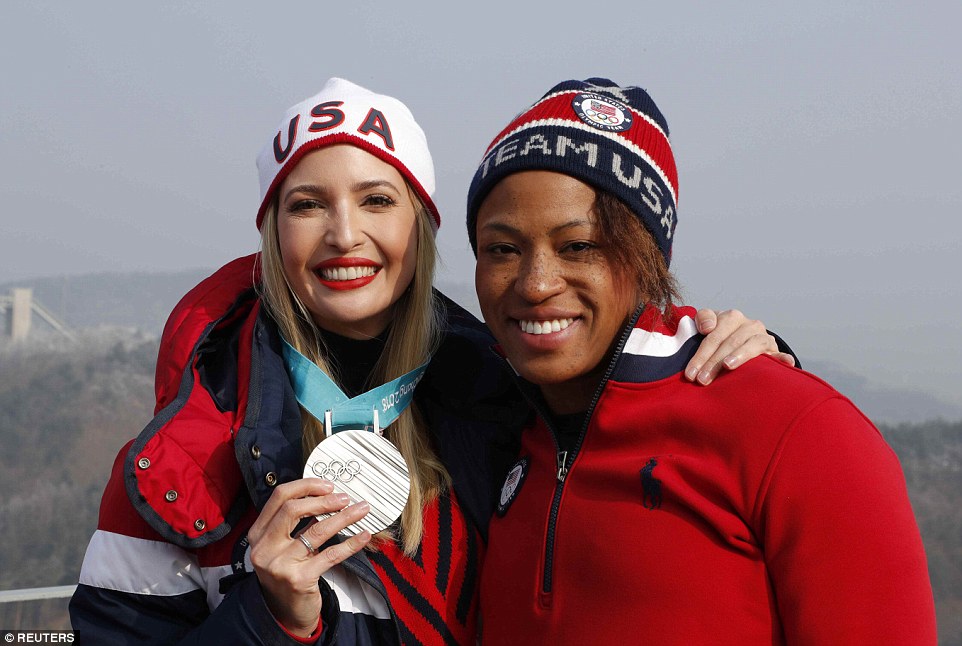 Gibbs (right), who won her silver medal on Wednesday during the women’s bobsleigh event, let Trump (left) wear it

‘Hanging out with amazing American athletes and their families as we get ready to watch USA in the men’s 4-man bobsleigh finals. Go TeamUSA!’ she wrote on Instagram, sharing photos of her posing with Gibbs and other athletes with their families.

The First Daughter told reporters at the event that she has gotten ‘super into bobsledding’ but is ‘kind of a skier.’

‘So skiing maybe number one, but I’m going to go with bobsledding number two.’ she said, according to USA Today.

She also reflected on attending the Pyeongchang Games saying the experience has been ‘incredibly inspiring’. 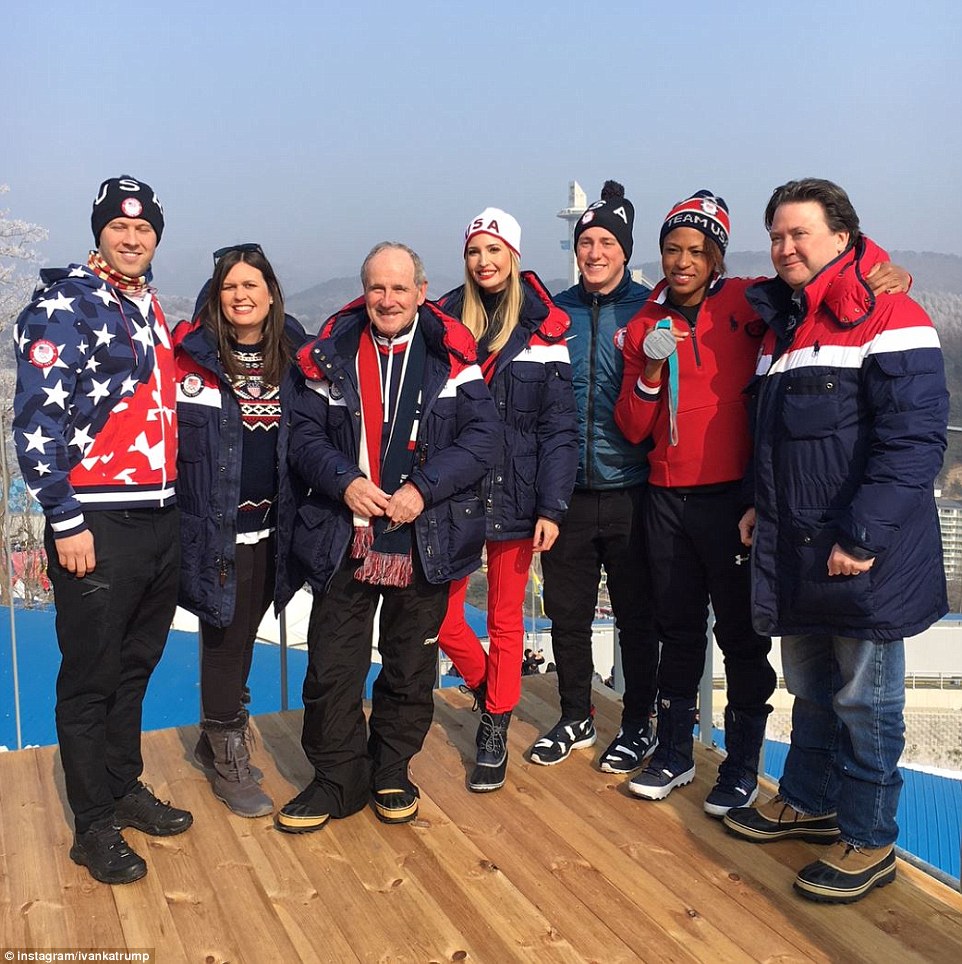 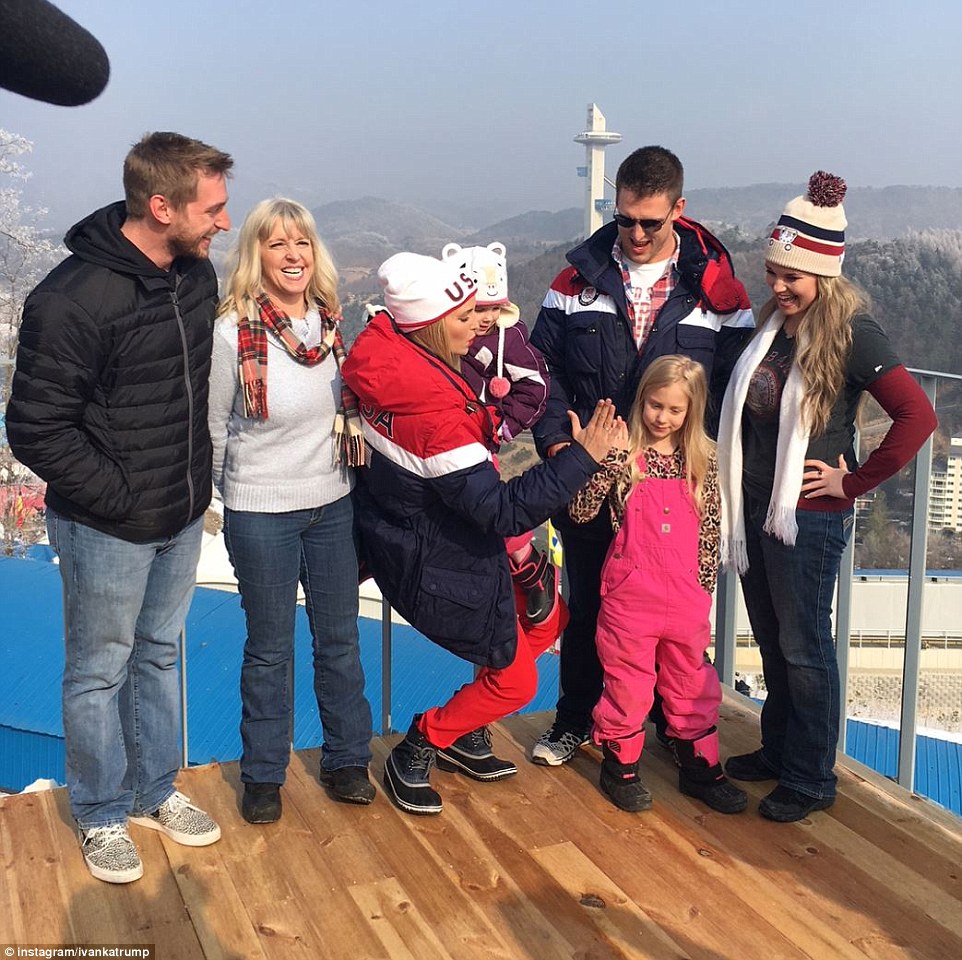 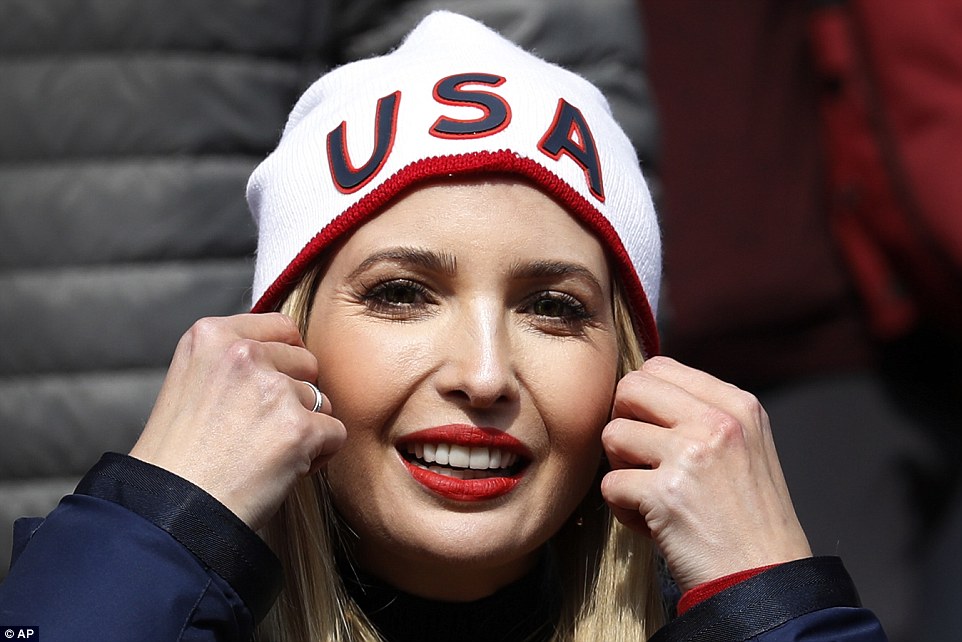 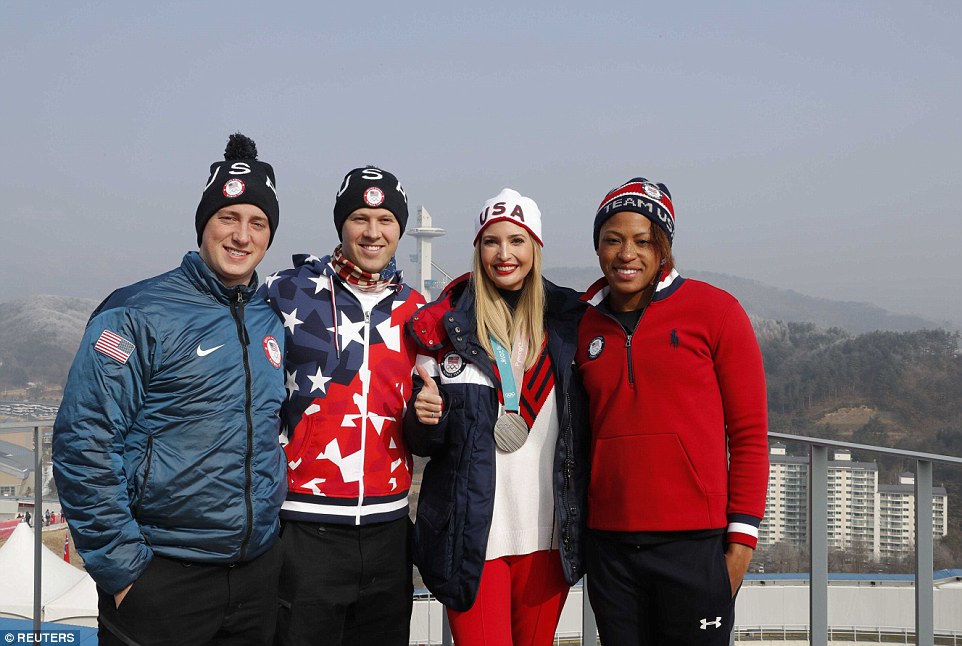 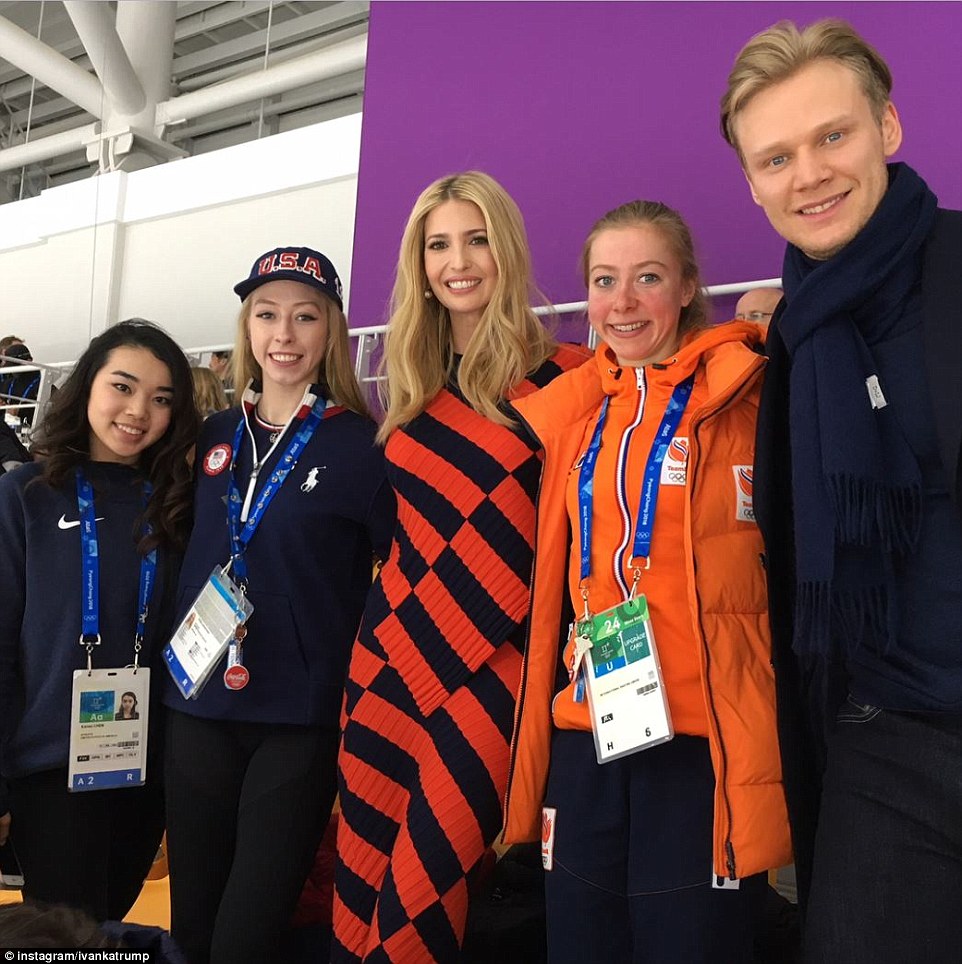 Trump (center) also attended the Mass Start Speed Skating event at the 2018 Olympics. Above she’s seen posing with US Olympians 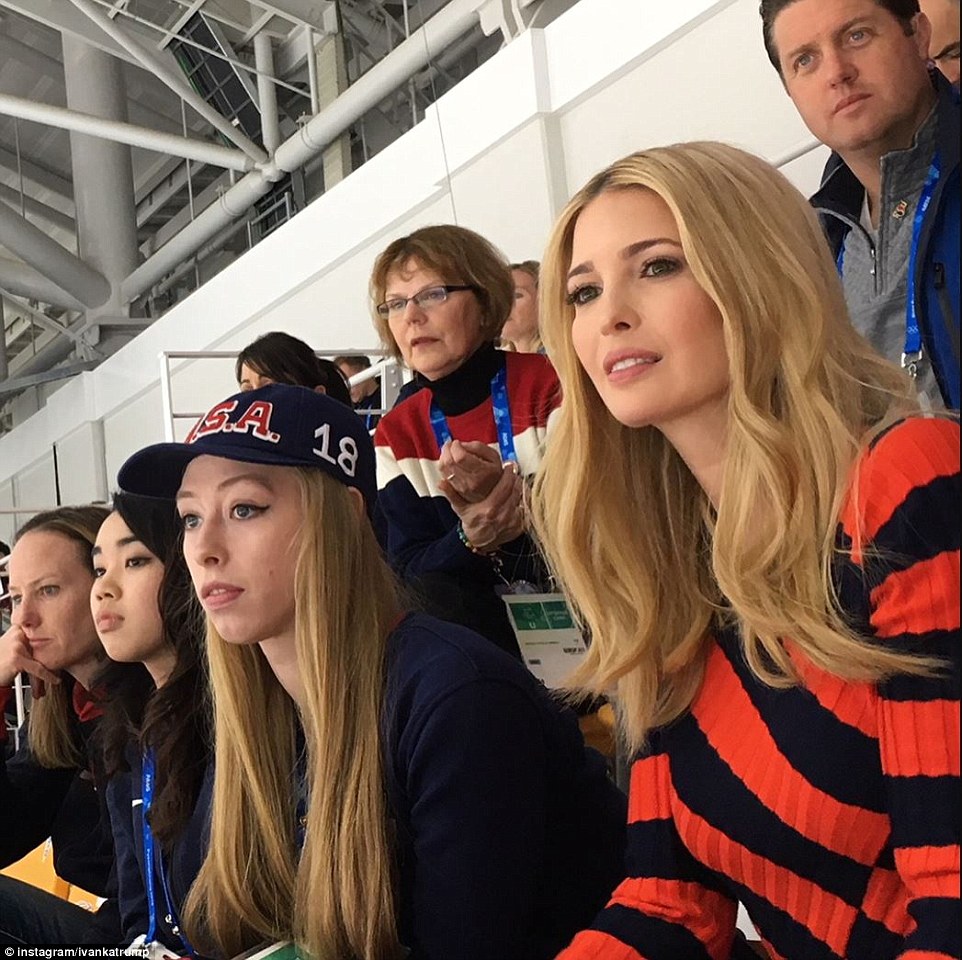 ‘I’m so excited to be here,’ Trump said. ‘It’s been an amazing couple of days, and such an honor and privilege to be here with our allies in South Korea and celebrate all that we’ve accomplished as a culture, a society economically and, of course, in sport.’

On Sunday night, Trump will lead the presidential delegation for the closing ceremony. She said she’s looking forward to ‘congratulating Team USA and celebrating all that our athletes have achieved’.

‘Their talent, drive, grit, and spirit embodies American excellence and inspire us all,’ she added.