Ivanka Trump recommended the architect for the failed Trump Tower Moscow project in an email to Michael Cohen, it has been revealed.

Cohen copied Ivanka and Don Trump Jr on emails about the project in late 2015, and Ivanka replied suggesting an architect for the building, according to a person close to the Trump Organization.

Ivanka was also due to have a spa inside the building branded with her name, according to documents linked to the project. 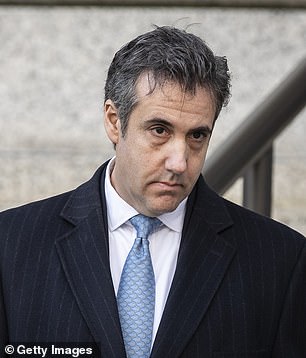 Ivanka and Cohen are both seen above on Thursday. She suggested an architect for the planned Trump Tower Moscow, a project that never got off the ground, it has been revealed

Trump’s company was explicitly given the option to ‘brand any or all portion of the spa or fitness facilities as “The Spa by Ivanka Trump” or similar,” according to papers seen by CNN.

The Trump Organization previously turned over the emails to congressional committees, but their existence became public with renewed scrutiny on the planned luxury development in Russia following Cohen’s surprise guilty plea.

The source close to the Trump Organization said the company doesn’t have any email traffic about the Moscow project after January 2016. The person wasn’t authorized to discuss the matter and spoke on condition of anonymity.

The substance of the emails was first reported by the Wall Street Journal, which cited law enforcement sources.

In pleading guilty, Cohen said he lied to be consistent with Trump’s ‘political messaging.’ Trump said repeatedly during the campaign that he had no business deals in Russia, which appears technically true as the Moscow project never progressed past preliminary discussions.

But the plea agreement made clear that prosecutors believe that Cohen continued to pursue the Trump Tower Moscow project weeks after his boss had clinched the Republican nomination for president, and well beyond the point that had been previously acknowledged.

Cohen said he discussed the proposal with Trump on multiple occasions and with members of the president’s family, according to documents filed by special counsel Robert Mueller, who is investigating possible ‘links and/or coordination’ between the Trump campaign and the Russian government. 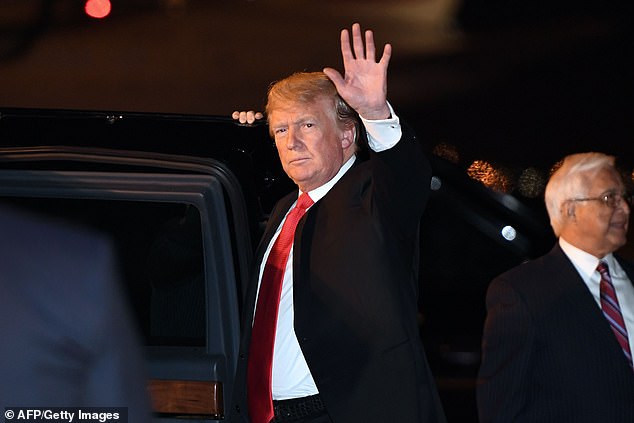 Trump is seen touching down in Argentina on Thursday. He blasted Cohen as ‘weak’ and a liar

There is no clear link in the court filings between Cohen’s lies and Mueller’s central question of whether the Trump campaign ‘colluded’ with Russia.

And nothing said in court, or in associated court filings, addressed whether Trump or his aides had directed Cohen to mislead Congress.

Trump on Thursday defended the failed deal to build a Trump Tower in Russia, saying that it was a normal part of his business to explore new development opportunities.