Ivanka Trump is facing backlash for sharing a ‘Challenge Accepted’ photo of herself as part of a social media trend that claims to be about ‘women supporting women’ but has been dubbed ‘vapid’ and ‘meaningless’ by critics.

The 38-year-old took to Instagram on Tuesday to share a black-and-white throwback photo of herself pregnant with her now four-year-old son Theodore along with a gushing post about how all women are mothers and should be kind to each other.

‘#ChallengeAccepted. Gratitude for the sisterhood — the women who have held me up and pushed me forward! Each day brings countless opportunities, large and small, to spread light and uplift those around us,’ she wrote in the caption.

Slammed: Ivanka Trump is facing backlash for sharing a black-and-white throwback photo of herself when she was pregnant as part of the ‘women supporting women’ challenge 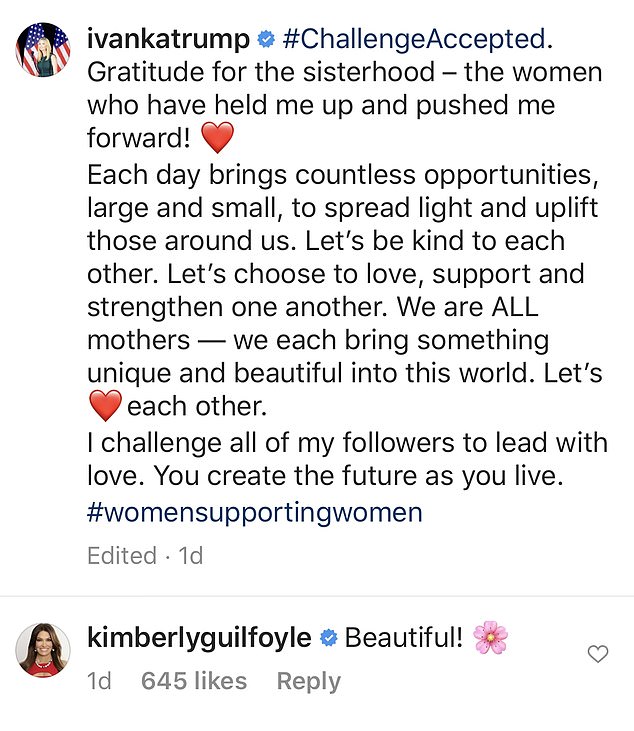 Gushing: In her caption, she wrote that women ‘are ALL mothers’ and should support one another. Donald Trump Jr.’s girlfriend Kimberly Guilfoyle called the post ‘beautiful’

‘Let’s be kind to each other. Let’s choose to love, support and strengthen one another. We are ALL mothers — we each bring something unique and beautiful into this world. Let’s [love] each other. I challenge all of my followers to lead with love. You create the future as you live. #womensupportingwomen.’

The photo was taken during Ivanka’s cover shoot for the February 2016 issue of Town & Country magazine. In the glamorous portrait, she is wearing a collared button-down dress while cradling her baby bump. She edited the original image to make it black and white before posting it online.

President Donald Trump’s eldest daughter is among the millions of women who have posted flattering black-and-white photos of themselves this week using the hashtags #WomenSupportingWomen and #ChallengeAccepted in the name of female empowerment.

Celebrities such as Reese Witherspoon, Khloe Kardashian, Eva Longoria, Jennifer Aniston, and Kelly Rowland have all taken part in the social media ‘challenge,’ though many have found Ivanka’s participation to be problematic for a number of reasons. 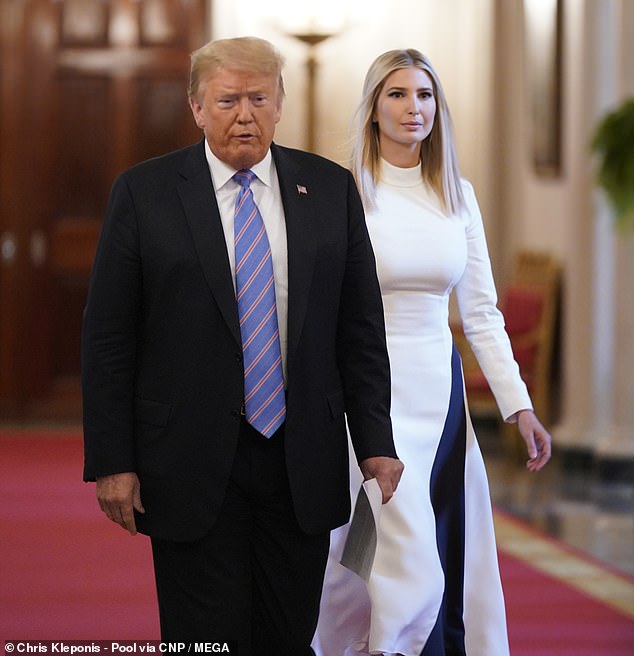 Not having it: Ivanka was slammed for taking part in the ‘challenge’ when the Trump administration has long been criticized for being anti-woman 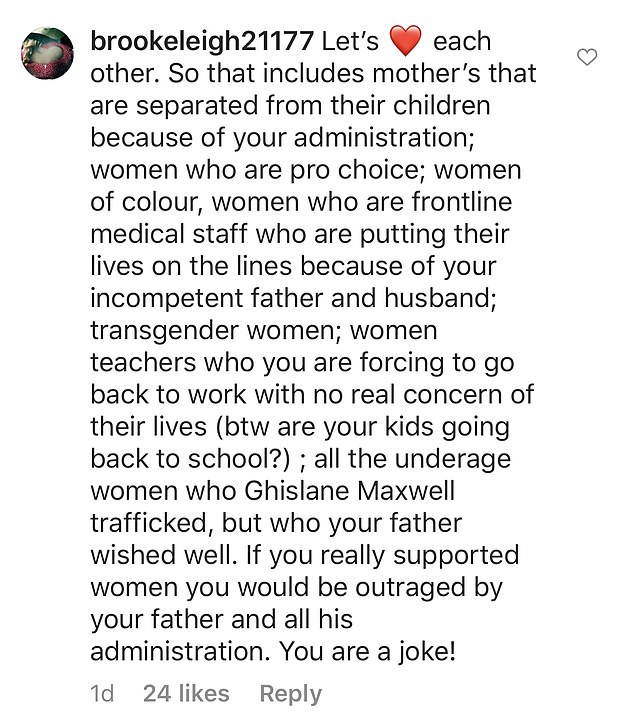 Backlash: Critics argued that if she really supported women, she wouldn’t support her father, while others posted face vomiting emoji in the comments

The first daughter has long purported that she supports women, despite her role in her father’s administration, which has been criticized for its anti-woman agenda.

Donald Trump Jr.’s girlfriend Kimberly Guilfoyle commented that Ivanka’s post was ‘beautiful,’ but not everyone was quite as impressed considering the White House senior adviser’s ongoing support of her father’s controversial policies.

‘Ummm…not supporting a white-supremacist-enabling-legacy-case who’s destroying the country. Even if they are a woman, sorry!!!’ one person commented, while others posted the face vomiting emoji to show their disgust.

‘If you really supported women you would be outraged by your father and all his administration. You are a joke!’ someone else responded.

In an article for Refinery29, writer Elly Belle questioned Ivanka’s motivation for stating women ‘are ALL mothers’ while sharing an old pregnancy photo of herself. 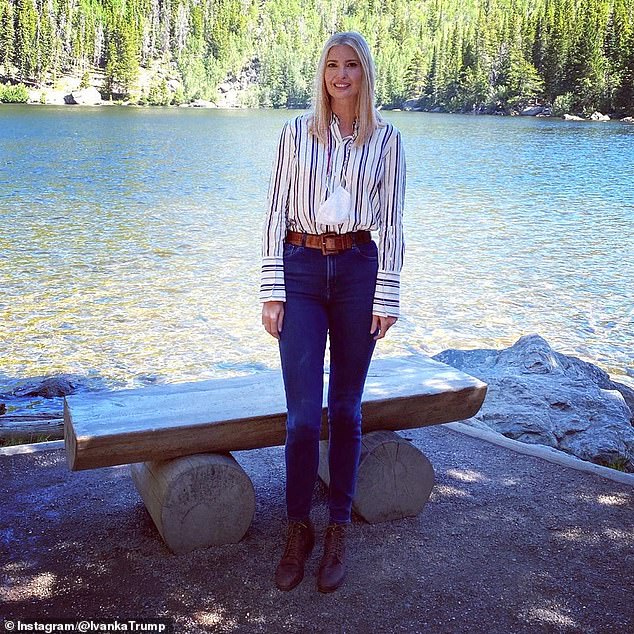 At odds: Ivanka has long purported that she supports women, despite her role in her father’s administration, which has been criticized for rolling back on women’s rights

Critics: Some Twitter users shared Ivanka’s post as proof that the social media challenge was pointless. The trend itself has been criticized for being a performative empty gesture

‘Ivanka is doing what Ivanka does best to position herself as an everyperson, while using her identity as a mother and a woman to evade responsibility for the ways the Trump administration has hurt women and mothers,’ she wrote.

‘Or perhaps Trump’s point is simple and she’s saying that all women are mothers in their own way regardless of having children — but it stands that not everyone wants to be referred to as a mother, or have their worth tied to reproduction.’

Some Twitter users shared Ivanka’s post as proof that the trend was pointless, with one person writing: ‘You already know if Ivanka trump is doing this wsw challenge that you should not be….. girls, get it together.’

‘A helpful barometer for whether a social media “challenge” is pure bulls**t: Would Ivanka participate?’ another tweeted.

‘Ivanka Trump did “challenge accepted”….you girls better hang it up, flatscreen,’ someone else commented. 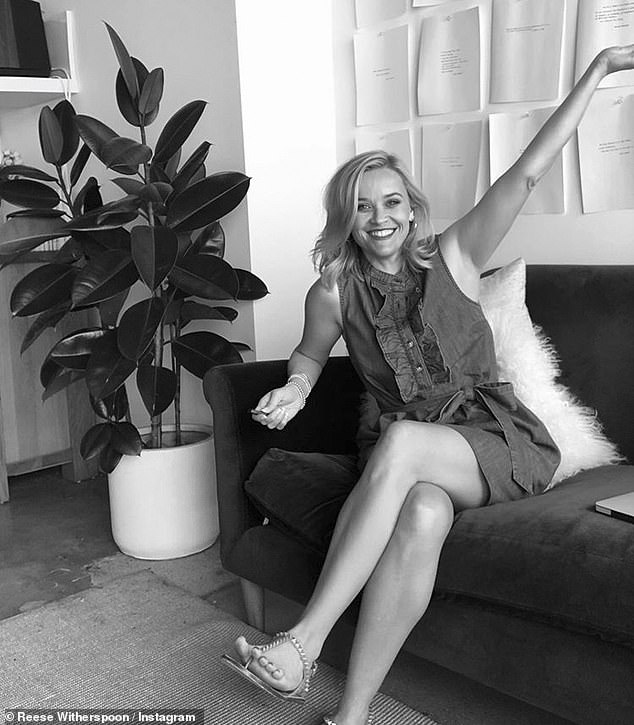 Viral: Celebrities such as Reese Witherspoon have posted black-and-white photos of themselves using the hashtags #WomenSupportingWomen and #ChallengeAccepted 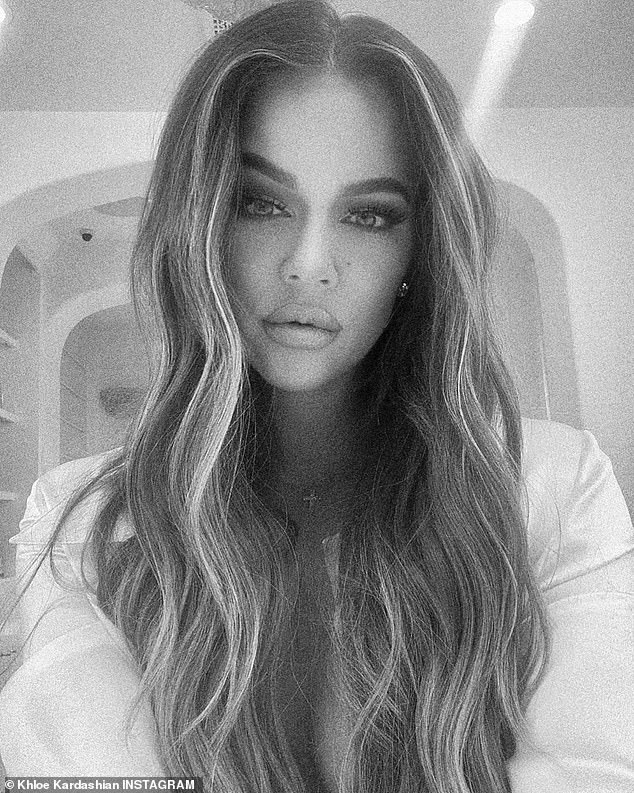 Strike a pose: Khloe Kardashian posted this photo of herself in the name of female empowerment as part of the trend, which has gotten mixed reviews

The ‘women supporting women’ challenge itself has faced criticism this week, as some see it to be a performative empty gesture. Its origins are also unclear as there are conflicting theories as to how the challenge started.

New York Times writer Taylor Lorenz pointed out that people have been sharing black-and-white photos using the #ChallengeAccepted hashtag since 2016, including a campaign to raise awareness for cancer.

A representative from Instagram told The New York Times that the earliest post for ‘this current cycle of the challenge’ was shared a week and a half ago by Brazilian journalist Ana Paula Padrão.

Others have claimed that the trend was recently started in Turkey when women began sharing black-and-white photos to raise awareness about femicide and domestic violence.

Many have participated in the challenge without question simply because they were nominated by their friends, and the recent backlash has even led some, including Jennifer Love Hewitt, to delete their #ChallengeAccepted posts.

Ivanka has been called out numerous times throughout her father’s presidency for her ‘tone-deaf’ social media posts, and she has yet to publicly respond to the criticism.