‘Congratulations on becoming the next PM of the United KINGSTON!’ Ivanka Trump is ribbed over spelling fail on her tweet to Boris Johnson

Donald Trump’s daughter Ivanka has been ridiculed after an awkward spelling error as she offered her congratulations to new Tory leader Boris Johnson.

Ivanka, who has 6.7 million Twitter followers, said: ‘Congratulations on becoming the next PM of the United Kingston.’

The unfortunate spelling error of ‘Kingston’ rather than ‘Kingdom’ left the 37-year-old open to ridicule on social media. 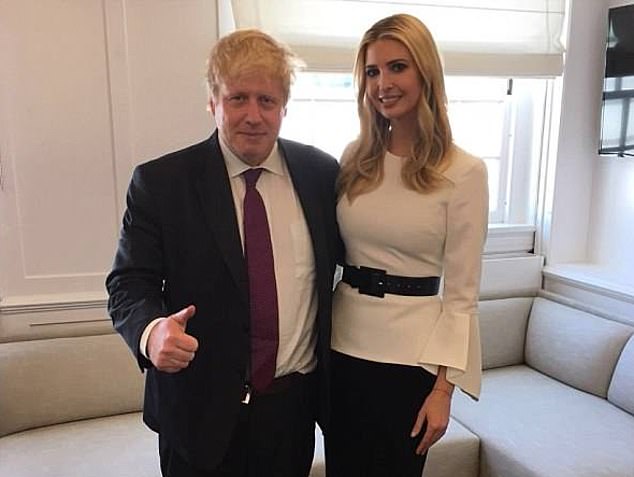 Boris Johnson previously met Ivanka Trump, but in her congratulations to him today she misspelled United Kingdom 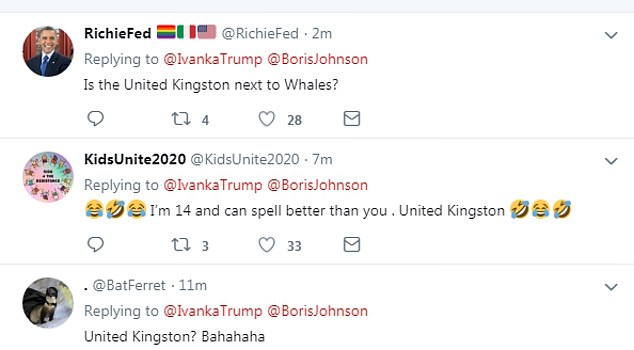 Some users mocked the 37-year-old’s spelling, while others compared her gaffe to her father’s spelling mistake 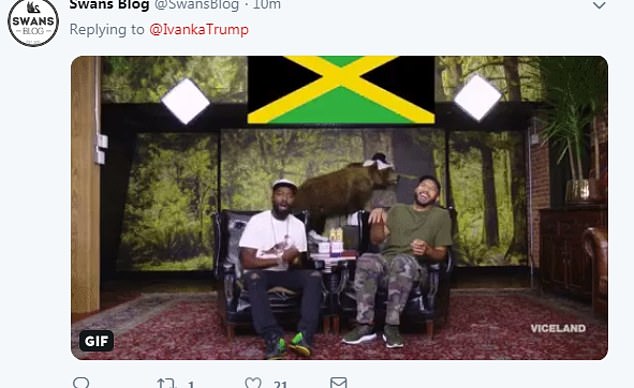 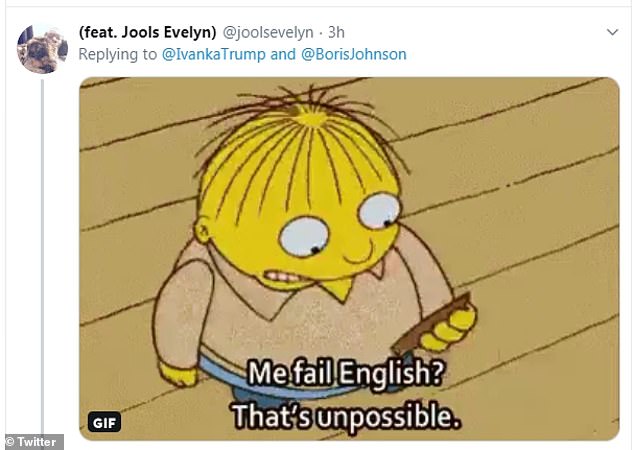 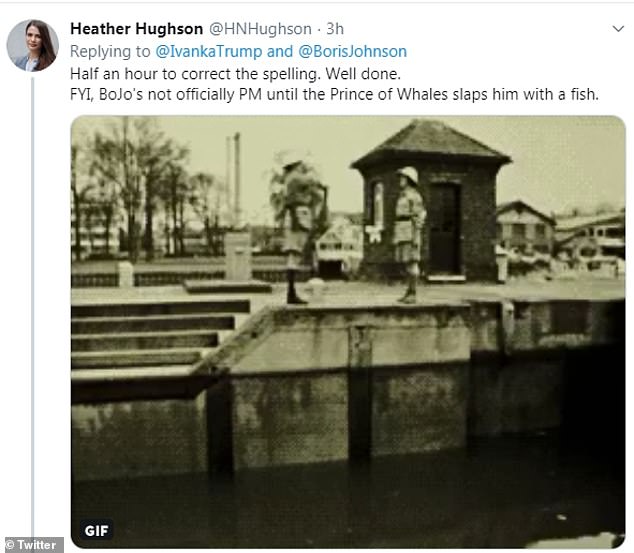 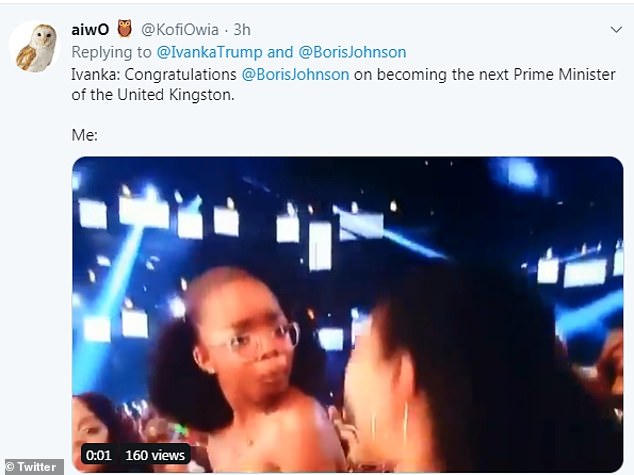 One user said: ‘I’m 14 and I can spell better than you. United Kingdom (laughing emojis).

And another said: ‘United Kingston. Bahahaha.’

While other people compared Ivanka’s slip-up to a similar spelling gaffe made by her father earlier this year.

President Trump, who regularly uses Twitter to lambast opponents, was responding to a news report which claimed he said he’d listen if foreign governments offered him ‘dirt’ on opponents.

But in his apparent fury, he misspelled Wales as Whales, when referring to the title of Prince Charles. 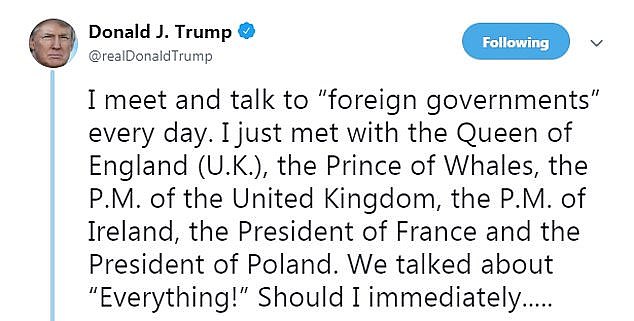 President Trump was mocked for his own spelling mistake when he referred to Prince Charles as the ‘Prince of Whales’, in a lengthy tweet about foreign governments 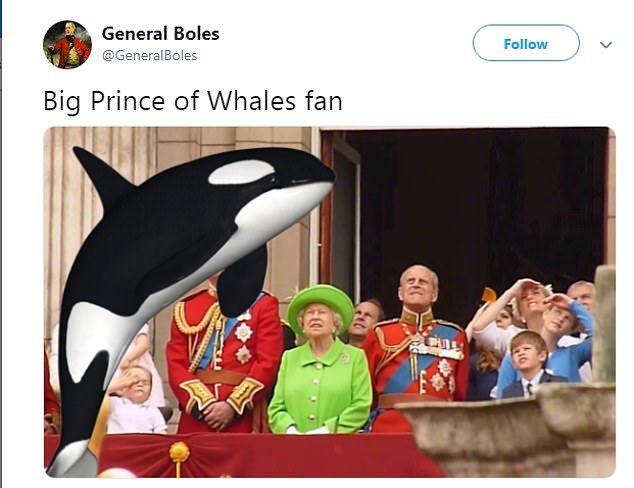 A number of social media users mocked Mr Trump for the spelling error, and posted pictured of whales in response 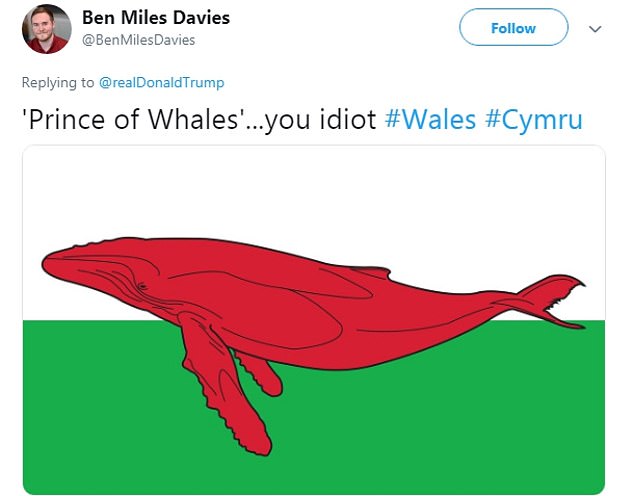 ‘Should I immediately call the FBI about these calls and meetings? How ridiculous! I would never be trusted again. With that being said, my full answer is rarely played by the Fake News Media. They purposely leave out the part that matters.’

Social media users mocked the President, with many people responding to the spelling error by posting pictures of whales.

He will take over the role of prime minister after Theresa May informs the Queen of her resignation on Wednesday.