Ivanka Trump leads the way at the Munich Security Conference

Ivanka Trump is said to be working hard behind the scenes of Washington DC to implement her paid family leave initiative – and she certainly didn’t shy away from the spotlight in Munich this week either.

The President’s daughter, who herself is believed to have presidential ambitions, delivered a rousing speech at the 55th annual Munich Security Conference on Saturday.

Accompanied by Vice President, Mike Pence, and her husband, Jared, Ivanka schmoozed with world leaders at the summit discussing a wealth of topics such as trade and international security, as well as the the future of NATO.

Ivanka seemed to strike a particular accord with Angela Merkel, telling Bild she admired her ‘leadership on the world stage’, as well as her ‘company and sense of humor.’

‘The Chancellor’s dedication to vocational education and the economic empowerment of women are just two areas in which we share common goals and interests,’ she added.

In a stark contrast to her father’s solemn showing at a G7 summit in 2017, Ivanka seemed to revel in meeting with both leaders of today, and leaders of the future. 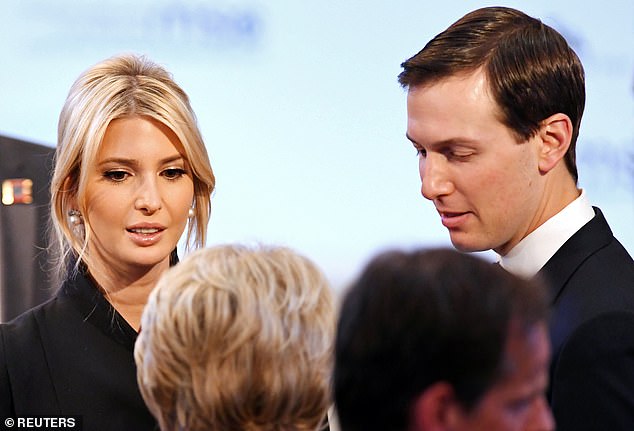 According to political author Michael Wolff, the daughter of the President is determined to become the first female occupant of the White House 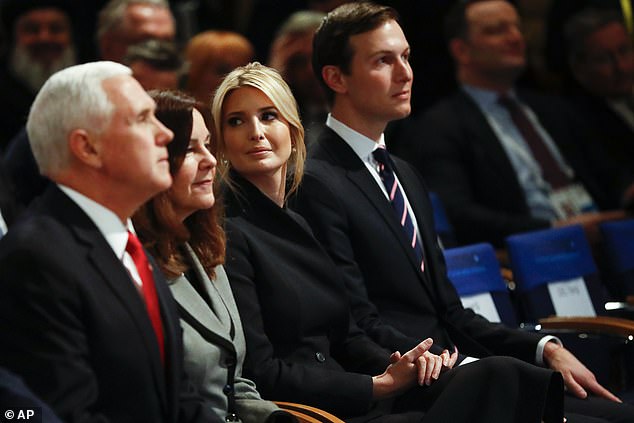 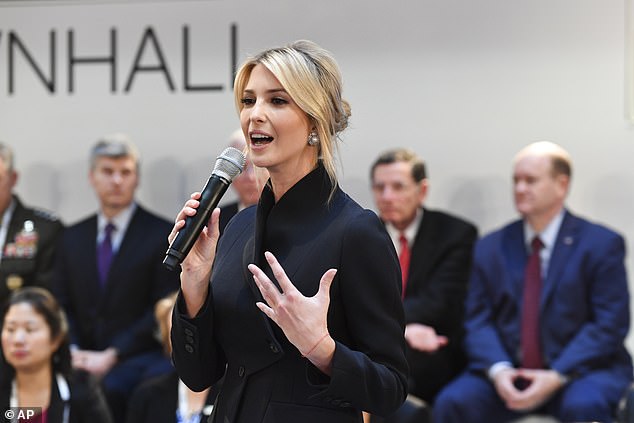 Ms Trump’s speech was met with a much warmer reception than Mike Pence’s yesterday, after sending the President’s regards was met with a five second silence 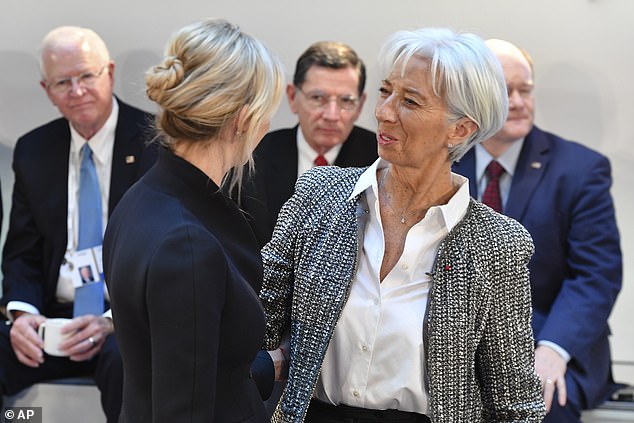 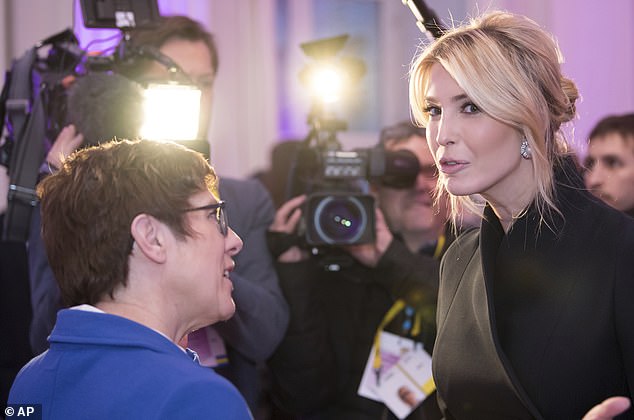 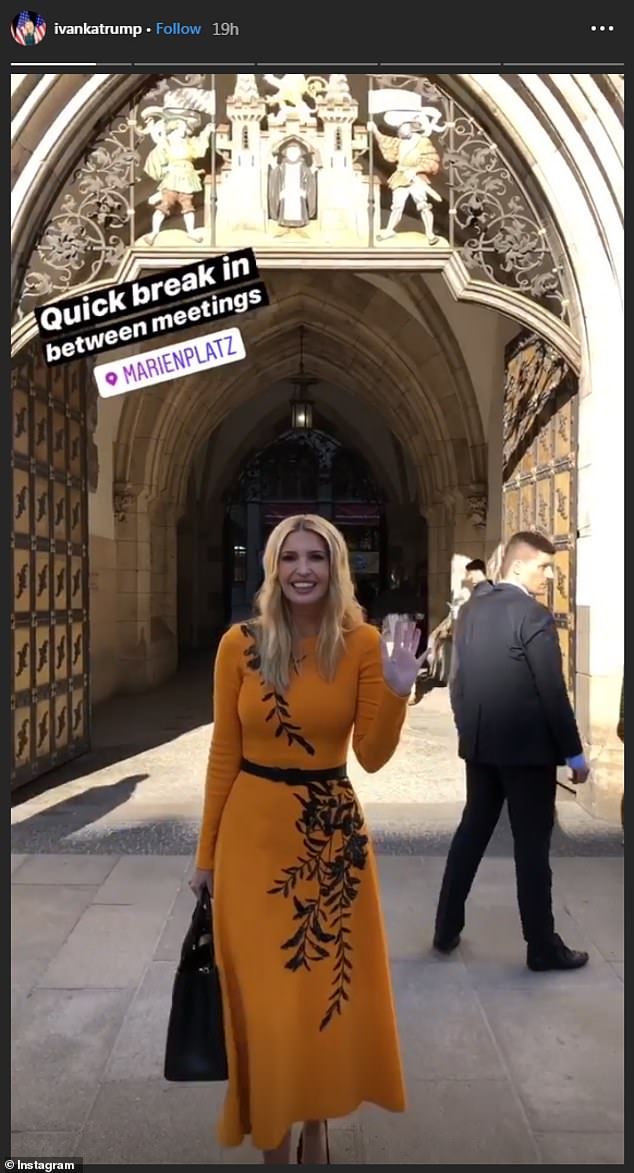 The mother-of-three was all smiles on her Instagram story too, as a lunchtime break turned to sight seeing 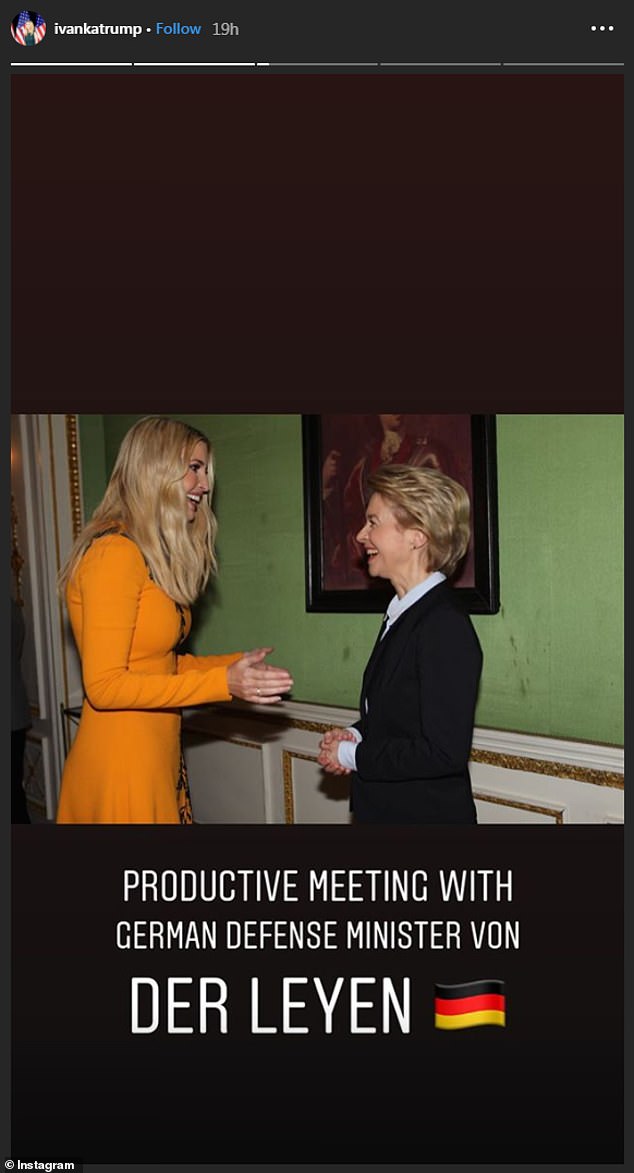 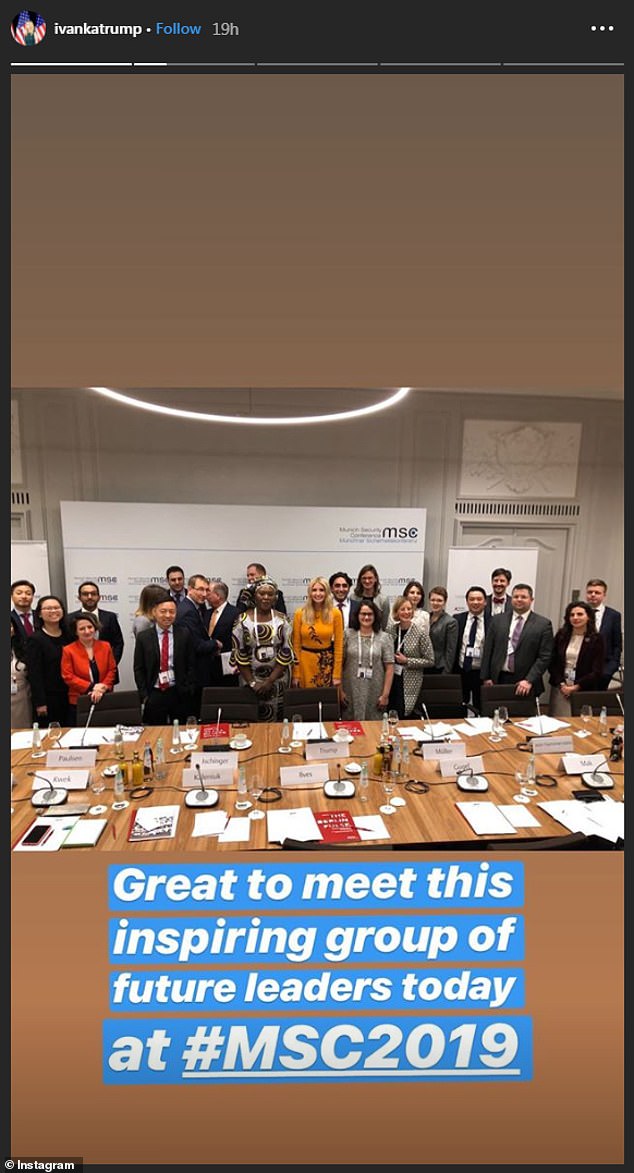 In a stark contrast to her father at 2017 G7 summit, Ivanka seemed to revel in meeting leaders, both current and future