Doting mother Ivanka Trump has gushed about her two-year-old son on Instagram after he paid a visit to her office on Thursday.

The daughter of the President of the United States shared two snaps of Theodore during his visit to the White House yesterday.

The toddler, who turned two in March, can be seen taking a stroll with his 36-year-old mother in the grounds of the White House.

Company: Ivanka Trump shared two adorable snaps of her son Theodore visiting her at the White House on Thursday

The adorable boy can be seen beaming as a glamorous Ivanka leads him by the hand, unable to take her eyes off her son.

She added a conservative edge in the form of a cream cardigan and finished her outfit with a pair of nude heels.

In a second photo the mother and son can be seen enjoying lunch together consisting of salmon and broccoli followed by a plate of cookies. 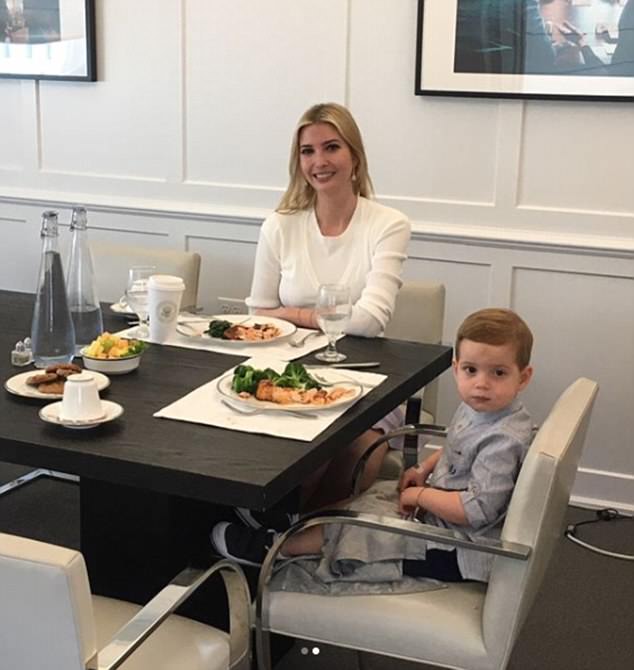 Tucking in: In one one photo they can be seen enjoying lunch together consisting of salmon and broccoli and a plate of cookies

Followers: The photo amassed over 156,000 likes in just a few hours after it was uploaded

The senior adviser can be seen enjoying a coffee in a takeout cup as she prepares to carry on with her duties as the afternoon presses on.

Captioning the photos the daughter of Donald Trump wrote: ‘Love it when Theodore comes to visit me at the office.’ 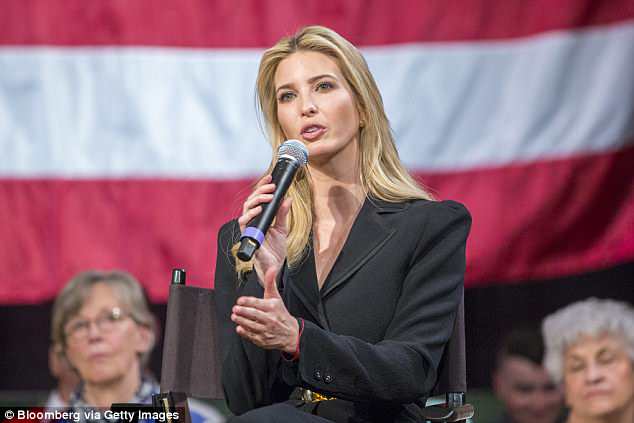 She received it at the same time her husband, Jared Kushner, was awarded his on May 1, according to Axios.

Ivanka was granted an interim Top Secret security clearance last June but has now been upgraded to full status, a move that was in doubt after CNN reported in March the FBI was investigating one of her international business deals in Vancouver.

She had to pass an FBI background check to be awarded the permanent status.

In addition to being able to join her husband and her in top-level White House meetings, she’ll have access to foreign intelligence information and the President’s Daily Brief, a morning summary of global intelligence.