By Reuters and Minyvonne Burke For Dailymail.com

Ivanka Trump is demanding the Women’s Tennis Association (WTA) make a change after the French Open declined to give Serena Williams seeding after the tennis champ’s maternity leave.

Williams was world number one before leaving the tour last year to have a baby but the 23-time grand slam champion enters Roland Garros ranked 453rd.

The three-time French Open champion was not granted a seed by tournament organizers, triggering criticism from women’s groups and tennis fans, including the First Daughter.

‘This is ridiculous. @SerenaWilliams is a formidable athlete (best ever!) and loving new mother,’ Trump wrote on Twitter.

‘No person should ever be penalized professionally for having a child!’ Ivanka Trump tweeted calling for the WTA to change its rule after the French Open declined to seed Serena Williams, who was out on maternity leave 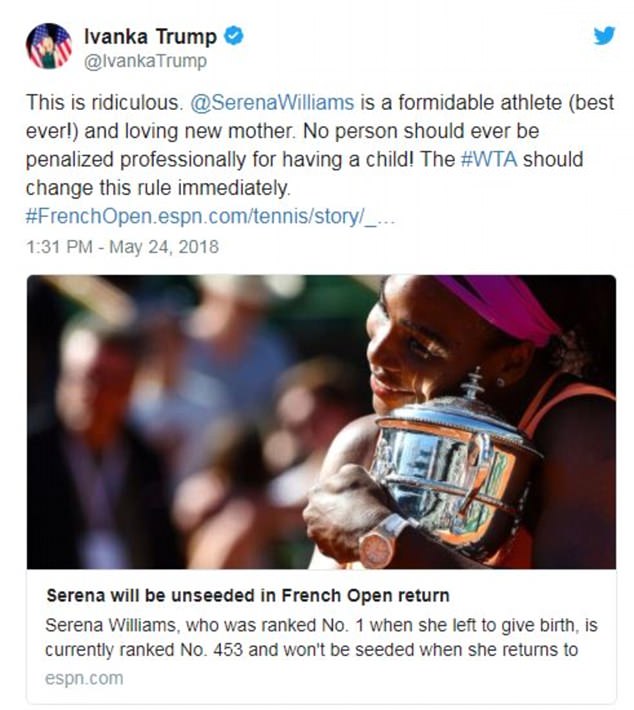 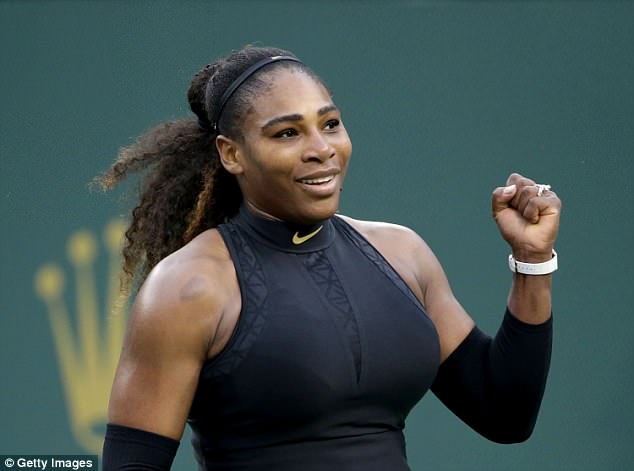 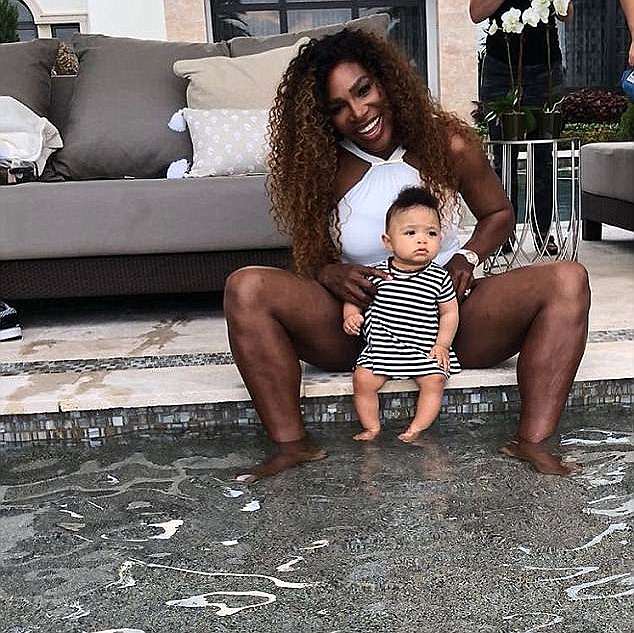 ‘No person should ever be penalized professionally for having a child! The #WTA should change this rule immediately. #FrenchOpen.’

She won her first two matches before losing to sister Venus Williams. Two weeks later, she fell to Japan’s Naomi Osaka in the opening round of the Miami Open.

President Donald Trump’s daughter is not the only one standing up for Williams, who gave birth to her and husband Alexis Ohanian’s daughter, Alexis Olympia, in September. 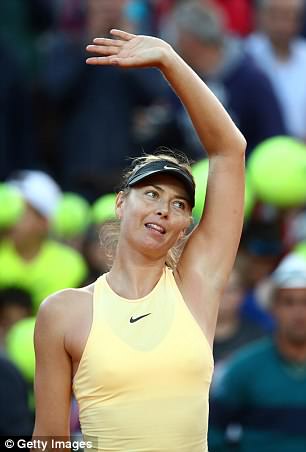 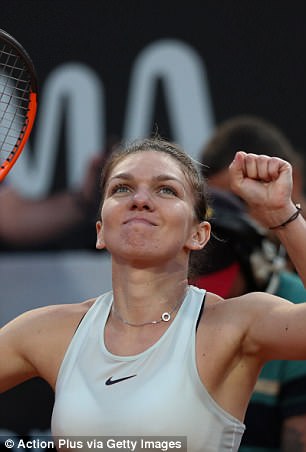 ‘Tennis is such a selfish sport but I think when there’s a child in your life you lose a little bit of that, because there’s something that’s so much more important,’ Wiliams’ tennis rival Maria Sharapova said at the Italian Open last week. ‘So, yeah, I definitely think that would be a nice change.’

Simona Halep also called for a change saying that if a player takes a maternity leave to have a child her ranking should be protected.

‘It’s normal to give birth to a kid. It’s normal to have protected ranking. It’s more than tennis,’ she added. ‘So the people will decide what seed she will get. But in my opinion it’s good to protect the ranking when someone is giving birth.’