First, there was the dog that Twitter users thought looked like actress Laura Dern. And now, Ivanka Trump has found her doggy doppelganger too.

Twitter user Francesca (@witchpuppy) shared the image of the unidentified dog, who is pictured with its long white fur pulled into a ponytail and a studded collar around her neck.

Thousands have liked and shared the snap of the captivating canine — with many insisting the pet is a dead ringer for the first daughter.

Doggy doppelganger: Twitter users are going wild for this dog, which they say looks like Ivanka Trump 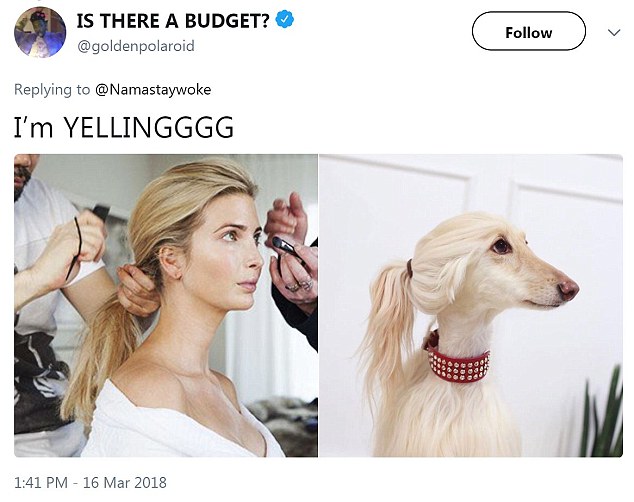 Resemblance! Several even found the perfect photo of Ivanka with a ponytail to compare 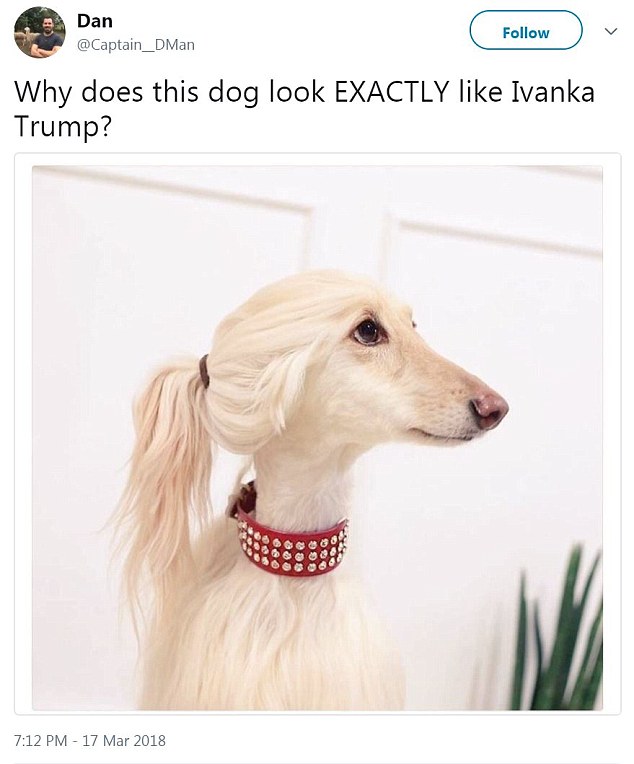 See it? Several people have chimed in to point out that they look alike 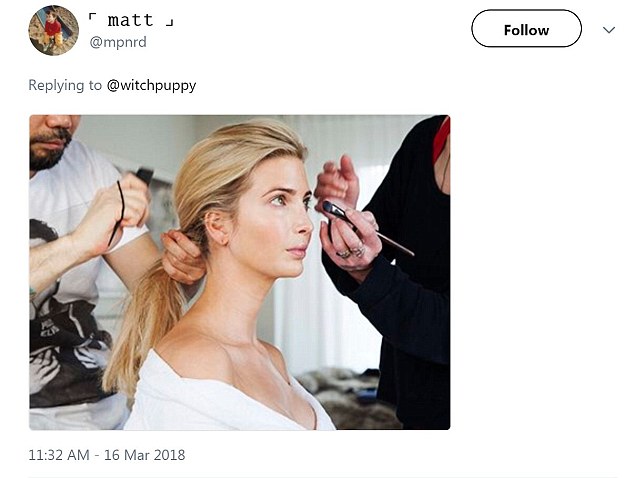 Got it! This Twitter user appears to have been the first to find the perfect comparison photo

Mum: Ivanka has not yet commented on finding her puppy twin

Francesca simply commented on how trendy and hip the dog looks, writing: ‘She is an influencer on YouTube.’

Several followed that thread of thinking,, with one joking that the dog has ‘her own perfume line’ and another asking what her channel was called.

Yet an overwhelming number of Twitter users couldn’t get past how much the dog looks like Ivanka Trump.

With its long, thin nose and pretty updo, they joked that the unnamed pup could blend right in at the White House. 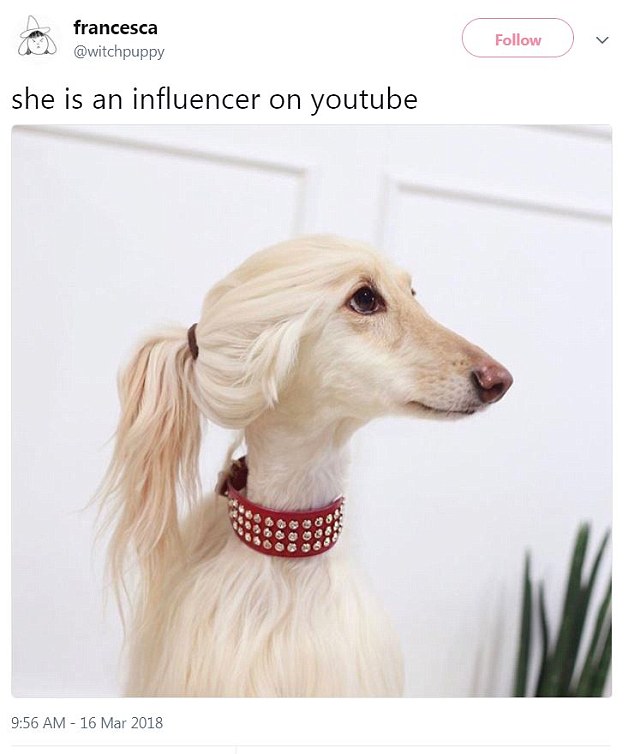 So trendy: Twitter user Francesca was the first to tweet about the dog, joking that she was a social media influencer

Hey Gwynnie! One joked that the dog has a brand called Poop, like Goop 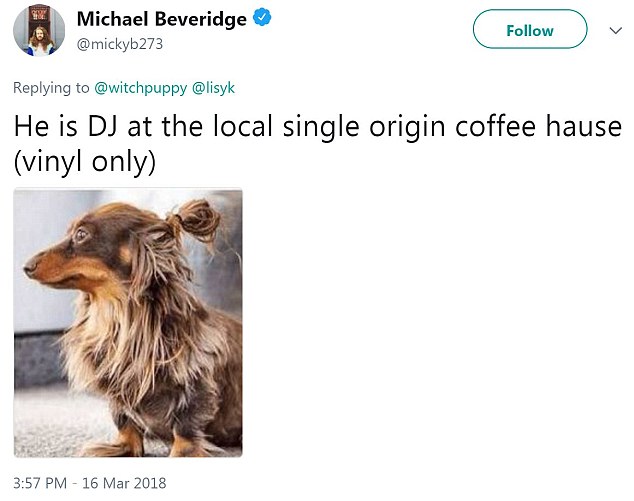 Man bun: The trendy ponytailed pup could date this doggy with a man bun

Copycat: Others joked that they wanted to replicate the ‘do

‘OMG Ivanka, wrote one. ‘The dog is prettier and probably smarter,’ snarked another, while a third quipped: ‘And definitely has a better pedigree.’

‘OMG – I thought the same thing,’ yet another person tweeted. ‘Ivanka in dog form.’

Others picked up the image and shared it on their own, with several versions — including ones that pictured Ivanka with a ponytail side-by-side with the dog — earning thousands more likes.

A few thought the dog also looked like Paris Hilton and YouTuber Jenna Marbles, though Ivanka was the frontrunner.

It’s unknown if Ivanka has seen the comparison herself yet, but she has not commented on social media.