Several customers have threatened to part ways with a popular beauty salon in Iowa after the manager shared a photo of Governor Kim Reynolds smiling next to Ivanka Trump.

The First Daughter went in for a styling session at Salon Spa W, located in the East Village of Des Moines, with the Republican politician on Monday.

Immediately after, Facebook users took to the comments section to slam the salon – which has stellar business reviews and 4,261 likes on their page. 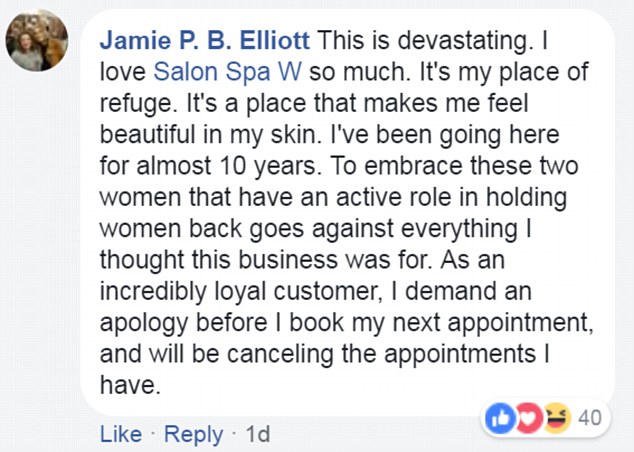 Immediately after, Facebook users took to the comments section to slam the salon 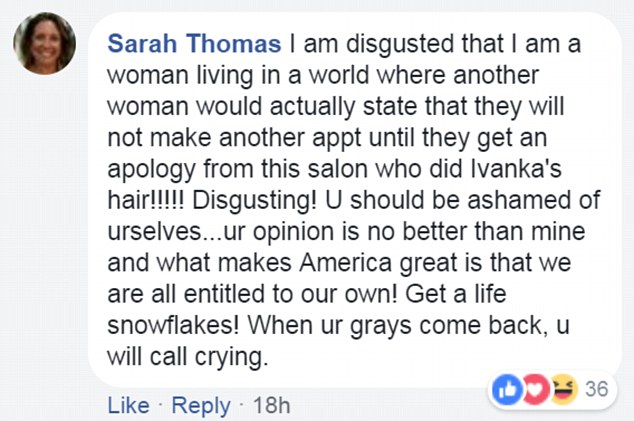 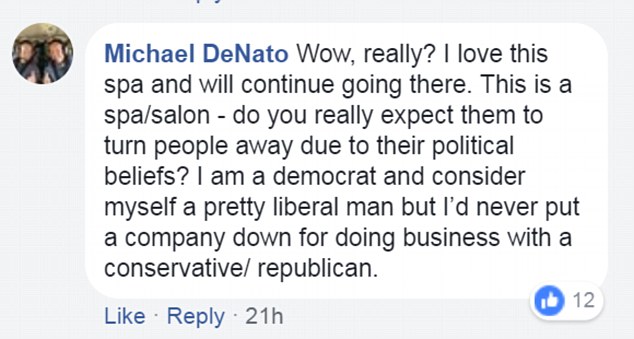 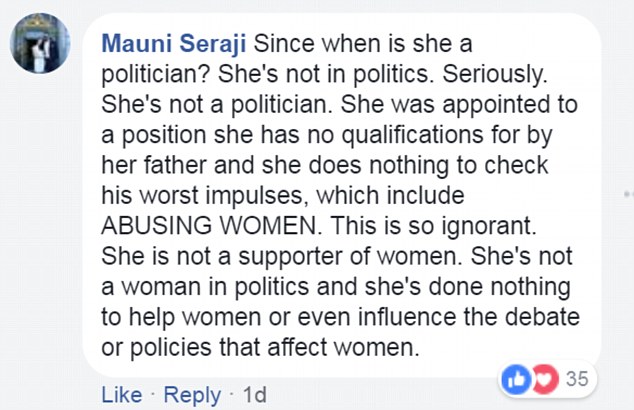 One said she would be canceling future appointments, while demanding an apology from the salon before coming back.

Another criticized both Trump and Reynolds, calling them ‘beacons of feminism’.

Someone else simply said they would no longer be doing business with Salon W.

The manager followed up with a response after customers threatened to cut ties with the salon.

‘We believe everyone matters and deserves our indiscriminate care and kindness,’ President Wong first said in the post.

‘We were taken aback by the response to the image below of our Governor with Ivanka Trump who received services from our salon. We also recognize impact matters more than intent. 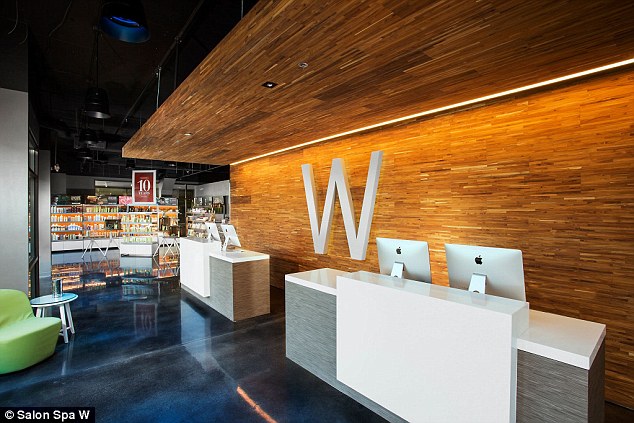 Trump went in for a styling session at popular Salon Spa W, (pictured above) located near the State Capitol 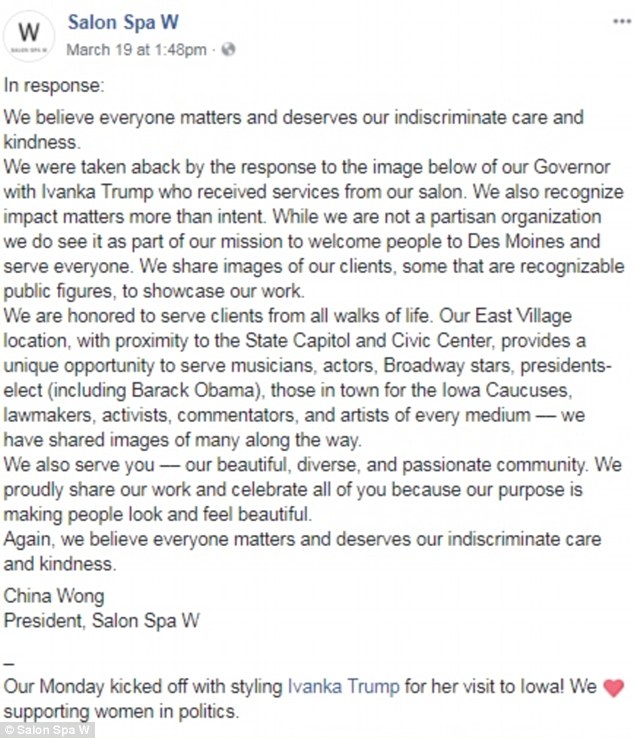 ‘While we are not a partisan organization we do see it as part of our mission to welcome people to Des Moines and serve everyone. We share images of our clients, some that are recognizable public figures, to showcase our work.’

The high-profile beauty bar, located near the State Capitol, has worked with several other notable names, including Barack Obama, other local lawmakers, actors, actresses and beyond.

The manager furthermore said the company welcomes and supports individuals from all walks of life.

‘We also serve you –– our beautiful, diverse, and passionate community. We proudly share our work and celebrate all of you because our purpose is making people look and feel beautiful.

‘Again, we believe everyone matters and deserves our indiscriminate care and kindness,’ Wong concluded. 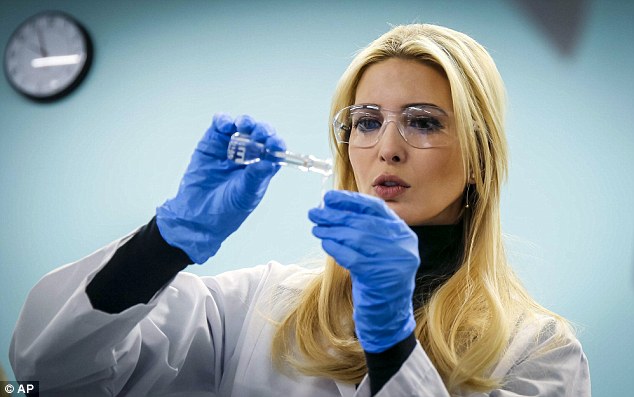 Ivanka Trump uses a pipette to measure nicotine levels in cigarettes in a lab during a tour of the Waukee Innovation and Learning Center in Waukee, Iowa, Monday, March 19, 2018 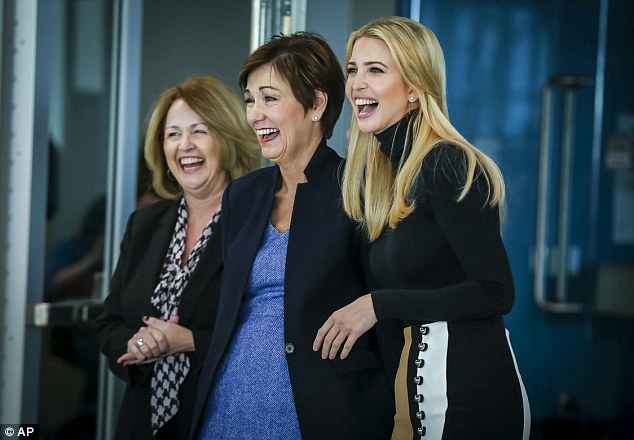 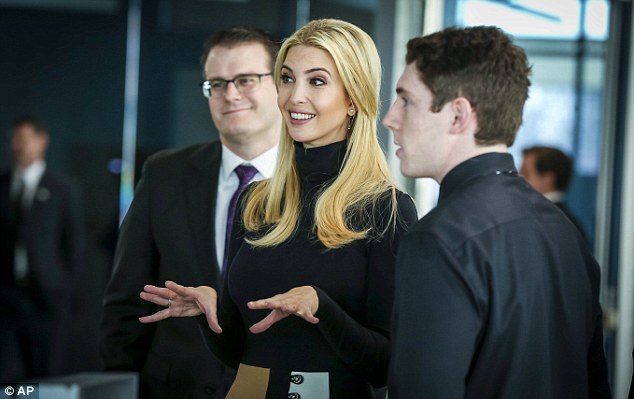 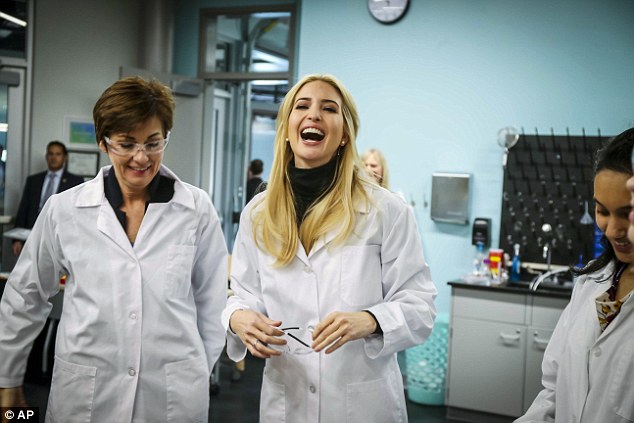 Trump, right, and Iowa Gov. Kim Reynolds don lab coats and goggles while at the center

Trump paid the visit as way to illustrate the Trump Administration’s infrastructure and workforce development plans.

She was seen in photos experimenting in a robotics lab at the Innovation and Learning Center in Waukee.

Trump later announced during the meeting: ‘I, personally, was very excited to see so many young ladies. Women are minorities have been traditionally underrepresented in STEM fields.’

The mother-of-three also talked up the governor in a video seen on the Des Moines Register.

‘I have to say, Governor Reynolds has been such an unbelievable champion for so many issues that are administrative priorities,’ Trump said.