‘I’ve been struggling with depression’: Brian May breaks his silence over cameraman rant in Brisbane

Legendary Queen guitarist Brian May has spoken out following an altercation with a cameraman after landing in Australia.

The 72-year-old met with fans outside Brisbane Airport on Tuesday after arriving on a private jet.

A cameraman began filming May meeting fans which prompted the guitarist to repeatedly ask him to stop.

The cameraman obliged, before taking out his phone to film May, which seemingly infuriated the guitarist.

‘Oh, you’re clever aren’t you?’ May said, as reported by 7News. ‘What a parasite you are.

‘Just leave us alone will you. Do you not understand?’

The cameraman kept his phone rolling, prompting May to leave a young fan and approach him.

He apologised to his fans for the outburst before leaving.

Taking to Instagram on Thursday the famous musician told his side of the story.

‘There’s a fine line between anger and depression, and I’ve been struggling with all of that since I got ambushed and harassed by a TV news team, fresh off the plane from New Zealand,’ he said.

‘I’m not exactly known for being aggressive, even in the face of provocation, but this guy caught me unawares – one of the rudest and most disrespectful video cameramen I’ve ever encountered.’

May said he tried to ignore the cameraman for as long as he could.

‘He kept on filming, and aggressively turned the camera close-up on my face. That, to me, felt like deliberate invasion of my space, and downright unfriendly.’ 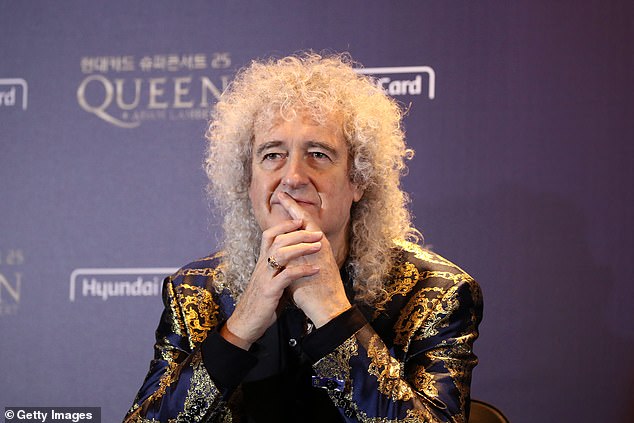 Brian May of Queen attends the press conference ahead of the Rhapsody Tour at Conrad Hotel on January 16, 2020 in Seoul, South Korea

He said he lost his temper after the cameraman pulled out his phone to continue filming after being repeatedly asked to stop.

‘I headed towards him with the intention of temporarily separating him from his phone, and actually put a hand on it, before my security guy gently dissuaded me.’

May said he has been working through his feelings of being ‘publicly disrespected’ and should not have fallen for the bait, being that the cameraman had the only footage of the incident.

He said he was extremely grateful for the support of fans who reached out to him in the last few days and said he is very fond of Queensland.

‘Tomorrow morning I will get up and do my preparations with the intent to give the best performance of my life… and a determination to give our wonderful fans in Brisbane the best night of their lives’.

May is in the country for the Australian leg of Queen and Adam Lambert’s Rhapsody Tour.

The band play shows in Brisbane, Sydney, Melbourne, Perth, Adelaide and the Gold Coast through February.

They will also play at the Fire Fight Australia charity concert to raise money for bushfire victims on February 16 at ANZ Stadium. 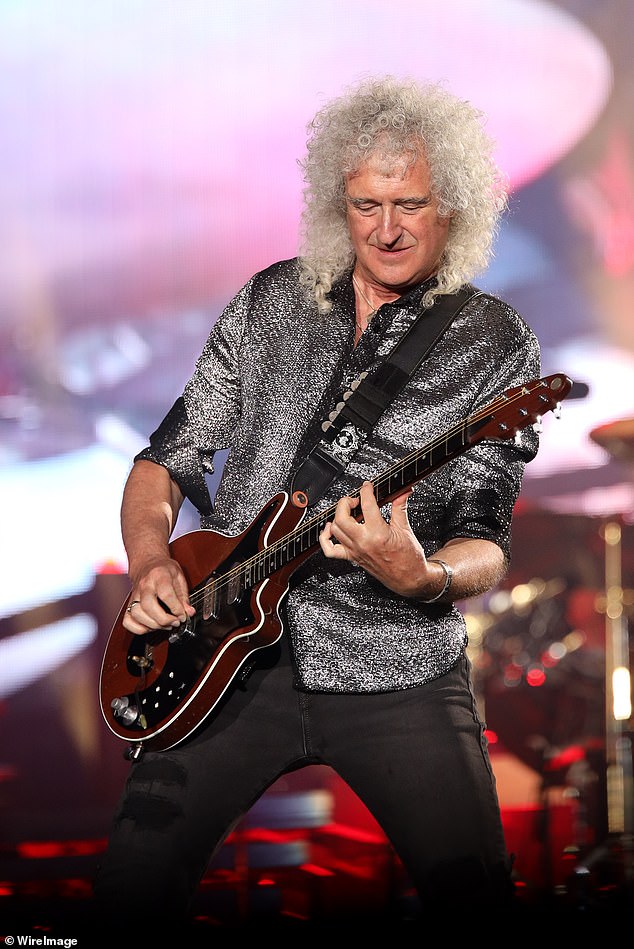