‘I’ve used it my entire life’: The $9.95 Priceline beauty product that Jenna Dewan SWEARS by

Jenna Dewan’s effortless style and beauty is coveted by fans around the world.

And now the actress has taken to YouTube to reveal her favourite hair care products so others can follow in her footsteps.

There are six items she uses on a daily basis, one of them being Batiste Dry Shampoo – a $9.95 product sold at Priceline stores around Australia.

‘It’s been used on me since I was in dance recitals my entire life… it’s a shining product,’ the American actress said.

Jenna, the former partner of Channing Tatum, started her career as a backup dancer for Janet Jackson and later worked with artists including Pink, Missy Elliott and Christina Aguilera.

She is known for her role in the dance film Step Up and more recently was  playing the recurring role of Lorna Jane in Supergirl.

It’s these roles that have helped gain her attention worldwide, as well as her red carpet outfits that often see her on best-dressed lists.

The look she shared was her everyday hair, which she has called a ‘natural wind swept beachy vibe’. 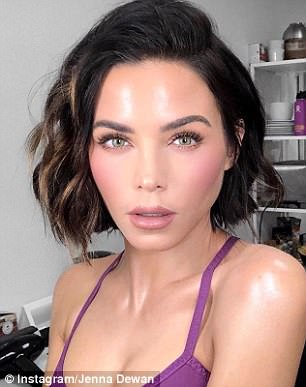 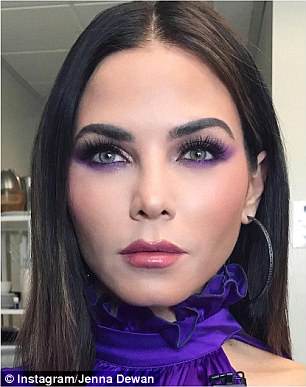 There are six items she uses on a daily basis, one of them being an Australian product for $9.95 – Batiste Dry Shampoo 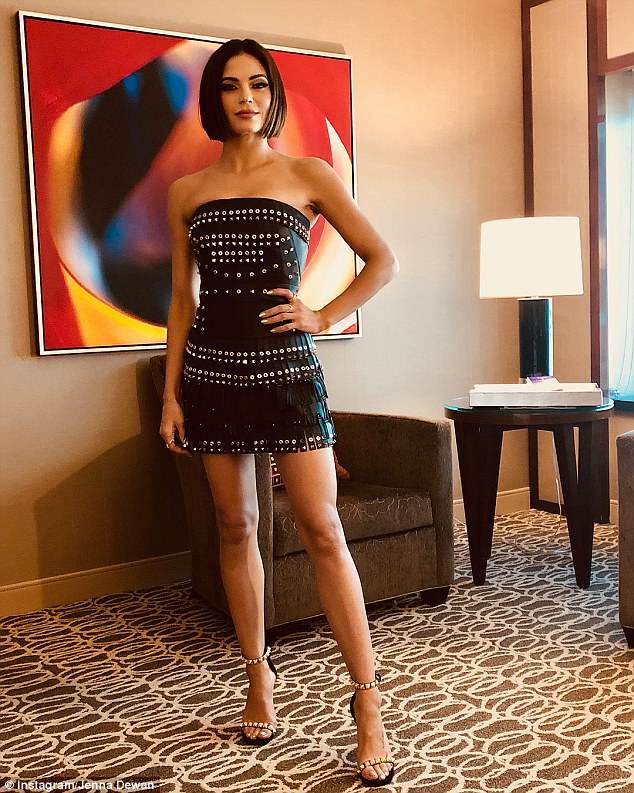 The look she shared was her everyday hair, which she has called a ‘natural wind swept beachy vibe’

Jenna told her viewers that you don’t want to be washing your hair every day, so the dry shampoo can be used in between washes.

‘This stuff is just magic for some reason and it smells really good,’ she said.

‘I also put it in my hair if I’m putting it up or going out at night to give it some grip, some texture and it’s just the best find,’ she said.

‘Take it from a dance recital girl, this is good.’

Jenna explained that her hair routine is all about keeping it as simple as possible. 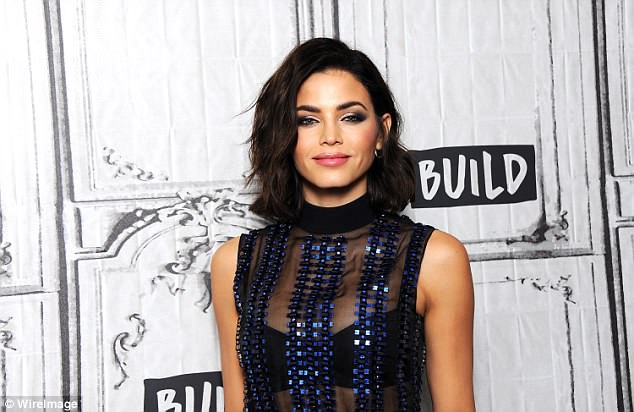 ‘I don’t spend a lot of time on my hair so I have to have a hair cut and use products that I can literally put in my hair, scrunch and use and go,’ she said.

All Jenna did was spritz it through her locks and scrunched it to tousle her tresses for an easy day-to-night look.

Jenna said that she likes to keep her routine simple, so she’s after products that help her achieve this.

Once she has used her favourite products on her hair she goes over her locks with a straightener if she has the time.

‘[My routine] has to be real quick and easy for me because this is about as much time as I get,’ Jenna said.