A couple who turned to IVF after seven years of trying for a baby have welcomed triplets – two of whom were conceived naturally.

Betty Bienias, 36, and husband Pawel ‘didn’t listen’ to advice to not have sex four days before her eggs were retrieved for the NHS treatment.

The mother, who had been trying for a baby for years, then became pregnant naturally with Mathylda and Borys.

She conceived another baby, Amelia, through IVF several days later, the Sun reported.

All three babies were part of the same pregnancy despite being conceived at different times.

Ms Bienias, from Corsham, said: ‘You’re not allowed to have sex four days before the egg collection but I don’t think we listened.’

Geeta Nargund, a consultant gynecologist and medical director at Create Fertility, said couples are advised to remain celibate during egg collection as it can result in multiple births.

Mothers are more at risk of complications, including premature birth, with a multiple pregnancy. 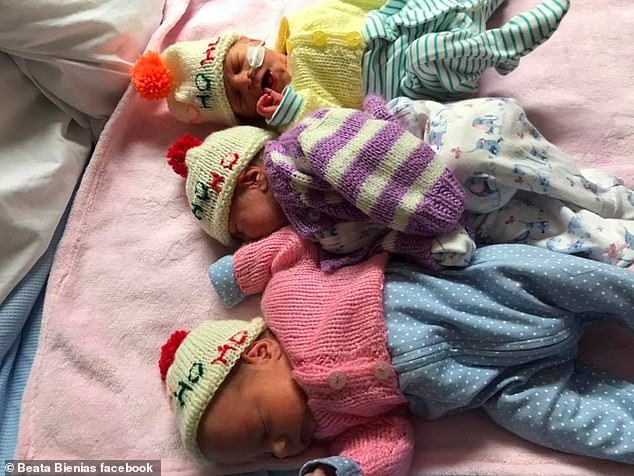 The mother then became pregnant naturally with Mathylda and Borys. She conceived Amelia through IVF treatment days later 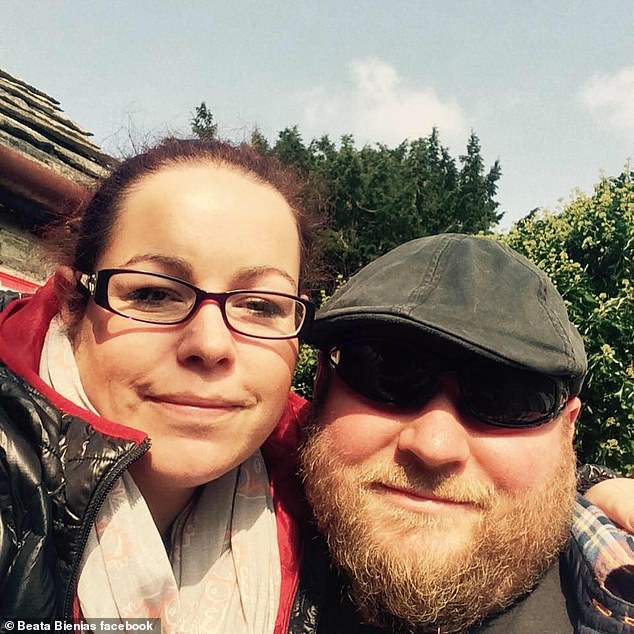 Ms Bienias, 36, and her husband Powell (pictured) had been trying for a baby for seven years

She feared this would prevent her from conceiving a child.

The triplets were born five weeks early by caesarean section at the Royal United Hospital in Bath on December 13.