Just 12 per cent of clinical commissioning groups, which have the final decision on what treatments can be dished out, now follow national guidance.

This is down from 24 per cent in 2013, a report by campaign group Fertility Fairness shows. And seven areas now have an outright ban on funding IVF – a figure which has more than tripled in five years.

Health watchdogs urge CCGs to offer women access to three cycles of IVF to boost their chances of having children, so long as they meet certain criteria.

But financial restrictions are forcing many to defy recommendations and slash the service completely as they seek to save millions of pounds – scuppering the hopes of thousands of women.

Furthermore, 7 per cent are currently consulting whether they should scrap or reduce NHS fertility treatment.

BEST AND WORST AREAS FOR IVF

Top of the league (providing 3 cycles and least strict criteria):

Bottom of the league (providing none):

The National Institute for Health and Clinical Excellence (NICE) provides the criteria on who should be entitled to IVF on the NHS.

However, individual CCGs make the final decision about who can access it in their local area, and they are imposing stricter criteria as they experience squeezed budgets.

A previous survey by Fertility Clinics Abroad and Fertility Network UK suggested other key drivers were behind the spiralling cost of private treatment.

Long waiting lists and a low supply of donor eggs in the UK are also leading to a boom in ‘fertility tourism’, it said.

British Fertility Society Chairperson Professor Adam Balen said he was ‘dismayed’ by the figures that he says prove there’s ‘a postcode lottery’ which is ‘vastly unfair’.

Nurse Janine Lomas is one of these countless women who feel let down by the NHS. She was left infertile after cancer treatment at 29, yet was denied IVF by her local trust.

Paramedic Charlotte Green was robbed of her fertility before she was even a woman after enduring early menopause when she was just 13 years old. Now 29, she went abroad after her one shot on the NHS at her dream to have a child via IVF sadly failed.

MailOnline speaks to these women about their heartbreaking experiences.

Janine, 37, a hospital nurse from the Wirral, Merseyside, says that like many women, she had ‘always imagined a future with a husband and children’.

But then life delivered a cruel blow when she was diagnosed with acute myeloid leukaemia (AML) at just 29 and treated with chemotherapy.

Five months later, she had a relapse and was warned she needed more aggressive treatment that would make her infertile.

‘At the time I was fighting for my life and I tried to push the infertility issue to the back of my mind,’ she said.

‘I had total body irradiation (TBI) alongside high dose chemotherapy to kill off the leukaemia, followed by a bone marrow transplant.

‘There was no way of protecting my ovaries from the radiation but it was my only option to survive.

‘I always hoped there was a chance my ovaries were not damaged – but two years later it was confirmed I was infertile. I was beyond heartbroken.’ 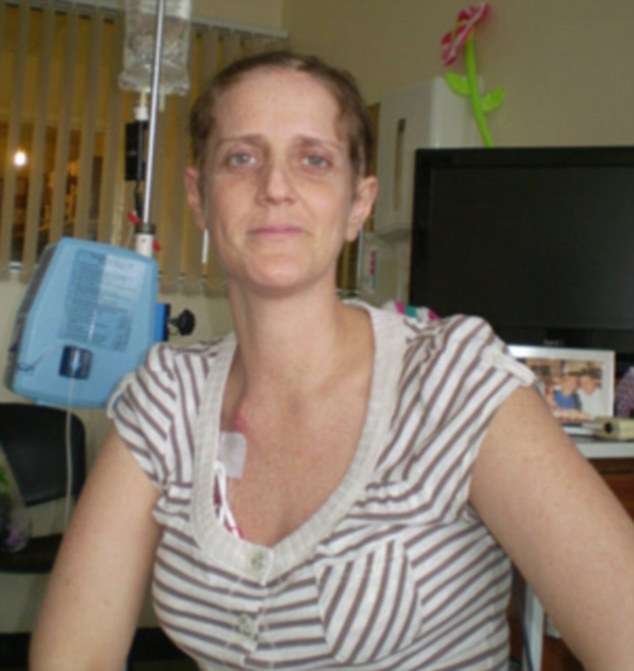 WHO GETS FREE IVF?

IVF is only offered on the NHS if certain criteria are met.

In 2013, the NICE published new fertility guidelines that made recommendations about who should have access to the treatment on the NHS in England and Wales.

However, individual NHS Clinical Commissioning Groups make the final decision about who can access it in their local area, and their criteria may be stricter.

According to NICE, women aged under 40 should be offered three cycles of IVF treatment on the NHS if:

If you turn 40 during treatment, the current cycle will be completed, but further cycles should not be offered.

If tests show that IVF is the only treatment likely to help you get pregnant, you should be referred for IVF straight away.

Denied because of step son

A couple of years later she met her husband-to-be, Dave, who is now 34. After a year together, they knew they wanted children and began researching fertility treatment.

But Janine was shocked to be told she wasn’t entitled to treatment on the NHS because Dave already had a son from a previous relationship.

‘I longed to add to our family and give birth to his baby, his second but my first, even using someone else’s eggs. It feels so unfair.’

Janine and Dave looked into private clinics. But because of a shortage of donor eggs in the UK, they faced a long waiting list.

‘Additionally, we discovered we would have to fork out £3,000 to register with an agency on top of all the treatment which has to be paid up front,’ she explained.

‘There’s no protection from the risk the donor can pull out and you losing your money.’

So Janine and Dave visited a clinic in Cyprus last year and had four embryos using donor eggs and her husband’s sperm implanted into her womb.

‘It was all so much easier going abroad but it wasn’t meant to be. We were devastated when it failed,’ she said.

Then in February this year they returned to Cyprus to have their remaining three embryos transferred. Just 12 days later Kanine had a positive pregnancy test.

‘We were on cloud nine that we finally had our miracle baby after years of thinking it may never be possible.

‘We waited excitedly for our six-week scan, in the UK. But then they told us there was no heartbeat or baby. We were sent away not understanding what had happened.’

Another urine test was negative. Janine presumes the first tests were correct and she had miscarried early.

‘Our gripe with our experience of going abroad is that we didn’t feel like we got much after care – no follow up consultation or counselling.

‘I’m afraid to go through the heartbreak again but we’re not ready to give up on our dream of having a baby.

‘We don’t know how many failed attempts are ahead of us and how much it will cost us.

‘We would prefer to get treated in the UK but financial reasons may force us to look into going abroad again.’

Charlotte Green, 29, is a paramedic from Bristol. She went through premature menopause at 13.

‘Like many of my friends, I got my periods at 12 years old,’ she said. ‘Unlike them, they stopped just a year later.’

Premature menopause can be caused by genetics, illness, or medical procedures, but the doctors were baffled by Charlotte’s case and never identified the cause.

‘I began hormone replacement therapy (HRT) to restore my estrogen levels and prevent complications, such as osteoporosis,’ she explained. ‘It also helps to relieve symptoms such as hot flushes, mood swings and night sweats.’

Sadly no treatment actually reverses or prevents premature menopause and its effect.

‘When I was 15 tests confirmed that I was infertile,’ she said. ‘I remember feeling disappointed yet I shrugged it off, after I wasn’t thinking of having children at that age. 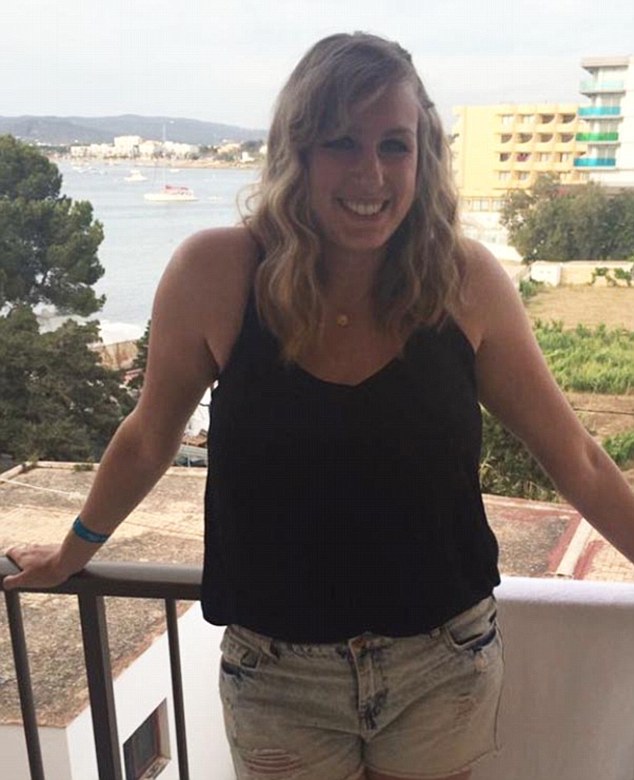 ‘It was only when I met my husband-to-be, Andy, in 2010 that the reality of it hit me. We were married two years later and wanted a future together that included the patter of tiny feet.’

Charlotte was entitled to IVF on the NHS – but just the one round.

‘It’s a postcode lottery and I know I am lucky to get even that as some women are not entitled to any,’ she said.

‘My sister Danielle very kindly volunteered to donate her eggs – having a baby I was genetically related would be very special.’

But then Danielle, who already had a child, through the process discovered she had polycystic ovary syndrome, meaning she herself faced difficulties getting pregnant as a result of irregular ovulation or failure to ovulate.

‘Just one embryo formed from the infertilisation attempts using her eggs and Andy’s sperm.

‘The clinic implanted the embryo but it failed – we later discovered that I’d not been given enough estrogen to thicken the lining of my uterus.

‘I was really disappointed and felt we had been misinformed – the clinic had been overly optimistic about out chances of conceiving with just one embryo.

‘Had we understood how remote the chances were we may have gone with another egg donor – our one shot on the NHS was blown and it placed a strain on us all.’ 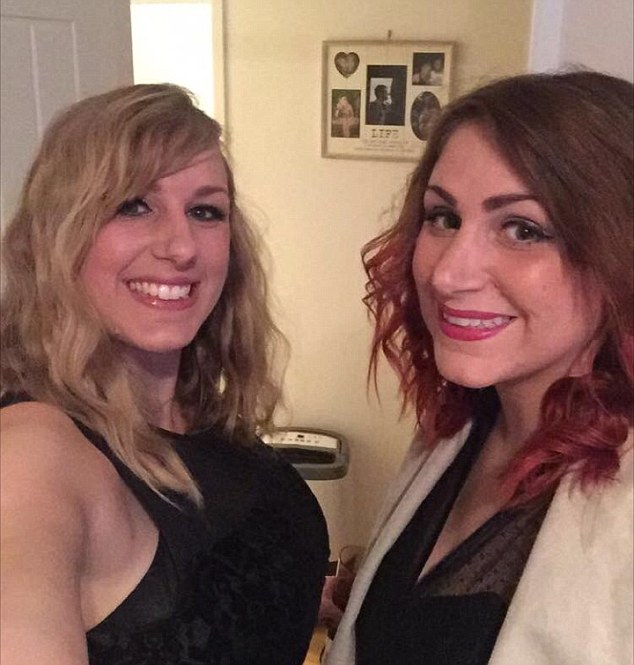 Charlotte, on the left, tried IVF using eggs donated by her sister Danielle who has polycystic ovary syndrome but it failed

And so Charlotte and Andy were forced to go down the private route.

‘It’s cheaper going abroad, but for us, our decision to go abroad was more about the higher success rates. Plus, there was no wait for egg donation – compared to 18 months to two years in the UK even privately.

‘The clinic was very professional. All the pre-treatment was carried out local to us in Bristol so we didn’t have to travel too much.’

In February Charlotte did fall after just one attempt but just six weeks into the pregnancy she miscarried.

‘It’s just utterly heartbreaking but we will keep trying. We have more embryos frozen and we will be going back to Spain in August.

‘As a paramedic I’m a big fan of our NHS, it’s just such a shame the funding isn’t there to help women like me.’

REPORT REVEALS WHY WOMEN ARE GOING ABROAD FOR IVF

A study by Fertility Clinics Abroad and Fertility Network UK in May revealed restrictions on NHS treatment and the high cost of private treatment in Britain were the major factors in pushing couples overseas.

She said: ‘Britain’s pioneering achievements in fertility – such as creating the world’s first test tube baby 40 years ago – sadly does not mean anything if women cannot access the help they need on the NHS.

‘Many people simply cannot afford the cost of private treatment in the UK. Some are forced to get into debt and re-mortgage their house. It’s desperately unfair.

‘Access to clinically and cost effective treatment for any medical condition should never be dependent on your postcode.’