Supermodel Izabel Goulart looked jubilant in a risqué canary yellow cut-out ensemble as she cheered on her home country Brazil in their 4-1 win over South Korea at the FIFA 2022 World Cup in Qatar.

The 38-year-old fiancée of German player Kevin Trapp, put Germany’s defeat behind her as she donned a daring co-ord set.

The former Victoria ‘s Secret star draped the Brazilian flag over her toned shoulders and had it emblazed on her matching yellow socks.

The daring outfit showed off her enviable athletic frame, with its plunging cut-out detail down the front and sheer patterned fabric.

Izabel Goulart, 38, (pictured) looked jubilant in a daring outfit as she cheered on Brazil. The model was pictured during Brazil’s win over South Korea in the World Cup

Not leaving much to the imagination, the model showcased her long legs in the matching skin tight shorts.

She let her long dark hair fall effortlessly around her shoulders, in a casual but stylish half up do, showing off her golden square hoop earrings.

Adding another dimension to her already loud outfit, Izabel opted for a belt chain, metallic bag, wrapped around her waist.

Her partner Trapp had only been the back-up keeper as Germany headed out of Qatar – but Izabel was one of the more enthusiastic Wags as she roared on Hansi Flick’s men. 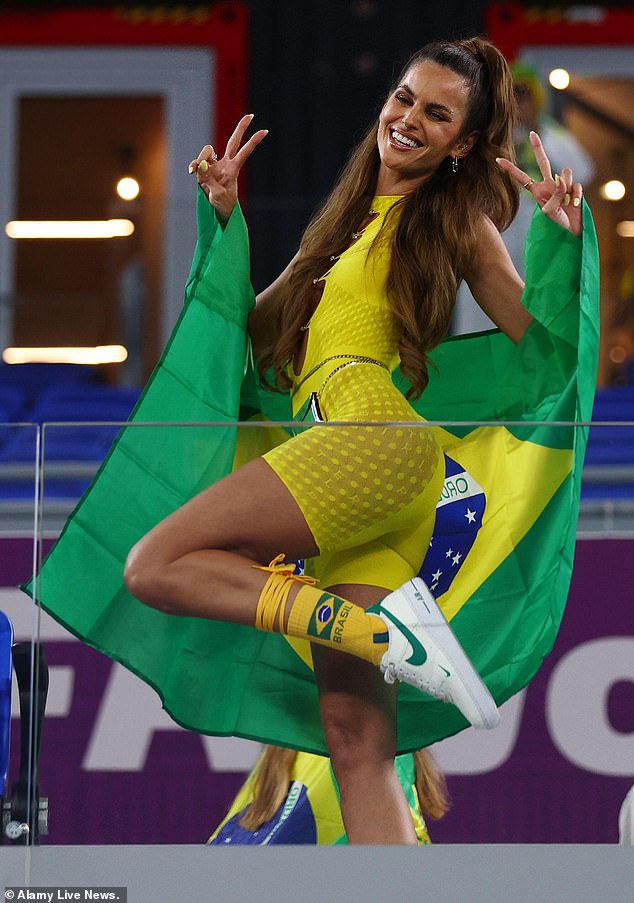 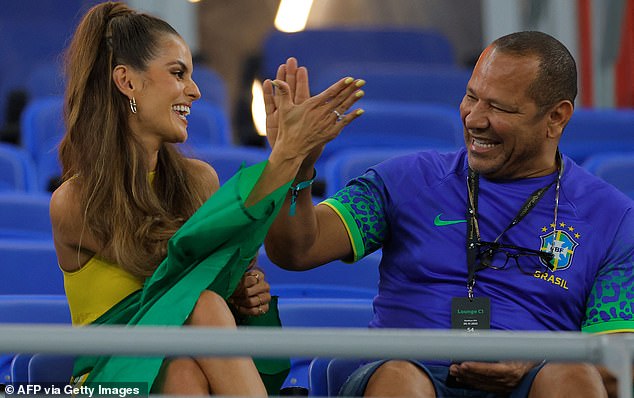 But not one to be put out, she rallied again to support her own country, Brazil and throughout the match was seen chatting with Brazilian football hero Neymar da Silva Santos Júnior’s father.

And after Vinícius Júnior, Neymar, Richarlison and Lucas Paquetá all scored, the pair were seen enjoying celebrations, high fiving and fist jumping.

Izabel was also snapped jumping up and down, and dancing with her enormous Brazilian flag.

The news comes as Brazil booked their spot in the Quarter Final and will play Croatia in the next round. 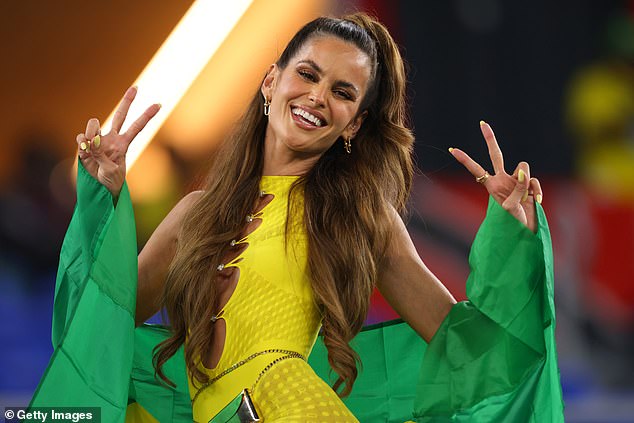 The Instagram sensation, who has rocked up 4.5million followers on the platform, was spotted smiling as she posed for the cameras 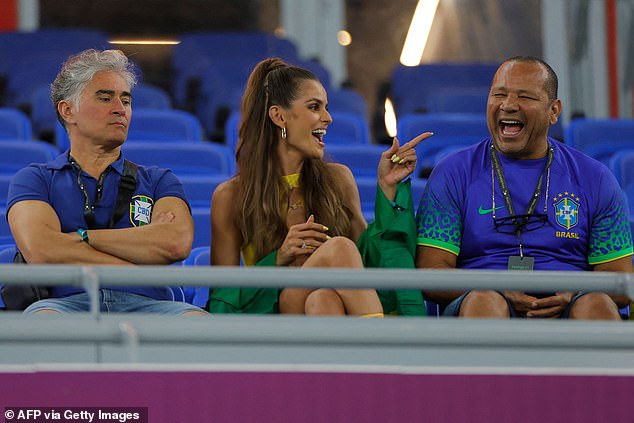 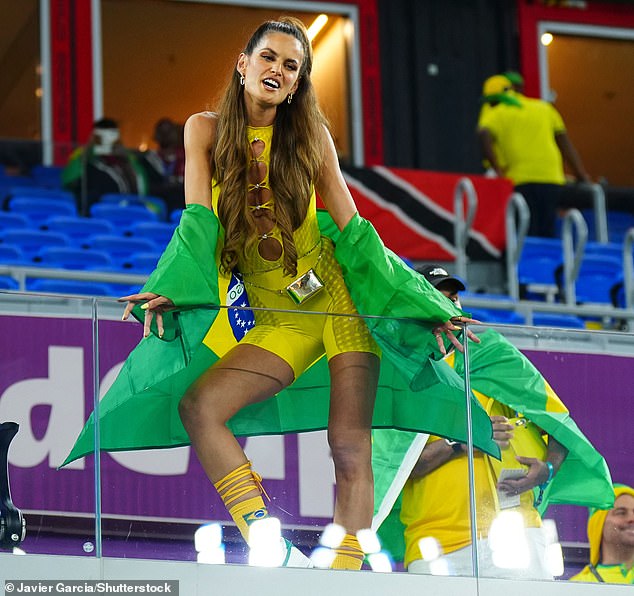 Izabel is the model partner of German goalkeeper Trapp, who was knocked out of the World Cup with the international team three days ago.

The pair announced their engagement in 2018 and Izabel has been supporting her man throughout the world cup in Qatar.

During Germany’s knockout stages the fashion model was seen court side, kitted out in her fiancé’s Germany football shirt, styling it up as a dress while she watched the team take on Japan, losing out by one goal to the team. 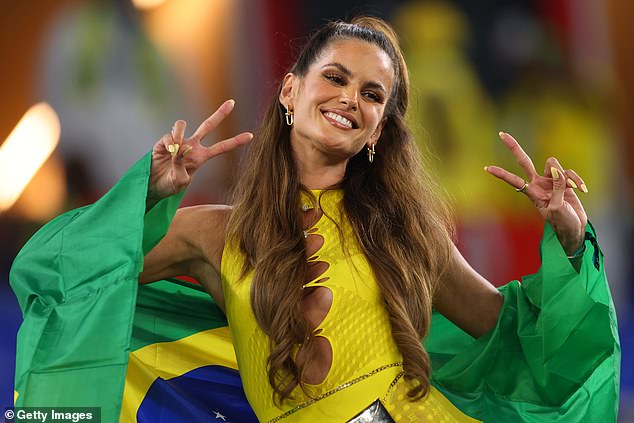 Izabel let her dark brown locks fall effortlessly around her shoulders in a chic up-do, showing off her golden square hoop earrings

Izabel cinched in her waist by adding a black belt to the goalkeeper top, teaming the piece with a pair of over-the-knee white and black striped socks.

Later avoiding the cold by throwing a white, longline coat over her shoulders, the star kept comfortable in a pair of white trainers.

Her chocolate brown tresses were sleekly pulled back into a high ponytail with two thin headbands keeping loose strands at bay.