J.K Rowling and her husband have purchased the Grade II listed cottage where the Harry Potter author spent almost a decade of her childhood.

The property has unique features and is even home to a cheeky note the author scrawled into the wall when she was 17-years-old that read: ‘Joanne Rowling slept here, circa 1982’.

Rowling, 54, along with her husband Dr Neil Murray, have even commissioned major renovation works for the property in Wye Valley near Chepstow, it was revealed today. 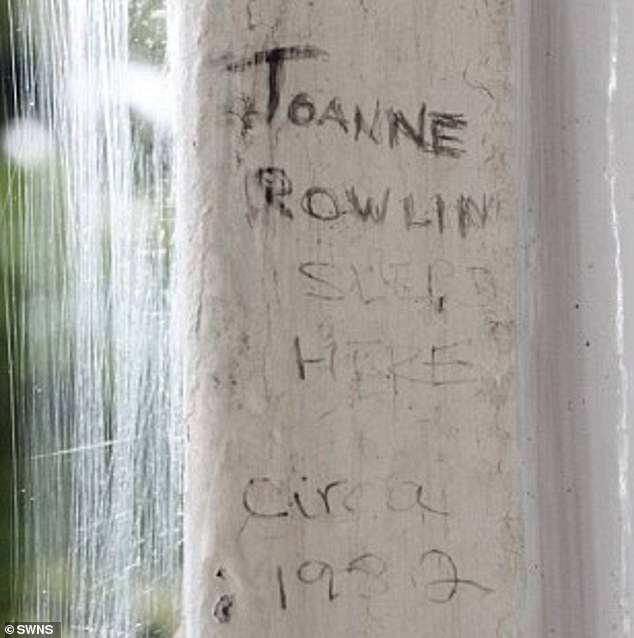 The property has unique features and is even home to cheeky note the author scrawled into the wall when she was 17-years-old that read: ‘Joanne Rowling slept here, circa 1982’

Church Cottage at Tutshill was the multi-millionaire writer’s home from the ages of 9 to 18, the property had previously gone on the market for £400,000.

Edinburgh based Caernarfon Lettings Ltd, the property company Rowling runs with her husband, has now purchased the property with Rowling listed at the person in ‘significant control’ of the firm.

Forest of Dean District Council has granted the pair planning permission to install two rear dormer windows and knock down and rebuild the garage. 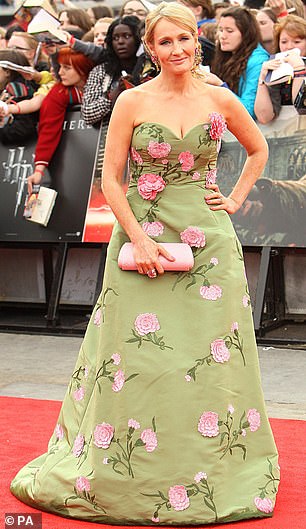 The author lived at the house with her late mother Anne, father Peter, a Rolls Royce worker in Bristol, and sister Diane from the age of nine to 18.

During her teenage years she was head girl at the nearby Wyedean School in Sedbury.

The author, who is most famous for her Harry Potter series, but who has also penned other books such as The Casual Vacancy, is believed to have based characters such as Professor Severus Snape and Harry’s ginger-haired pal Ron Weasley on people she met there.

On leaving school she left home and went to Exeter University before studying in Paris. She worked for Amnesty International in London before moving to Scotland, where she has resided since.

The architecture of the Gothic style cottage, thought to have been designed by architect Henry Woodyer, has been described as ‘very Hogwarts-like.’ 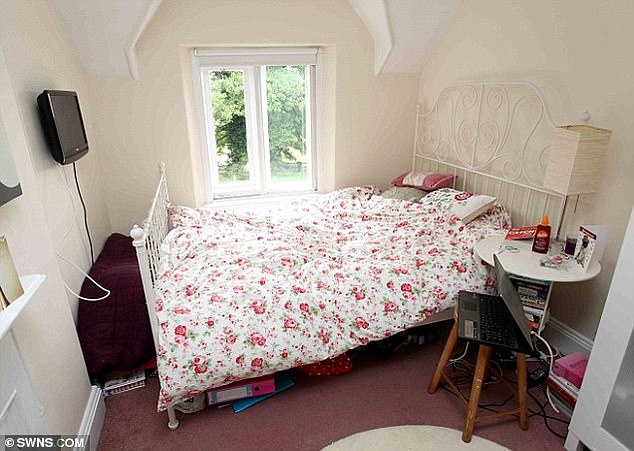 Inside the property: When the property went up for sale in 2011 the estate agents posted these images of one of the bedrooms 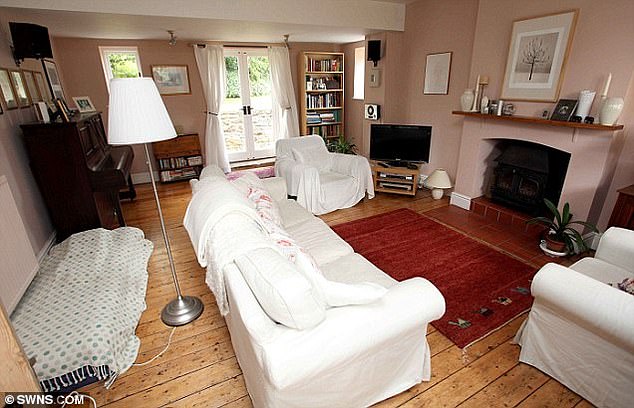 Inside the property: The image above shows the living room at the property when it went on sale in 2011

It has vaulted ceilings, stone windows and includes an under-stairs cupboard, similar to the one aunt Petunia and uncle Vernon Dursley forced Harry Potter to live in before he left for Hogwarts.

It also has a cellar reminiscent of the one where Harry searches for the Philosopher’s Stone in the first novel.

In January last year planning agents obtained permission to change the windows and garage of the house – originally a schoolhouse and then rectory – after a report was submitted listing all the work proposed by the owners. 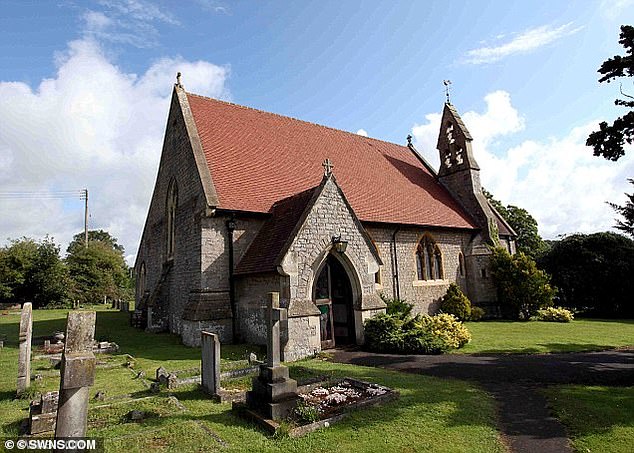 Neighbours: The St Lukes Church in Tutshill, which is next door to the Church Cottage

The report said the roof needed stripping back and repaired with the same tiles, the secondary glazing should be repaired, the plastic gutters replaced with metal ones, the chimneys swept and the bathroom replaced.

The quarry tiled floor around the trap door is to be repaired and retained and the house redecorated says he report.

There is speculation about what Rowling and her husband plan to do with the house after the renovations are complete. 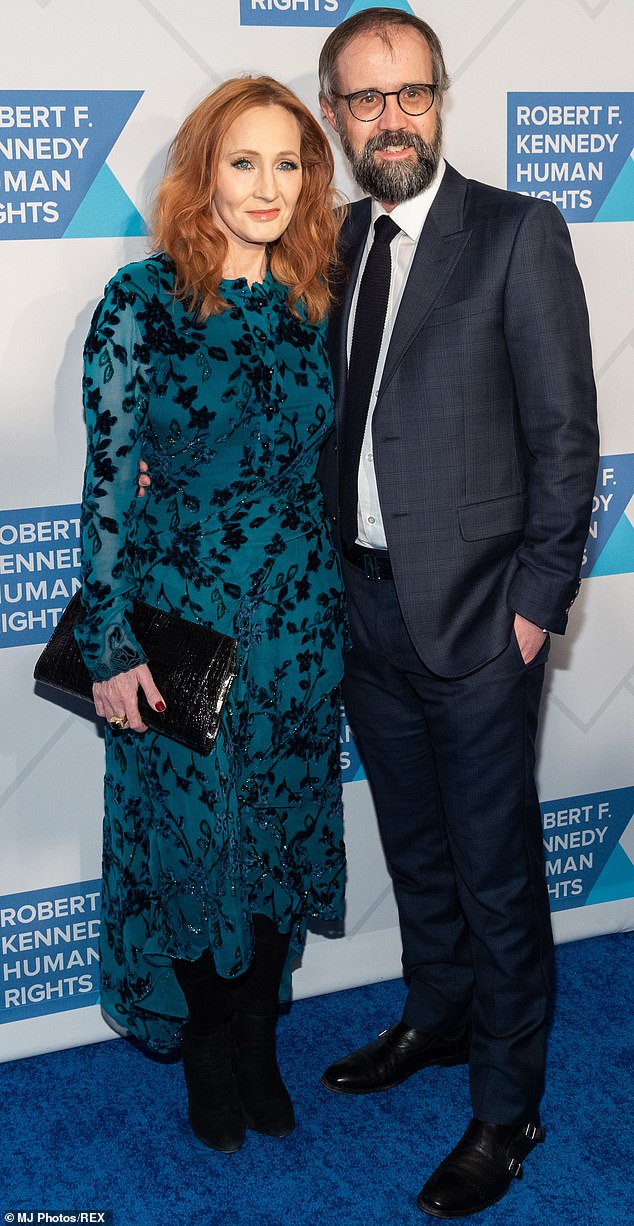 Rowling, 54, along with her husband Dr Neil Murray (pictured together above), have even commissioned major renovation work for the property

Some locals believe she may convert it into a holiday home for deprived families while others conjecture that she simply wants to acquire properties which formed part of her life to preserve and protect them.

At the beginning of this morning Rowling stunned Harry Potter fans after she launched ‘Harry Potter At Home’, in response to the Covid-19 outbreak.