Jacinda Ardern and Emmanuel Macron will urge world leaders to sign up to a ‘Christchurch Call’ aimed at banning violent, extremist content online at the G7 summit in Paris tomorrow.

New Zealand’s Prime Minister and the French President want to put pressure on tech companies to remove material they say is harmful from their sites, while compelling countries to pass and enforce laws to eradicate it.

Britain, Canada, Australia, Ireland, Norway Jordan, Senegal and Indonesia are expected to sign up, but America is thought to be holding out amid fears the new laws could harm freedom of speech. 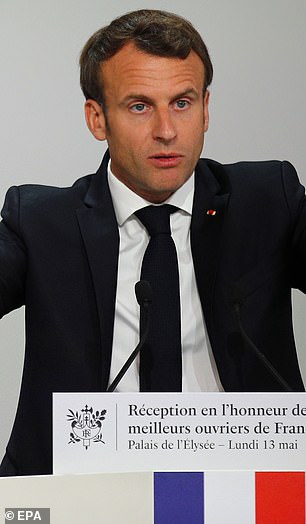 Jacinda Ardern and Emmanuel Macron will use a summit of G7 digital ministers in Paris on Wednesday to push people to sign up to the ‘Christchurch Call’ aimed at stopping violent, extremist material being published online

The accord is named after the New Zealand city where 51 worshippers were shot dead at two mosques by a self-confessed white supremacist who live streamed part of his attack on Facebook.

Representatives of Twitter, Microsoft, Google, Facebook and other internet companies will also be present at the meeting Wednesday.

The accord does not contain any mandatory measures, leaving it up to each country or company to decide how best to deal with the issue, the New York Times reported.

But the accord does lay out a broad set of commitments that signatories will abide.

Ms Ardern said last month that these will go beyond ‘takedown policies’ already in place, saying the aim is to stop violent content being published in the first place.

According to the Times, the pledge will see tech firms agree to robustly enforce their terms of service, reduce the risks involved with live streaming and share information with each other and regulators about how they flag dangerous content. 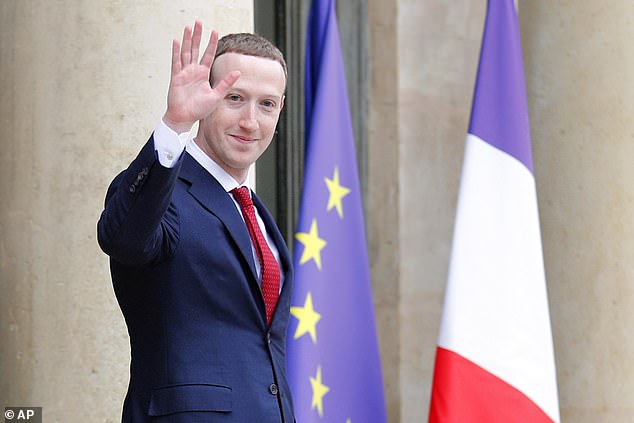 Representatives from Facebook, Google, Twitter and Microsoft will attend – though Mark Zuckerberg will not be there, after meeting with Macron in Paris last week (pictured)

The companies will also agree to alter algorithms that could direct people towards harmful content, and redirect users deliberately looking for such material.

Aside from passing laws to ban objectionable content, countries must also set guidelines on how traditional media can report extremism without amplifying it.

The move comes as countries around the world seek to crack down on internet firms following attempts to influence elections and the hijacking of platforms to spread extremist messages and disinformation.

Singapore last week passed legislation that allows the government to flag and remove content from any tech platform that it deems to be untrue.

Australia has also passed laws that compel tech firms to remove violent content, with the threat of massive fines and prison time for failing to comply.

Meanwhile the UK is considering legislation that would impose a duty of care on websites to stamp out ‘behaviours which are harmful but not necessarily illegal.’ 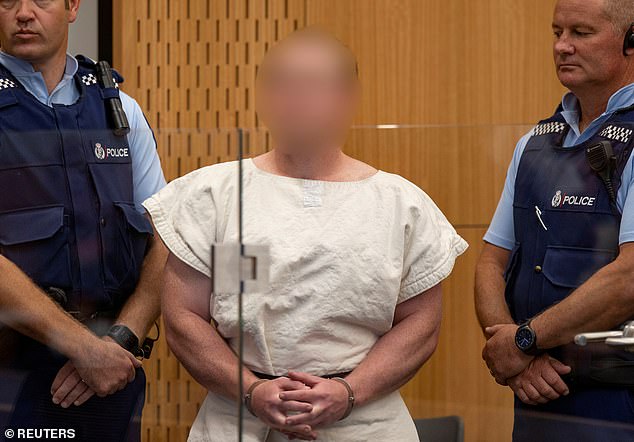 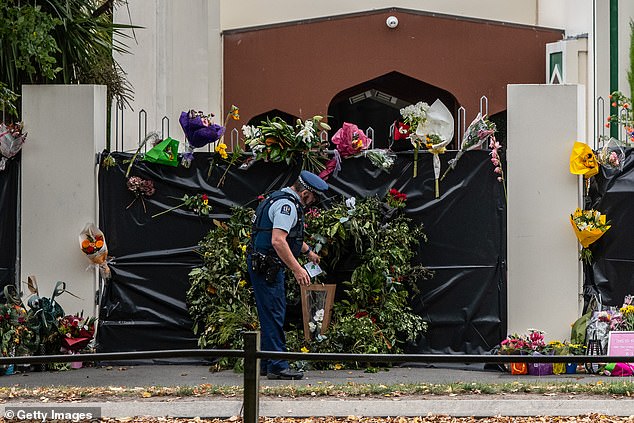 Part of the massacre were streamed live online and subsequently watched millions of times, leading to calls for a crackdown on social media platforms

However, critics have warned that lawmakers are overreacting to the threat by drafting legislation that hands too much power to governments.

Such laws would have a ‘chilling effect’ on free speech, campaigners say.

Ms Ardern has already hit back at those claims, denying that her new accord will impinge upon freedom of expression.

‘This isn’t about freedom of expression; this is about preventing violent extremism and terrorism online,’ she said.

‘I don’t think anyone would argue that the terrorist had a right to live stream the murder of 50 people.’

Australian Brenton Tarrant has been charged with 50 counts of murder and 39 of attempted murder over the Christchurch attack on March 15.

He has not yet entered a plea and has been ordered to undergo a psychological evaluation. His next court appearance is set for June 14.