Hugs and visits to mums across New Zealand have been banned this Mother’s Day by Prime Minister Jacinda Ardern, seeking a final push from Kiwis to end the country’s lockdown.

Sunday could be the final day of New Zealand’s tough but effective lockdown, credited as one part of a world-leading response to the spread of COVID-19.

On Monday, Ms Ardern’s government will plot a path back to something close to normality, meeting to decide a timetable for the removal of the social and business restrictions.

Hugs and visits to mums across New Zealand have been banned this Mother’s Day by Prime Minister Jacinda Ardern, seeking a final push from Kiwis to end the country’s lockdown 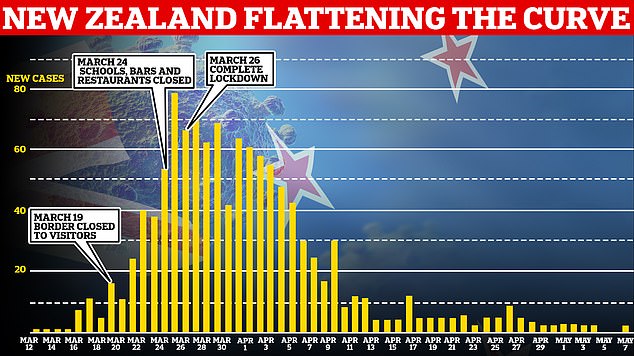 The prime minister has already released what level two restrictions will look like, including the re-opening of restaurants, hairdressers, gyms, cinemas and public facilities like museums and libraries.

Social restrictions could end immediately, with provisions for schools, business and personal movement more likely to be phased in.

Any decision will come too late for Kiwi mums to enjoy visits from sons and daughters not already in their household bubbles.

Ms Ardern has banned socialising outside of existing households, with few exceptions, and told Kiwis this week to ‘stick to the plan’ ahead of Monday’s review.

‘I know it’s Mother’s Day this weekend and the urge to reach out will be strong,’ she said.

‘But we remain at level three. And so if your mum is not in your bubble, then reach out over the phone or video.

‘Send a wee local present, and make plans to catch up when it’s safe to do so.’ 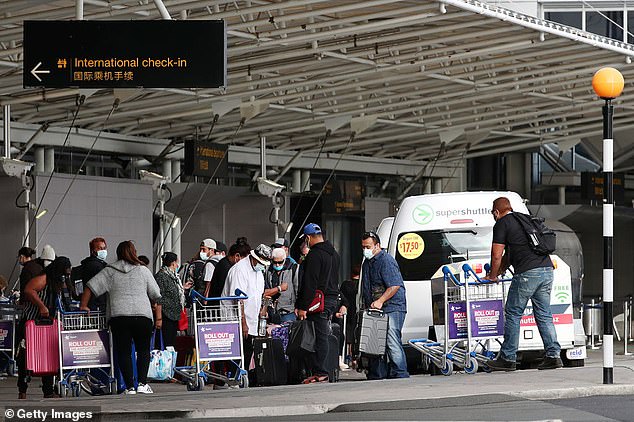 New Zealand has recorded just five new cases in the past five days.

While the bubble restrictions will be removed when New Zealand makes the jump, a ban on gatherings over 100 people will be retained.

‘We are still requiring people to play it safe,’ Ms Ardern said.

‘That means not having large gatherings, cramming people into your home, and dispensing of all of the advice we’ve had over this period of time.