Private messages between New Zealand prime minister Jacinda Ardern and a rapper have been leaked.

A six-month trial involving of specialist armed police teams is currently underway in parts of New Zealand after 51 people were killed by a gunman at Christchurch mosque in March.

However, the prime minister told rapper Tom Scott she doesn’t agree with the plan. 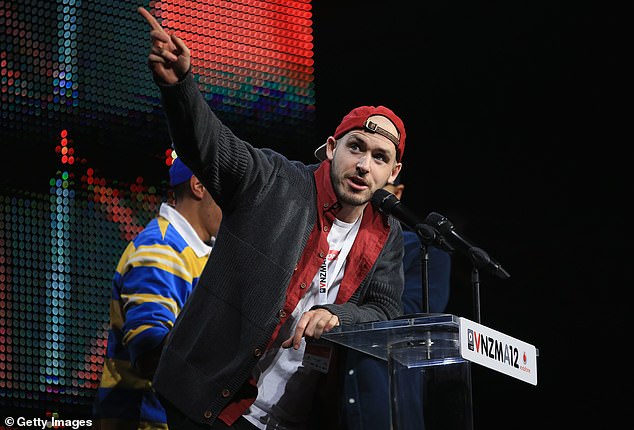 ‘I don’t support the general arming of the police. Never will,’ she said in the messages that were posted to Twitter on Thursday.

The trial of the Armed Response Teams involves Armed Offenders Squad members in speciality vehicles who are equipped with Glock pistols and Bushmaster rifles.

The units are a response to the Christchurch terror attack in March, where 51 people were killed by a gunman at a mosque.

Mr Scott, who goes by the stage name Avantdale Bowling Club, is among the group opposed to the patrol teams.

A number of residents feel the units are unnecessary and a petition calling for it to be scrapped has gathered more than 7,500 signatures.

Fears have also been raised that the teams will result in more offenders being shot. 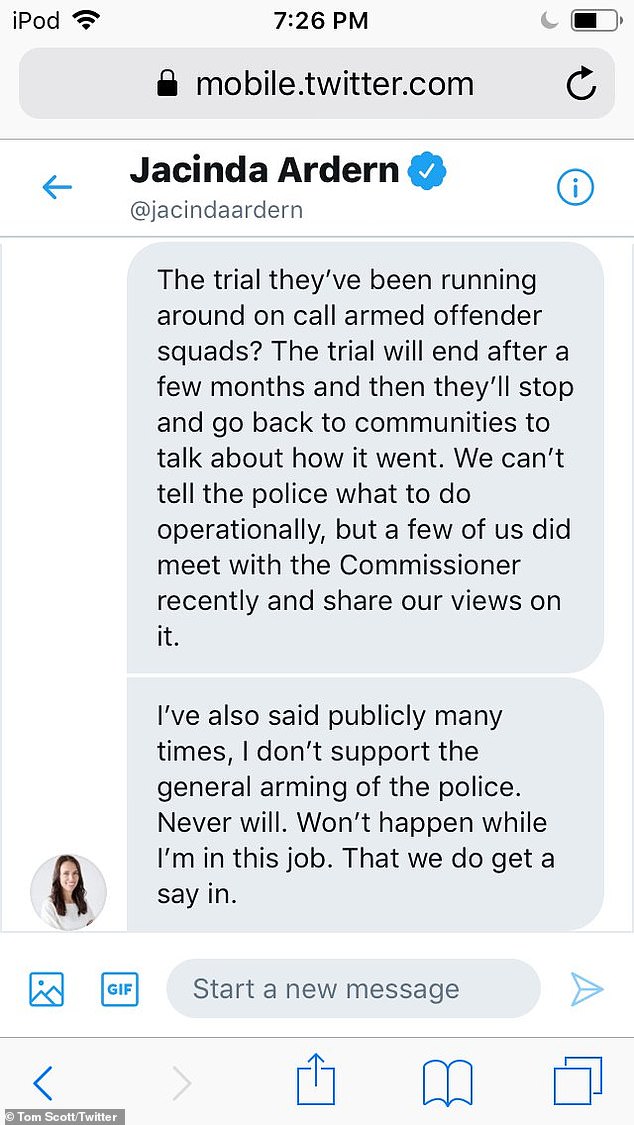