Kiwis were put into an intense level four lockdown on Tuesday after the country’s first community case in six months, with four more cases announced on Wednesday.

It’s the first time the deadly Indian delta variant has spread in New Zealand and the outbreak, linked to Sydney’s current Covid cluster, has put the country’s PM on edge.

Auckland is now locked down for the next week, with the rest of the country in lockdown for at least three days. It’s the first time the country has been at level four restrictions since April 2020.

‘We want to be short and sharp rather than light and long,’ said Ms Ardern. ‘We’ve seen what happened in Sydney. We don’t want that experience here.

‘As we see overseas, particularly in Sydney, unnecessary trips outdoors have spread the virus and many communities have not been able to get on top of it.’

Ms Ardern dismissed critics of the move straight to a level four lockdown and said the lessons learned in Australia were a warning to New Zealanders.

A reporter quizzed Ms Ardern: ‘In Australia, we’ve seen problems with compliance. What is your message to people who questioned the need for an alert level four lockdown?’

The PM replied: ‘Australia – we just need to look overseas at what has happened there because of some of the decisions of those covered by those lockdown, some who may not have necessarily followed the rules. 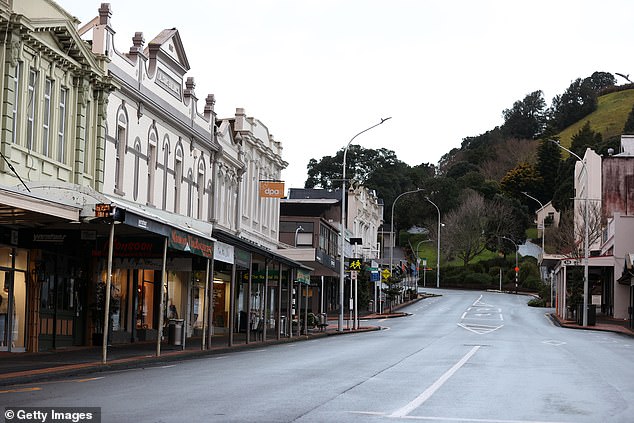 Kiwis were put into an intense level four lockdown on Tuesday after the country’s first community case in six months, with four more cases on Wednesday. Seen here is a deserted street in Devonport on Wednesday

‘It has essentially extended the period of time that they’re there. New Zealand hasn’t had that same experience for those periods we’ve had lockdowns.

‘By and large there’s been really good compliance. I just say to Kiwis: Do what we’ve done before.’

She added: ‘Going hard and early has worked for us before. Beating Delta means lifting our game.

‘While we know that Delta is a more dangerous enemy to combat, the same actions that overcome the virus last year can be applied to beat it again.’ 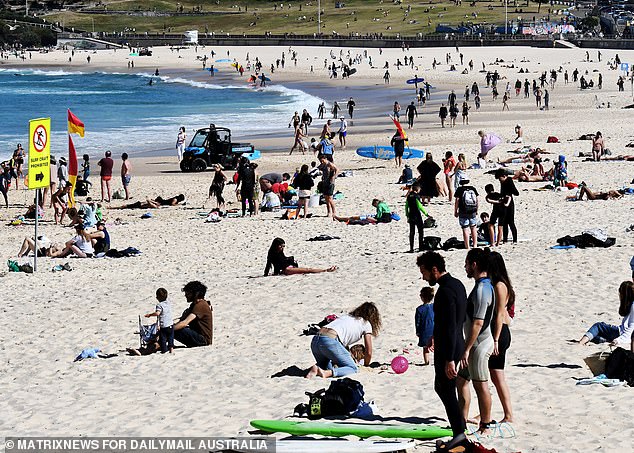 Under the level four restrictions only essential workplaces are allowed to open and schools will pause face-to-face learning.

Residents can only leave home to exercise, shop for food or medical supplies, or to get tested, and must wear a mask outside at all times.

The lockdown came into effect at midnight on Wednesday, sparking panic buying in supermarkets.

The latest outbreak began with an unvaccinated Auckland tradesman, 58, who is believed to have been infectious while travelling in the community for five days. 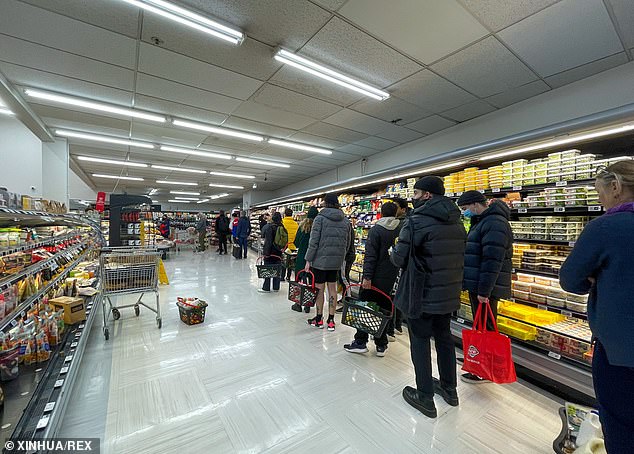 The latest lockdown came into effect at midnight on Wednesday, sparking panic buying in New Zealand supermarkets, as seen here in Wellington 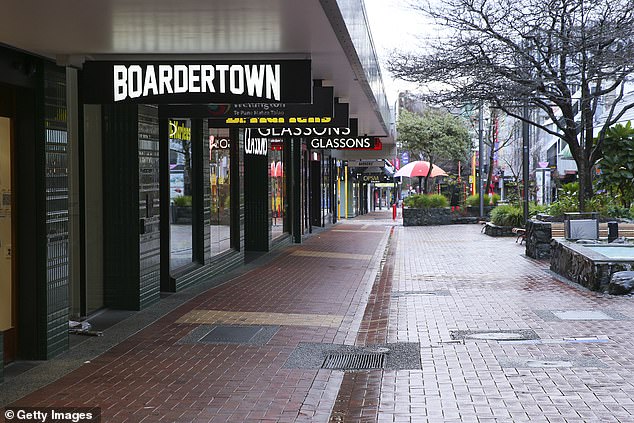 The latest outbreak began with an unvaccinated Auckland tradesman, 58, who is believed to have been infectious while travelling in the community for five days. A deserted shopping street in Wellington on Wednesday is pictured here

A workmate of the tradie is among the four new cases as well as a fully-vaccinated nurse, sparking fears of an outbreak at the hospital where they work.

Ms Ardern added: ‘I asked New Zealanders to please follow the rules to the letter.

‘The simplest thing New Zealanders can do to stop the spread of the virus is to stay at home.’

New Zealand’s vaccination rollout has been plagued by similar problems to Australia’s.

But unlike NSW, New Zealand has now been put their vaccine programme on hold during the current outbreak, with vaccine centres shut until at least Friday. 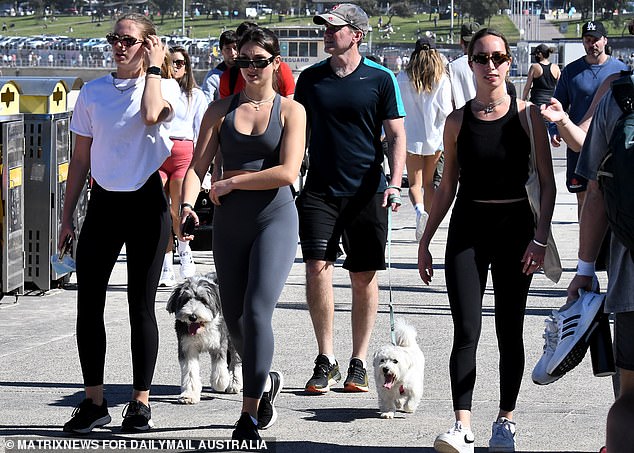 New Zealand have suspended their vaccine rollout during the lockdown while New South Wales stepped theirs up in the face of soaring numbers. Seen here are people exercising at Bondi Beach on Sunday

‘In this early phase, the most important thing is to stop the outbreak,’ said Covid-19 Response Minister Chris Hipkins.

‘And the best way to do that is to stop any unnecessary movement that could see interactions and spread of the virus.

‘The approach in Sydney and New South Wales to surge up vaccination is because they’re using that to help control a much bigger outbreak.

‘But our teams have been working on ways to safely vaccinate.’