Home sweet home: Jacinda Ardern visits the humble but ‘happy’ house she grew up in

New Zealand Prime Minister Jacinda Ardern has taken a trip down memory lane, visiting the childhood home she grew up in on the country’s North Island.

Posting a series of images to her Instagram page on Thursday, the Prime Minister showed her followers around the humble but ‘happy’ home in the town of Murupara, south of Auckland.

She lived in the home for a short time when she first started school. 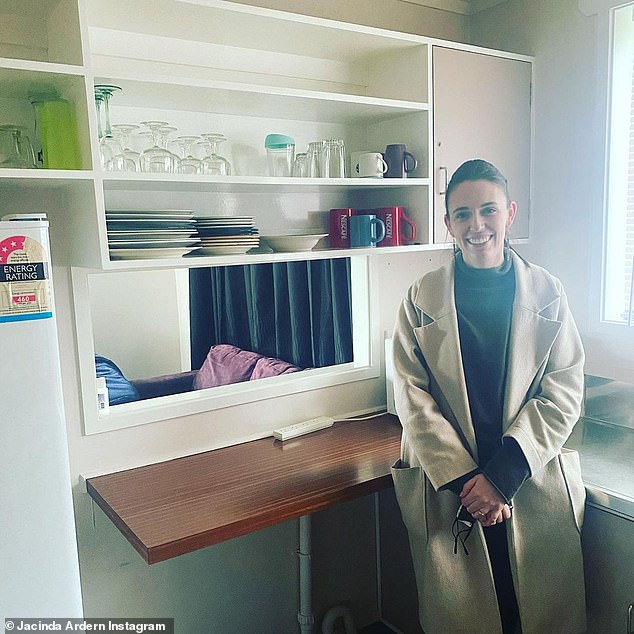 She was allowed inside the home (pictured), now being used by police officers on night shifts

‘While I was in Murupara today, I stopped by the house we used to live in,’ she wrote in the caption.

‘These days it’s used by police officers on night shift so they opened it up for me. It’s amazing how spaces can bring back instant memories. As soon as I stepped into the kitchen I remembered that the top cupboard was where my mum hid the treats,’ she continued.

‘Once I climbed up onto the bench to try and reach into it, and burnt my knee on the crock pot….I still have the scar! And the green carpet is still there. I have a lot of happy memories from living here in this home, it was such a treat to visit.’ 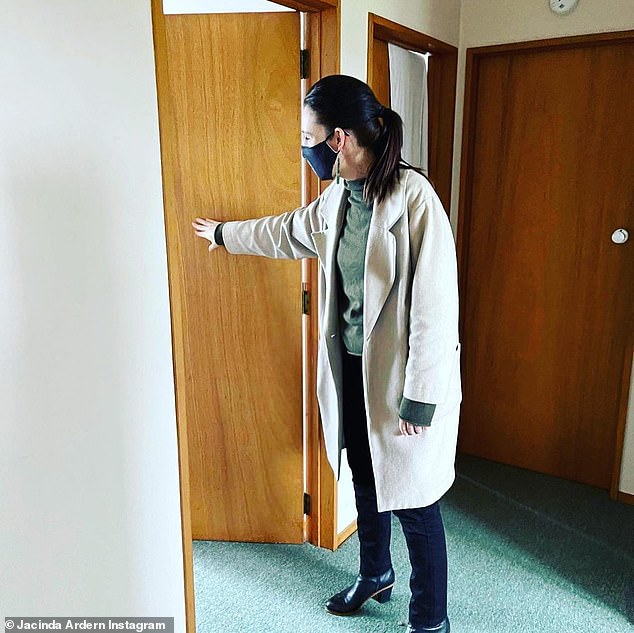 The Prime Minister (pictured) posted a series of images of her former home to her Instagram, telling followers of the ‘happy memories’ she has of the house

The visit to her hometown comes as she visits those who are involved in the vaccine efforts for the surrounding communities at the drive through vaccination station where the area has a vaccine rate of around 32 per cent of the eligible population.

The area is just one stop on her visits to towns that also have low vaccination rates including Rotorua, Hawkes Bay and the East Cape in a bid to boost these lagging rates.

It is the first time the Prime Minister has left Wellington since the Delta outbreak began.

During the visit, Ms Ardern spoke to front line staff as well as members of the public lining up to get their vaccinations. 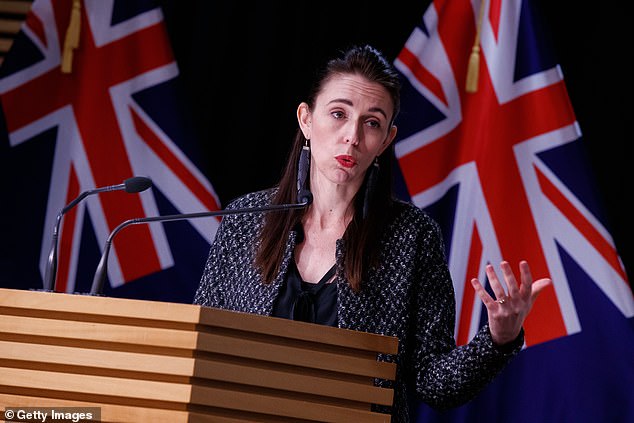 ‘I’m so pleased, there’s a line of people waiting to be vaccinated,’ Ms Ardern said to Stuff.

Ardern even offered to assist one local who was nervous about their jab.

‘If you want me to come and distract you, I’m really good at it,’ she said.

The Prime Minister received a warm welcome from most locals, with a small number of noisy protesters making themselves heard but not causing concern.

New Zealand’s overall vaccination rate trails Australia – with 78 per cent of the eligible population at least partially vaccinated, and 42 per cent having received two doses.

On Friday, 47 new cases of Covid were recorded. There were 25 New Zealanders were in hospital with the virus, including five in intensive care.

The Delta outbreak has now infected 1,492 people, and on the weekend will overtake the 2020 outbreak as New Zealand’s largest of the pandemic. 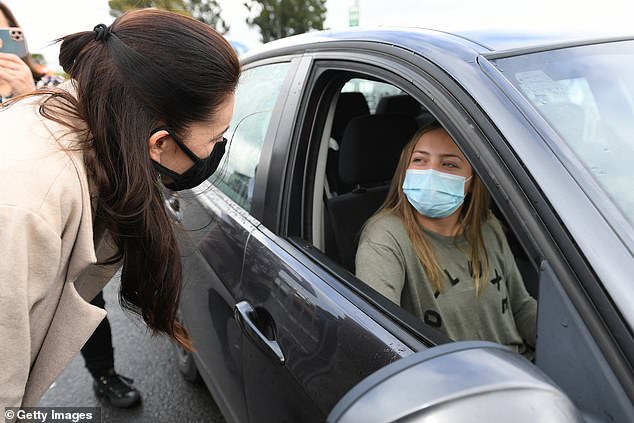 On her visit, Ms Ardern spoke to frontline staff as well as the public lining up to get their vaccination (pictured in Hastings, New Zealand) 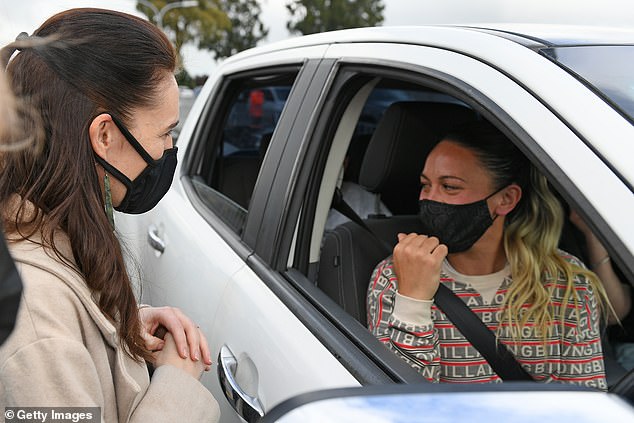 Ms Ardern even offered to distract one nervous member of the public as they got their jab (pictured: Prime Minister Jacinda Ardern speaking to members of the public in Hastings, New Zealand)