Aboriginal senator Jacinta Price has accused supporters of an Indigenous Voice to Parliament of buying into ‘racial stereotypes’.

The Country Liberal Party’s new Northern Territory senator is a staunch opponent of the proposed advisory body, unlike the other 10 indigenous MPs.

Senator Price used her maiden speech to parliament on July 27 to rail against the concept and a proposed referendum to enshrine it in the constitution.

The broad bipartisan support for the Voice is a result of too many Australians ‘drinking the Kool-Aid’ and not listening to a silent majority of Aboriginals.

Instead of being a unifying voice to promote indigenous issues, Senator Price claimed it would be just another layer of bureaucracy that would divide her people from white Australia and assume they would always be ‘victims’.

Senator Price even defended the Voice’s other bitter critic, One Nation leader Pauline Hanson, as someone who ‘cares deeply for indigenous Australians’.

This was despite Senator Hanson storming out of the upper house rather than sit through an acknowledgement to country and calling the Voice ‘apartheid’.

Senator Price defended both their positions in a no-hold-barred debate with author Peter FitzSimons in his Sydney Morning Herald column.

She said travelling around the world with her teacher parents  – indigenous mother and white father – when she was 13 opened her eyes ‘to how we’re all human’.

Senator Price said she was too busy for politics when she was young as she had her first baby when she 17 and two more by the time she was 21.

But she later became politically active when she observed ‘narratives about indigenous Australians’ she didn’t agree with.

Though she acknowledged the difficulties faced by many Aboriginal and Torres Strait Islanders, she believed an Indigenous Voice to Parliament was not needed.

‘Colonisation and subsequent laws had a lot to do with some of the critical issues. I’m not denying that,’ she told FitzSimons.

‘But I know full well, that another part of it is we accept violence within our culture. It’s a patriarchal culture and meantime, the Voice to Parliament like this one, it doesn’t actually detail how it’s supposed to help.’

The former deputy mayor of Alice Springs said it ‘feels like just another bureaucracy’ and she didn’t know why it needed to be enshrined in Australia’s Constitution.

In her maiden speech to Parliament on July 27, she outlined her opposition to an Indigenous Voice to Parliament.

‘Perhaps a word of advice, since that is what you are seeking: listen to everyone, not just those who support your virtue-signalling agenda but also those you contradict,’ she said.

‘I personally have had more than my fill of being symbolically recognised.’

FitzSimons said he was astonished she supported keeping Australia Day on January 26, the anniversary of white settlement.

Ms Price replied that for her, ‘it’s not about the impact of colonisation on us black fellas. It’s about how we’ve since come together as people from all different backgrounds’.

She said that you could pick any day of the year where you’d find that something horrible happened on that day in Australian history.

FitzSimons also put it to Ms Price that in many people’s view it is ‘time to recognise the shocking past… and do everything possible to fix the future’, but she has been ‘a very prominent voice howling us down’.

Senator Price said that view was just a narrative created to suggest most Aboriginal people felt that way.

She said many indigenous people didn’t view themselves as victims of history on Australia Day, instead seeing themselves ‘as proud Australians’.

FitzSimons asked Ms Price if it ever bothered her that among her supporters were ‘people with little to no respect for the Aboriginal people’ such as Pauline Hanson.

She replied that she didn’t think Ms Hanson was racist and in fact ‘cares deeply for indigenous Australians’ and her concern was about ‘taking more practical approaches towards solving some of our problems’.

Senator Price added that it was a pity that more concerned indigenous Australians didn’t speak up about domestic violence, child sexual abuse, and alcoholism in their communities.

‘They’re more concerned about how the wider public view them as opposed to actually solving some of these issues, so they remain silent,’ she said.

Ms Price, who is one of 11 Indigenous senators and MPs, said the the reason First Nations people ‘have failed so much’ was because they were always regarded as a separate entity. 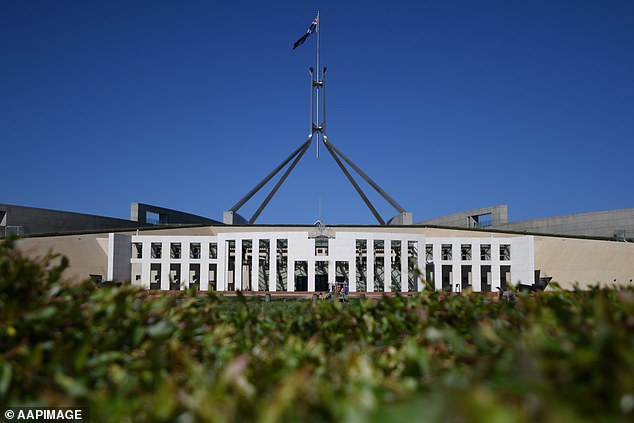 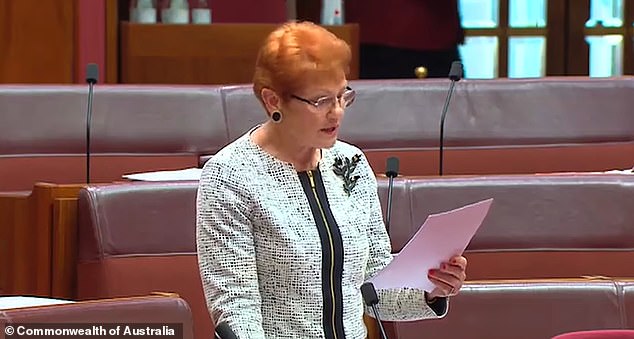 She said she ‘can’t support this idea … We are all just Australian citizens, and we should be treated as such’.

A Voice to Parliament, if it was enshrined in the constitution would mean Indigenous people would be see as victims forever, Ms Price said.

‘I would prefer that it be understood that we have to stand on our own two bloody feet without having a mechanism like this.’

She added that having a bureaucracy based on race placed into the constitution would drive a wedge between black and white Australia and that she has no desire for the constitution to treat her differently. 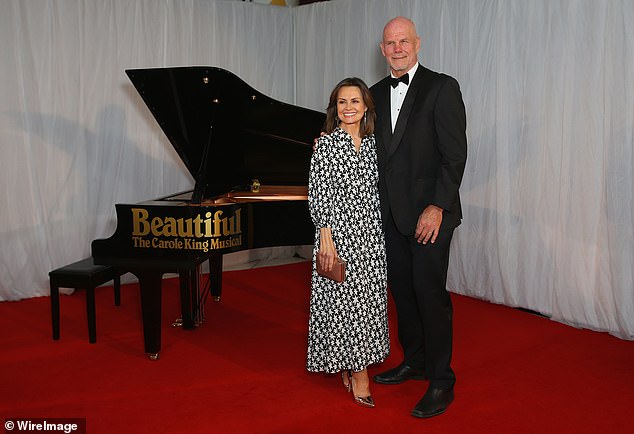 Peter FitzSimons (pictured right, with his wife Lisa Wilkinson) had a fiery debate with Aboriginal senator Jacinta Price over an Indigenous Voice to Parliament, which he supports and she opposes