But he has now emerged as a member of another club: China’s 89-million-strong Communist Party, whose founding principle was the equality of wealth among citizens.

The billionaire’s Communist bona fides were revealed by the People’s Daily, the party’s official mouthpiece, in an article praising contributors to China’s development. 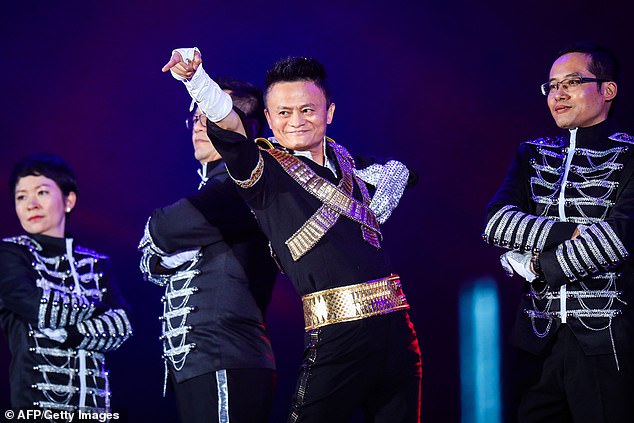 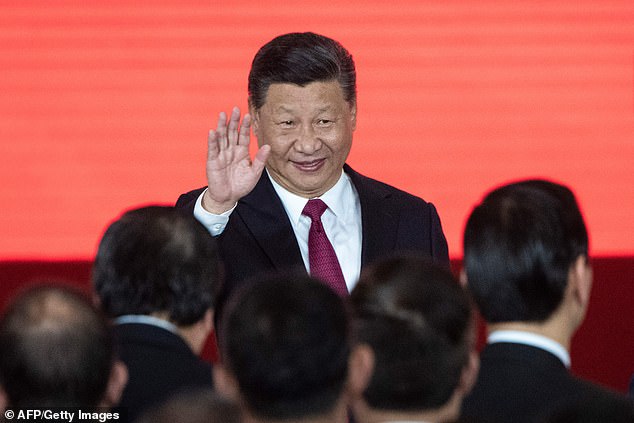 Chinese property titan Xu Jiayin and Wanda Group founder Wang Jianlin are also members of the nation’s Communist Party. In China, company chiefs need the backing of the Communist Party – which is headed by Xi Jinping (pictured) – in order to achieve business success

Ma, 54, is not the first nor likely the last Chinese super-rich capitalist to join the party, which counts property titan Xu Jiayin and Wanda Group founder Wang Jianlin among its billionaire members.

Jack Ma, founder of Chinese tech giant Alibaba, has been revealed as a Communist Party member

But Ma’s membership had not been widely known until now as China’s richest man had previously suggested that he preferred to stay out of politics.

Ma, a former English teacher and the founder of e-commerce giant Alibaba, returned to the top spot on this year’s Forbes China Rich List with a net worth of $34.6 billion (£27.18 billion).

In Monday’s article, the People’s Daily said Ma was a party member who has played an important role in pushing China’s Belt and Road global trade infrastructure initiative – a pet project of President Xi Jinping.

He has also been honoured as one of the ‘outstanding builders of socialism with Chinese characteristics in Zhejiang Province’, where Alibaba is based, the daily said.

Joining the party can be helpful to private businessmen and women in the country as they navigate a complicated business environment where the state-led economy dominates many industries and private business can be unwelcome.

In China, company chiefs need the backing of the Communist Party to get rich, but they also need it to survive.

It is a relationship that – when the political winds change – can hang them out to dry, experts say. 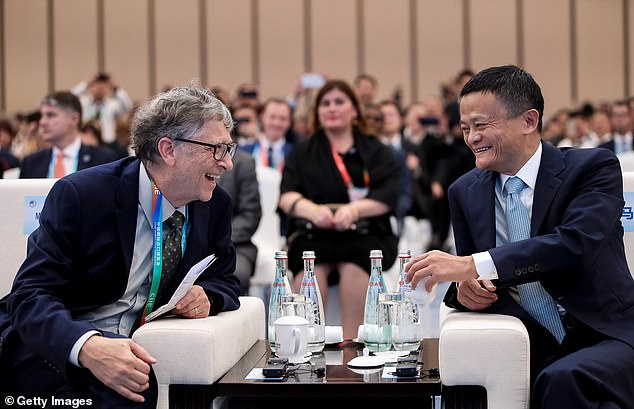 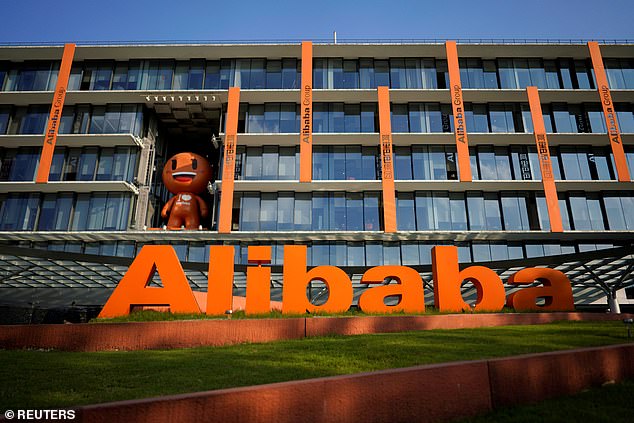 Jack Ma co-founded Alibaba, one of the world’s largest e-commerce companies, in 1999

Party membership did not prevent the abrupt fall of oil tycoon Ye Jianming, chairman of CEFC China Energy, who disappeared from public view this spring and is thought to be under investigation in China.

Ma’s business rivals, Tencent CEO and Chairman Pony Ma and Baidu’s Robin Li are not affiliated with any party, the People’s Daily said.

Xi has renewed a push to expand the Communist Party’s influence in private business, requiring any company with more than three party members to set up a party cell, or lacking numbers, join with nearby firms. 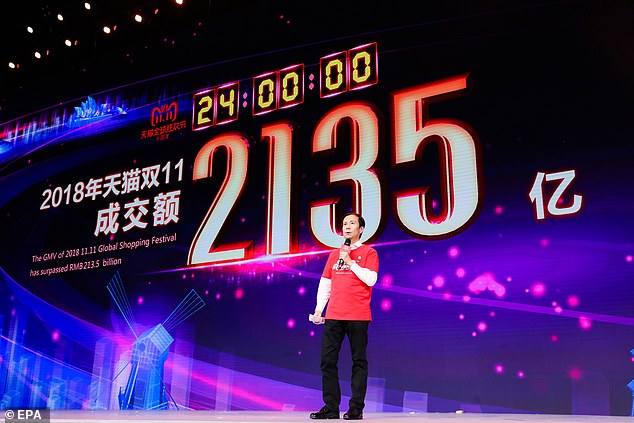 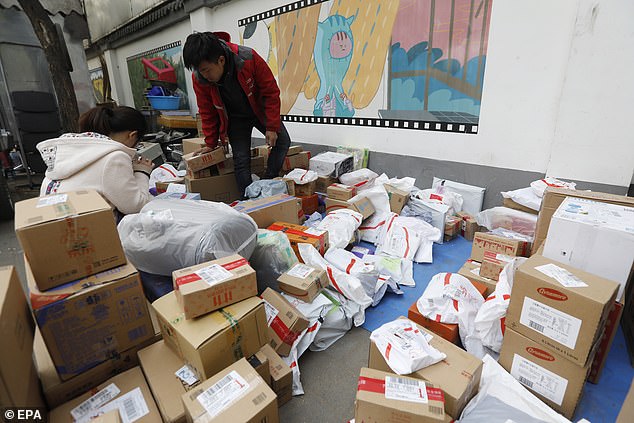 ‘We must do a good job in the education and management of party members and guide them to play an active role,’ Xi told officials in Shanghai earlier this month, noting the increase in private employment and new types of employment.

Xi is pushing to further intertwine the party and business, with the latest rewrite to the rules for party organisations published Sunday by official news agency Xinhua.

In private companies party cells should ‘guide and supervise the enterprise to strictly abide by national laws and regulations,’ the draft order says, according to Xinhua.

Ma did not reveal his Communist Party membership in paperwork filed for Alibaba’s 2014 initial public offering on the New York Stock Exchange. It is not known if Ma was a member at the time. 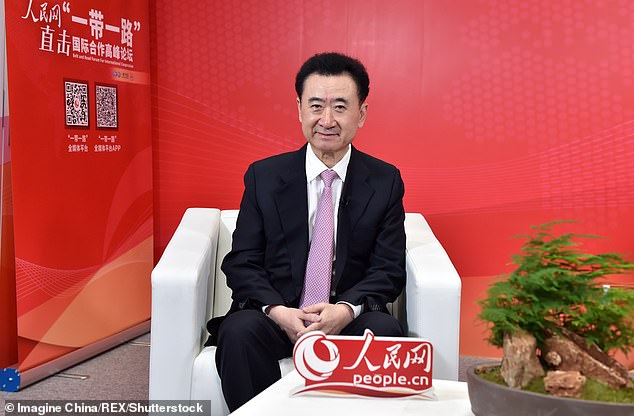 Real estate tycoon Wang Jianlin (pictured), who is worth $22.7 billion (£17.8 billion) according to Forbes China Rich List, is also a member of the Communist Party of China 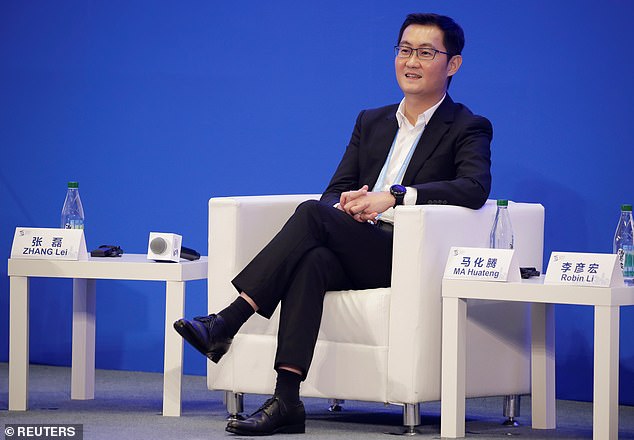 Alibaba bought Hong Kong’s English language newspaper, the South China Morning Post (SCMP), in 2015 and controversies have swirled over the editorial slant of its coverage since the purchase.

Ma told the paper he wanted to offer a ‘fair chance to readers’ to understand China when Alibaba purchased it.

‘The political affiliation of any Alibaba executive will not impact or influence SCMP´s editorial or operational decisions,’ SCMP spokeswoman Andrea Leung told AFP in an emailed statement.

Despite being known for its in-depth coverage of China, the paper had yet to publish a story on the party membership of China’s top capitalist by Tuesday evening.

Ma – who announced in September that he would step down as head of Alibaba next year – has previously indicated he preferred to keep the Chinese state at arm’s length.

‘My philosophy is to be in love with the government, but never marry them,’ he said at the World Economic Forum in Davos in 2007.

But party members must hold up their right fist and recite an oath upon joining.

‘Be loyal to the party, work actively, fight for communism all one’s life, always be prepared to sacrifice everything for the party and people, and never betray the party,’ they recite.