Jack Shore is the bantamweight division’s best kept secret and the Welshman rose to the occasion once again after defeating Timur Valiev to extend his unblemished record to 16 wins at UFC London.

Shore, 27, has steadily climbed the 135-pound rankings since making the switch from Cage Warriors in 2019 and has been on the cusp of a fight with a top 15 rival, but faced his toughest test to date in the Dagestani, Valiev.

And in a back-and-forth contest which saw Shore taken to the ground for the first time in his UFC career, Shore floored Valiev twice in the third round to take a unanimous decision victory at the O2 Arena. 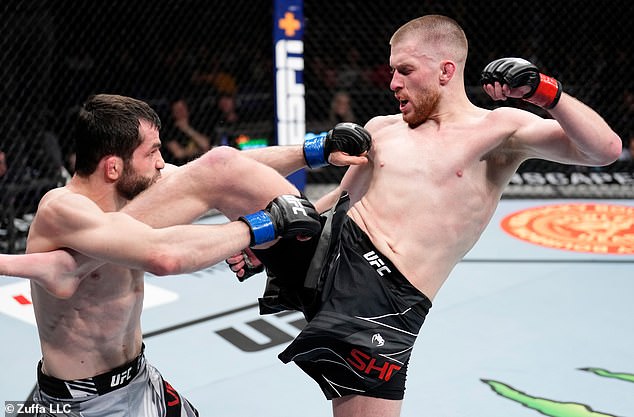 He did face adversity, though, with Valiev securing a tight guillotine choke but Shore survived and finished strong to take the win. In so doing, Shore ended Valiev’s eight-fight winning record in what was a breakthrough performance for the Welshman.

‘Tank’ is now on the cusp of a fight with a top 15 opponent and in a stacked bantamweight division, he is really making waves.

Shore has been scheduled to fight Khabib Nurmagomedov’s undefeated record twice, only to see both fights fall through, and he is looking to take on a ranked fighter next, and is open to moving up to featherweight. 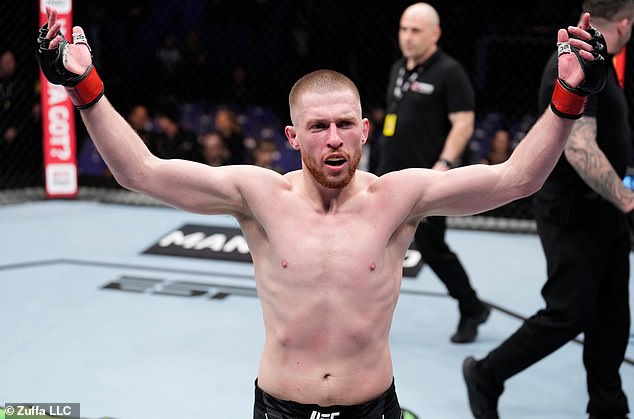 ‘It was close,’ Shore said of the submission attempt. ‘It was right under my neck but I knew if I stayed in half guard I’d be alright. I could hear the crowd reacting and I knew I couldn’t let them down.

‘[I was] A little bit slow to start, he was unorthodox, I struggled to get a read on him. I could feel him getting tired, see him slowing down. Going into the third round I knew it was one each so I kept the pressure on.’

British legend Michael Bisping has compared Shore to UFC icon Georges St Pierre, and it is a comparison that the Welshman is happy to embrace.

‘It’s very high praise. Who better to be compared to? If I can achieve a third of what GSP achieved then I’ll be a happy man.

‘I’d love to get a ranked fighter. I want to fight in June, I’ve got a holiday booked in July so it’s got to be June, even if it’s at featherweight I’ll take on one of the big boys.’