Jack Whitehall’s Bad Education is set to return to BBC Three for a 10 year anniversary special followed by a brand new spin-off series.

The 45-minute one-off special episode, celebrating a decade since the show first aired, will reunite Alfie (Whitehall) with former students as they return to Abbey Grove for a joyfully chaotic careers day.

The exciting news was announced on Wednesday at the inaugural BBC Comedy Festival in Newcastle.

Reunion: The BBC has announced that Bad Education is to return to our screens for an anniversary special (pictured:  Layton Williams (Stephen Carmichael) Jack Whitehall (Alfie Wickers) and Charlie Wernham (Mithcell Harper)

It will be the comedian’s final appearance in the show as the cast say a fond farewell to Alfie.

Speaking at the event Jack said: ‘I’m so pumped for a 10 year anniversary special of Bad Education, the show that launched my career.

‘I have such fond memories and it will be great for the fans to check in and find out what class K have been up to since they left and if Alfie Wickers is still as much of a melt as they remember.’ 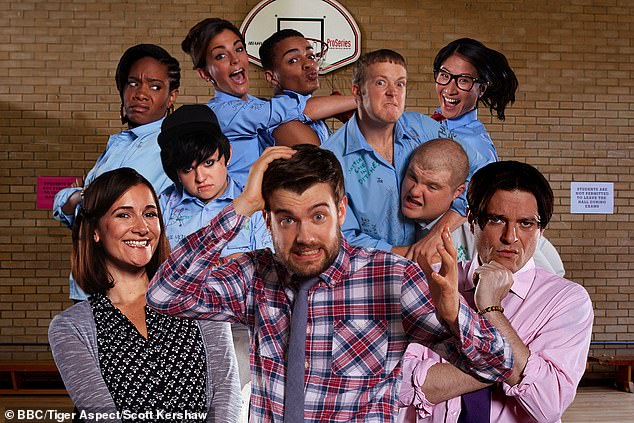 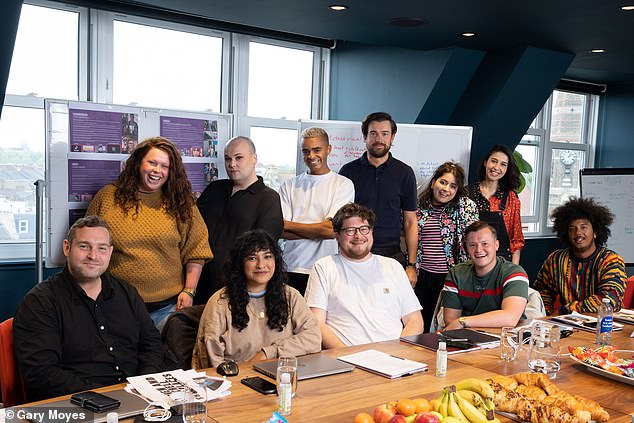 The new series will be directed by Freddy Syborn and executively produced by Jack also, with a new team of breakthrough writers led by Nathan Bryon, and including Laura Smyth, Leila Navabi, Priya Hall, Ciaran Bartlett, Rhys Taylor and Layton Williams.

The eagerly awaited new series will see Stephen and Mitchell get to grips with their new career and wayward students, all whilst new headteacher and control freak Ms Hoburn looms large.

The recently departed head Mr Fraser (Mathew Horne) and his questionable ‘bants’ continues to hang around the school in various lowly roles as HR struggle to fire him.

‘The new series is so exciting,’ Jack added.  ‘I’m so old and irrelevant I’ve decided it’s best I take more of a producer role with Bad Education, but we’ve assembled a young, talented group of writers led by the brilliant Nathan Bryon who will be carrying the torch.’

Speaking about his co-star Charlie Wernham he said: ‘He is his generation’s Danny Dyer but with less royal heritage.

‘Hopefully being a lead in this will be a springboard to him doing a decade of violent Brit flicks about hooliganism. Layton Williams is a superstar.

‘I honestly think one day he will be an EGOTT (Emmy, Grammy, Oscar, Tony, TV Choice Award winner). Abbey Grove and the new class K couldn’t be in safer hands.’

The original Bad Education ran for three series until 2014, and was later adapted into a film – The Bad Education Movie, released in 2015.

Broadcast dates for the anniversary special and spin-off series will be announced in due course. 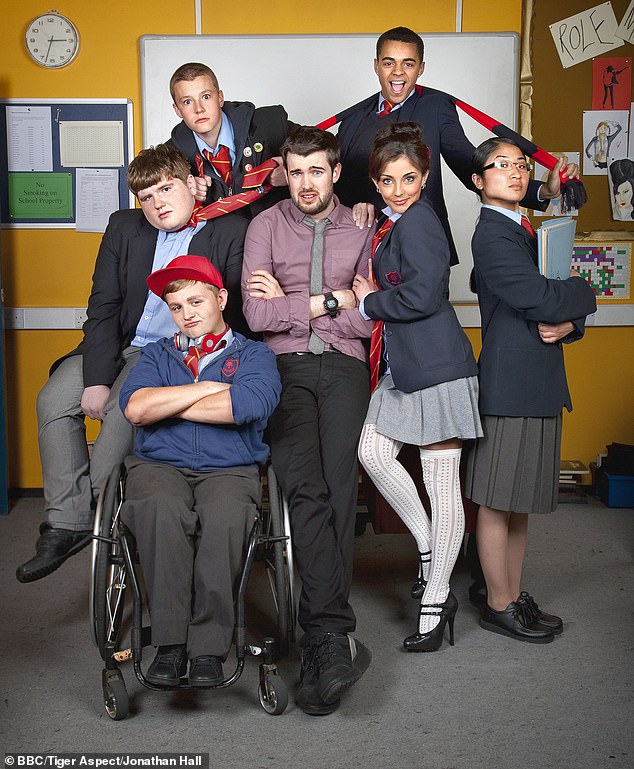 Throwback: The original Bad Education ran for three series until 2014, and was later adapted into a film – The Bad Education Movie, released in 2015