Jackie Kennedy’s Secret Service agent revealed that the former first lady was prepared to die with her children during the Cuban Missile Crisis.

Clint Hill, 90, who worked under five presidents, said that as the nation panicked over fears of nuclear war with the Soviet Union in 1962, the first lady remained calm and patriotic.

Tweeting during the 60th anniversary of the Cold War confrontation, Hill said he was charged with securing the safety of the first family, but Jackie refused to hide.

‘When I told Mrs. Kennedy we would take her and the children into the shelter if there were incoming missiles, she said she would take John and Caroline and walk onto the lawn like brave soldiers and face the same fate of every other American,’ Hill wrote.

It is among the many stories Hill has shared of his time with Jackie, and his latest upcoming memoir, My Travels with Mrs. Kennedy, revealed the Secret Service agent attempted to take his own life following the assassination of President John F. Kennedy, according to excerpts given to People Magazine.

Clint Hill, 90, reminiced of his days on the Secret Service with Jackie Kennedy during the Cuban Missile Crisis and following JFK’s assassination 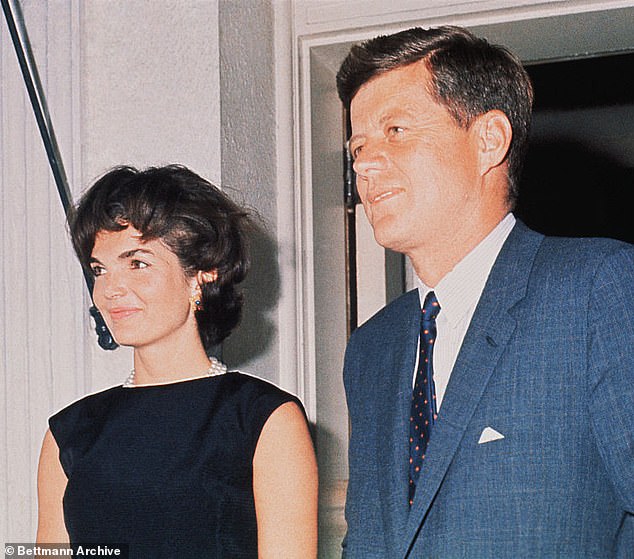 Hill said Jackie (left) remained calm under the fear of nuclear war and refused to hide in a shelter with her two children, instead opting to ‘face the same fate of every other American’ 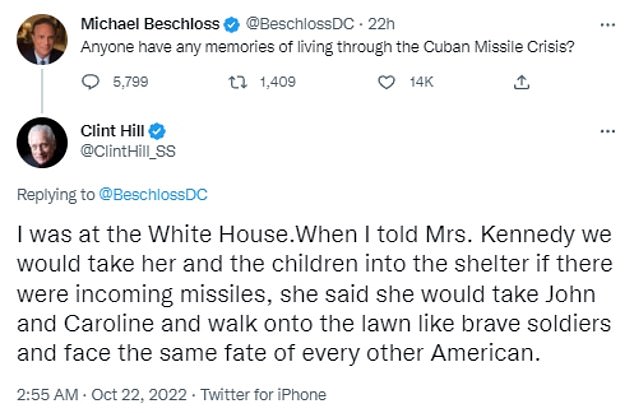 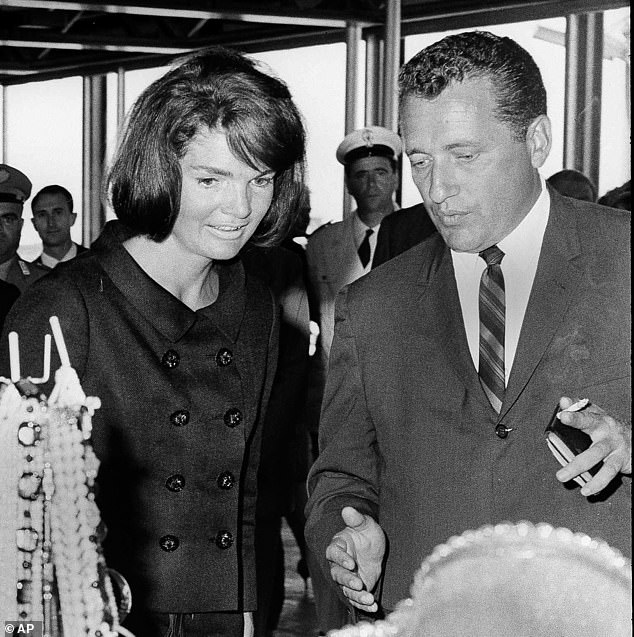 Hill remained close to Jackie as her personal bodyguard before being reassigned to Lyndon B. Johnson’s detail. Pictured: Hill and Jackie shopping for souvenirs in Rome, 1964 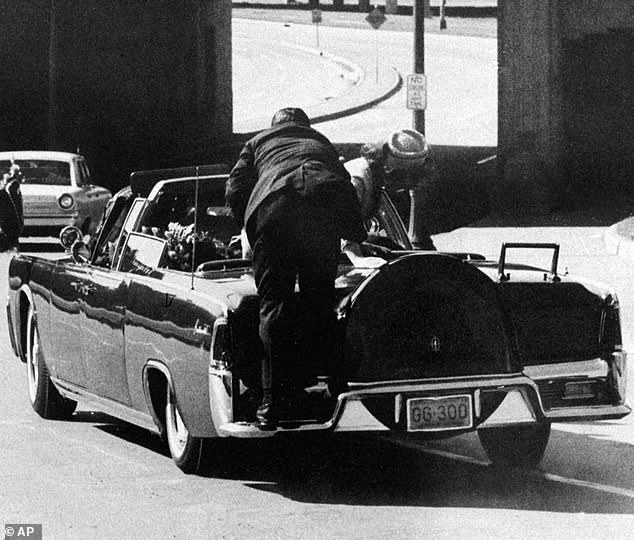 Hill’s latest memoir also goes into his personal turmoil and attempt to take his own life following Kennedy’s assissination. He said he was haunted by the moment he jumped on the president’s car and looked at Jackie’s horrified face (above) 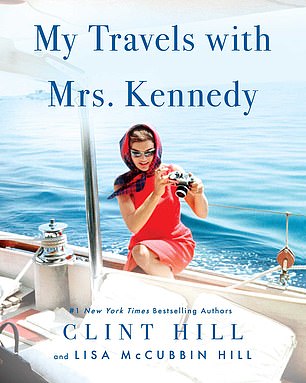 In his book, Hill said he was consumed by feelings of guilt and failure when the president was shot on November 22, 1963, in Dallas, Texas.

‘It was the time when everything changed,’ Hill wrote. ‘Mrs. Kennedy had lost all the things associated with the Presidency and the children no longer had a father.’

Hill said he remained guarding Jackie and her family, accompanying them to their regular trip to Palm Beach, Florida, the following month.

On the night of December 29, 1963, Hill couldn’t stop thinking about the presidential assassination and walked into the ocean.

‘Guilt and anguish consumed me,’ he wrote. ‘All I could think about was Dallas.

‘I was running as fast as I could, my arm reaching for the handholds on the trunk but it was like my legs were in quicksand,’ he said of the moment Kennedy was shot. ‘Mrs. Kennedy climbing out of the back seat, her terrified eyes looking but not seeing me, like I wasn’t there.’

Describing his suicide attempt, Hill wrote: ‘Tears streamed down my cheeks, and as the cold water enveloped my legs, and then my chest, and up to my shoulders, the tears turned to sobs. I wanted the water to swallow me up.’

Hill said he was ultimately saved by a Palm Beach police officer, who dragged him out of the water.

It is the first time Hill has publically discussed his suicide attempt, noting that he’s glad to finally open up about it.

‘Somehow, there is a sense of freedom in no longer keeping that darkness to myself,’ he wrote. ‘People will judge me, I’m sure. But no one — no one — has ever walked in my shoes.’ 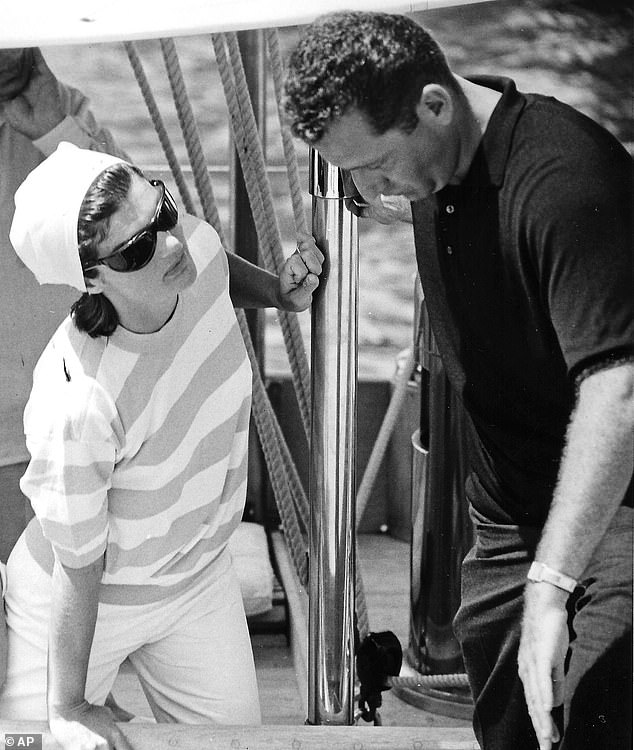 Hill (above with Jackie on a trip in Italy in 1962) said that following the presidential assassination, he was racked with feelings of guilt and failure. He attempted to walk into the ocean after accompanying their grieving family to their Florida home in 1963 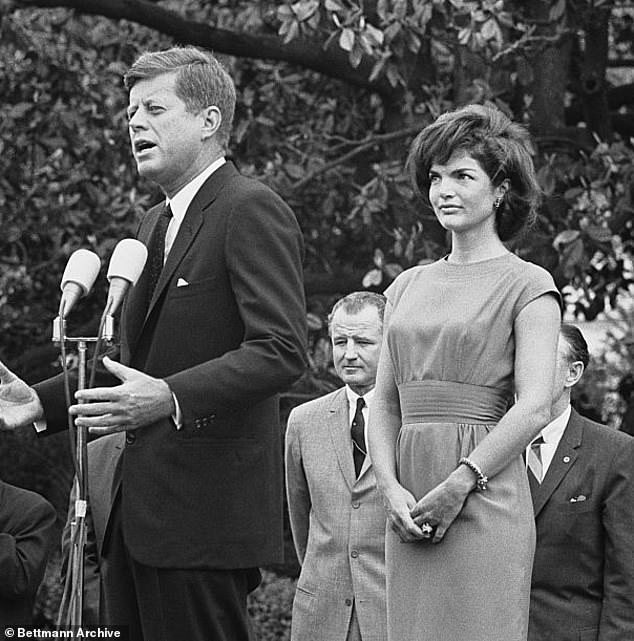 ‘Mrs. Kennedy had lost all the things associated with the Presidency and the children no longer had a father,’ Hill wrote of the assassination’s aftermath 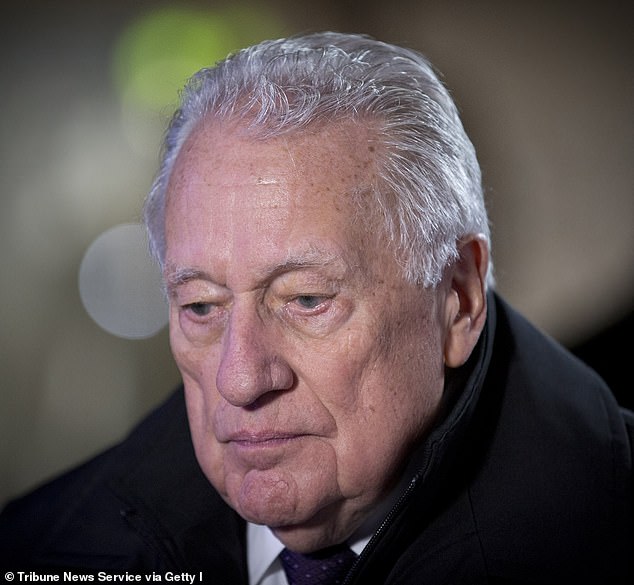 The memoir, which is out on October 25, mainly recounts the travels of Hill and Kennedy and serves as a sequel of sorts to his 2012 bestseller, Mrs. Kennedy and Me.

It includes anecdotes of Kennedy’s 1962 lunch with Queen Elizabeth in Buckingham Palace, and her trip to Morocco in 1963 to visit King Hassan.

During the African trip, Hill joked about the moment the first lady and her sister, Lee Radziwill, dined with the king’s brother and unknowingly ate desserts that contained cannabis, known as mahjoun.

‘Mahjoun, as it turns out, was the Moroccan version of hash brownies,’ Hill wrote.

Hill kept in touch with Jackie Kennedy for a few years after he stopped working for her and was reassigned to serve Lyndon B. Johnson.