Along with Jackie, the slender brunette style-icon was considered to be one half of the world’s most famous sisters during the 1960s.

Her cause of death is yet to be confirmed.

Born Caroline Lee Bouvier in New York in 1933 to New York Stockbroker and socialite John Vernou Bouvier III, Radziwill was known largely because of her famous family but became a noteworthy figure in her own right.

She boasted an exclusive list of friends, from Andy Warhol to Truman Capote, and worked briefly as an actress before turning her hand to interior design.

For a time, the social doyenne was also a true American Princess. After her first marriage to Michael Canfield collapsed, she married Prince Stanisław Albrecht Radziwill, a Polish aristocrat.

Earning her the name ‘Her Serene Royal Highness’, the pair had two children together, before they divorced in 1974.

Radziwill, the mother-in-law of Carole Radziwill – a cast member on the Real Housewives of New York – died on Friday. 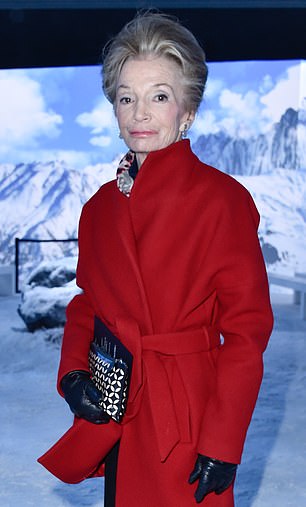 Jackie Kennedy’s sister Lee Radziwill (pictured left in 1967, right in 2016) has died age 85 at her home in New York City