Jackie O Henderson has spoken about her struggle to lose weight after stacking on the kilos during isolation.

While interviewing motivational speaker Gary Vee on her KIIS FM Kyle and Jackie O show on Wednesday, the 45-year-old admitted she wants to get back into shape.

‘I did what you said during lockdown and [embraced my weight] but now I’m at the other end and you need to help me lose this weight,’ Jackie said.

Candid: Jackie O Henderson (pictured) spoke about her ‘fluctuating weight’ and admitted she is struggling to lose the kilos she gained during lockdown on Wednesday

Gary joked: ‘I only give that part of the advice, you need to talk to someone else for the other part.’

‘You’ve landed me in this horrific position and you can’t get me out of it,’ Jackie said, adding she wasn’t ‘happy’ with her current weight.

In May, Jackie revealed that she was ’embarrassed’ about the weight she had gained during the coronavirus pandemic.

The radio star revealed she is so self-conscious, she will no longer let her nine-year-old daughter, Kitty, see her naked. 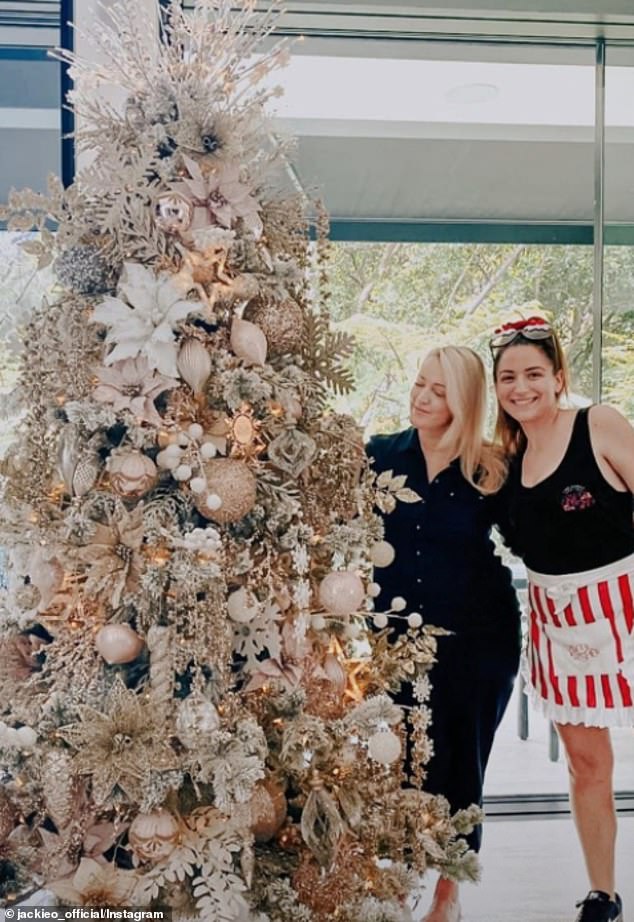 ‘You need to help me!’ While interviewing motivational speaker Gary Vee on her KIIS FM Kyle and Jackie O show, the 45-year-old admitted she wants to get back into shape. Pictured Jackie on Saturday

‘Over the weekend I was in my bathroom and the door was closed. I took off my clothes because I was going to get in the bath,’ she explained.

‘Kitty went to walk through into the bathroom and I screamed, “Don’t come in!” And she said, “Why?” And I said, “Because I’m naked.”

‘Kitty said, “You’re my mum. I see you naked all the time.” And I said, “I know, but I just don’t want you seeing me naked right now.” Because I’m just so embarrassed about how much weight I’ve put on.’ 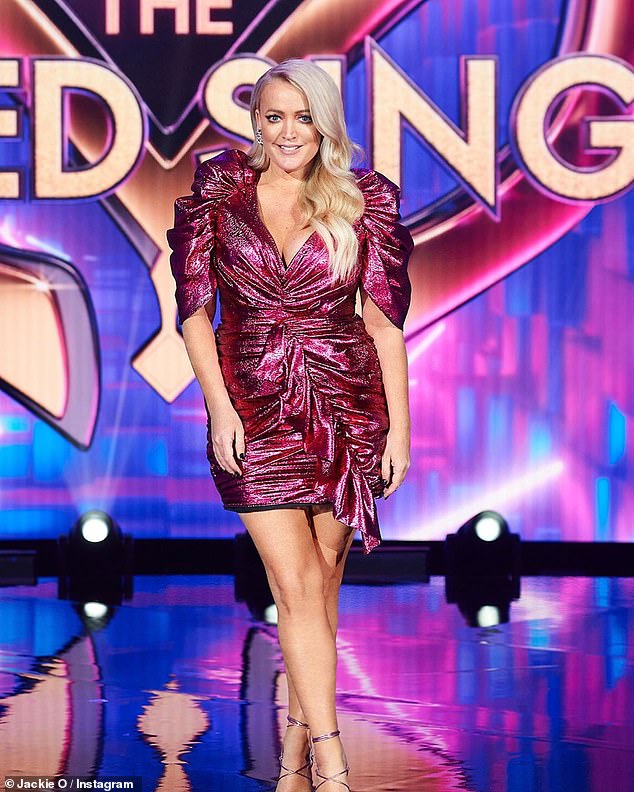 Weight struggles: In May, Jackie revealed that she was ’embarrassed’ about the weight she had gained during the coronavirus pandemic

In August 2018, Jackie was accused of losing 10kg by following unhealthy eating habits.

At the time, she claimed her daily diet consisted of skipping breakfast, a single avocado for lunch and a low-calorie dinner.

‘If I’d known it was going to blow up like that, then I would have clarified more,’ she later said in response to the criticism.

‘I hated the idea that people thought I was promoting the fact that people should be starving themselves to lose weight.’ 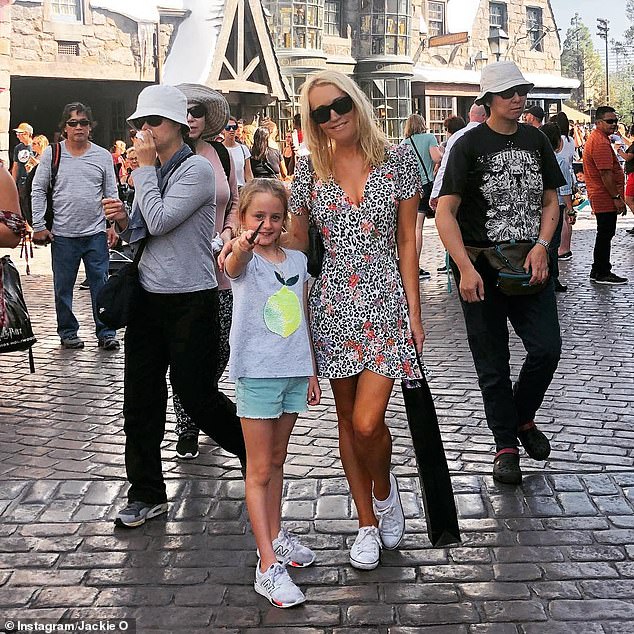 Embarrassed: Jackie is so self-conscious about her weight gain, she no longer lets her nine-year-old daughter, Kitty (pictured), see her naked

Following the backlash, Jackie told listeners: ‘It is not a starvation diet.

‘What I should have clarified is that while I’m doing that [strict diet] on some days, I don’t eat that every single day.’

‘I don’t stick to that [day on a plate] religiously. But, do you know what? When I do eat an avocado for lunch, I feel good! It makes me feel good.

‘I do believe that on the days when I eat less, I feel better about myself, and I feel healthier. I actually feel sluggish when I eat [heavier foods].

‘I’m not starving myself by any means. And I would never ever endorse that. I don’t want anyone out there starving themselves to lose weight. It’s not about starving yourself.’ 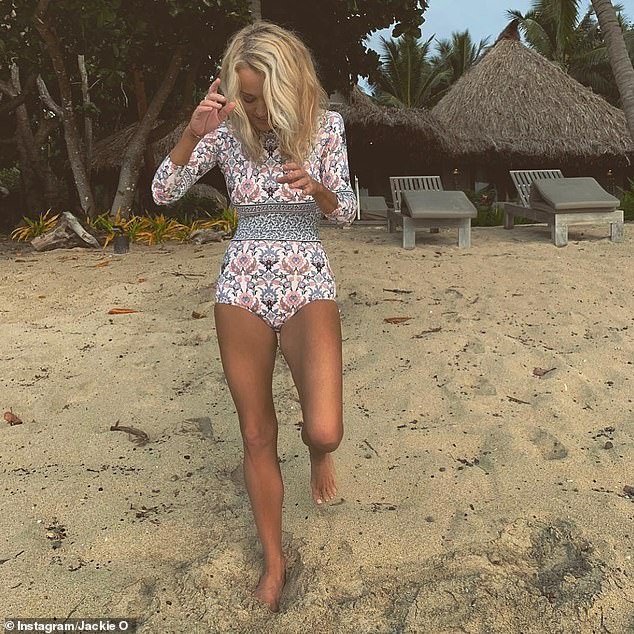