By Kate Ferguson, Political Correspondent For Mailonline and Claire Ellicot For The Daily Mail

A leading Conservative MP today compared the Tory conference to a North Korean rally as he tore into his party for not involving its members enough.

Jacob Rees-Mogg said party members are expected just to ‘cheer the great and the good’ and are not given an opportunity to speak from the conference floor.

The backbencher warned the Conservatives will be in ‘real trouble’ unless party high command loosen their grip and allow free debate at the annual get together.

Mr Rees-Mogg – who has been tipped as a possible future Tory leader – said ordinary party members have no power to debate policy compared to when he first entered politics.

Tory MP Jacob Rees-Mogg, pictured at the Conservative Party conference in Manchester today, said the party will be in ‘real trouble’ unless it opens the party up to its members more

He told a Policy Exchange fringe meeting at the party’s conference in Manchester: ‘It has now become like an American presidential convention where we just expect them to turn up and cheer the great and the good.

‘If it stays like that for long enough we’re going to be in real trouble.’

Tory members and activists used to be able to make contributions to the debate on conference floor, although they were never allowed to decide party policy. 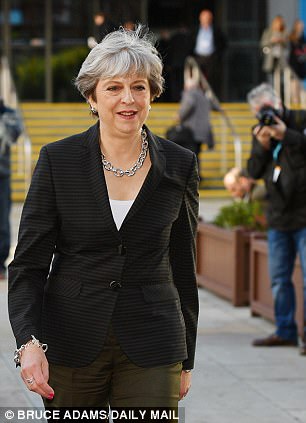 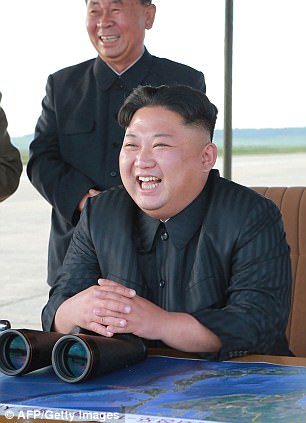 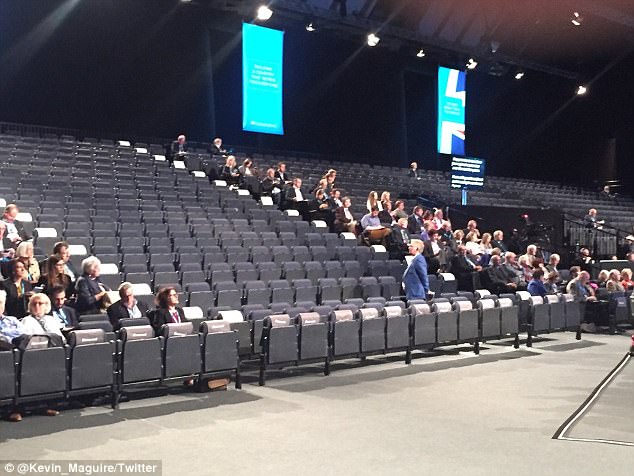 But David Cameron brought in an overhaul of conference rules so that no one could stick their hand up and speak.

He brought in the shake-up in order to silence outspoken activists who would often make controversial comments which flew in the face of official party policy.

Instead, activists are only allowed to enter the hall and watch as a succession of Tory ministers, MPs and invited guests address them from the platform.

The stage-managed process is in stark contrast to Labour Party conference where most of the speeches are made by rank and file delegates who also vote on and decide policy.

Commentators have pointed out that while the Labour Party’s conference was one of the busiest ever, the hall at the Tory conference has often be half empty.