It was in Manchester’s Free Trade Hall nearly a century and a half ago that the great Conservative Prime Minister Benjamin Disraeli set out our priorities for the constitution and the condition of the people. In that speech he captured the essence of Conservative principles – and at the heart of those was our party’s concern for the people’s health.

Indeed, it was the Conservative Minister for Health, Sir Henry Willink, who first proposed the creation of a free, universal National Health Service four years before it was officially created in 1948 by Aneurin Bevan, who took all the credit. It is the Conservative Party that is the true party of national healthcare.

How apt then, as the Tories arrive in Manchester, that great engine of progress in the Victorian era which is once again in the 21st Century being transformed into one of Britain’s great powerhouses, that the Conservative Government is showing its typical leadership in the field of health policy.

It was the Conservative Minister for Health, Sir Henry Willink, who first proposed the creation of a free, universal National Health Service four years before it was officially created in 1948 by Aneurin Bevan, who took all the credit. It is the Conservative Party that is the true party of national healthcare

Today we are announcing a £600 million fund for life sciences to further scientific discoveries and life-saving therapies. We are also launching trail-blazing mental health sites with an additional 1,000 staff in NHS community mental health services. We are also funding dozens of new, much needed hospital upgrades.

Health is obviously fundamental to everyone – the health of our families, our friends, our neighbours and of course our own. It is only a Conservative Government which can guarantee the record levels of spending in the NHS, with Boris Johnson injecting more than £400 million a week extra funding into the NHS to guarantee that people can all get the healthcare they need, when they need it and free at the point of use.

However, first, we must deliver Brexit. This is a Government determined to get Brexit done. Once Brexit is completed, the floodgates will be flung open for an exciting, fresh flow of new policy to wash through Parliament, reviving and reinvigorating weary parliamentarians and a restless nation.

No more will Parliament look addled by its confusion, indecision and uncertainty. No more will this great institution be seen to be uncomfortably at odds with the will of the nation.

Instead, a golden era awaits Parliament. For the first time in nearly 50 years, Parliament will be able to discuss, debate and decide all of our laws. No longer will we have to bow to the whims of commissars in Brussels. No longer will we be told by judges in Luxembourg that laws made in this country by Parliament must be expunged from our statute books at the insistence of well-nourished Eurocrats, who are free from the tiresome obligation of democratic accountability and scrutiny. The vote for Brexit was a vote to return the legal authority over laws back to the UK from Brussels. The power to improve the standard of living, quality of healthcare and education, to cut crime, to boost jobs, to deliver more housing and ensure a better future for our children – all of these will now be in the hands of MPs, elected by the people to serve the people, not unelected officials feathering their own nests in Brussels. 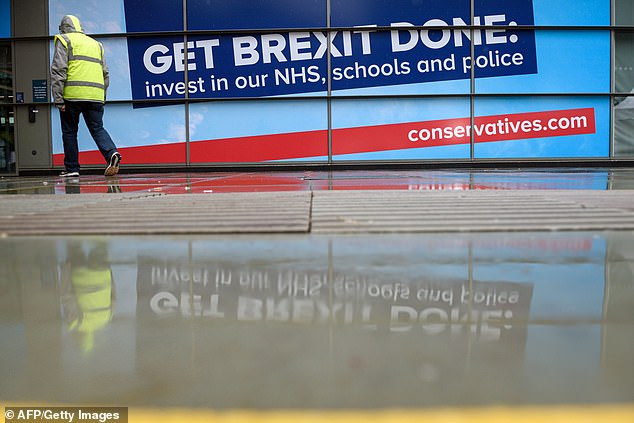 This is a Government determined to get Brexit done. Once Brexit is completed, the floodgates will be flung open for an exciting, fresh flow of new policy to wash through Parliament, reviving and reinvigorating weary parliamentarians and a restless nation

Future generations will look back at this era with wonder that it could have vexed the nation so much to deliver a simple mandate.

Discussion of Brexit across the country both in public and in private has grown increasingly grumpish*. However, like ‘grumpish’, ‘Brexit’ too will soon be a little remembered word, of interest to antiquaries** . Parents will explain its meaning to children, who, in their viridity*** will not understand it, confused that we were ever not an independent nation.

These children will be the beneficiaries of a renewed, re-energised Conservative Government that has the vim and vigour to improve their lives. This Government that has been in office while the nation has created 3.7 million jobs, lifted employment to record high levels and grown the economy by almost a fifth since 2010. It will deliver more jobs in new exciting areas – life sciences, genetics and robotics. This is a nation of innovators and inventors – from the steam train to the jet engine, the telephone to the light bulb, antibiotics to the world wide web. Under a Conservative Government the zeal for free trade and free markets will ensure the UK stays in its rightful place at the cutting edge of scientific breakthroughs.

However, there is a grave threat to all of this in the person of Jeremy Corbyn. Arguably, the most Left-wing leader the Labour Party has ever seen, a man who would drag this country back to the darkest days of the failed socialist project, confiscating assets of all those not in favour, driving talent and innovators away from our nation in droves, while cosying up to dictators and rogue states around the world.

A MAN whose only policy on Brexit is not to have a policy, who simply wants to create more confusion and delay – at the cost of a billion pounds every month – as Sir Keir Starmer and Jo Swinson plot with the EU how to cancel Brexit altogether.

A man who has spent the past two years demanding a General Election only to run away twice from holding one now. A man who claims to be fighting racism while allowing the Labour Party to turn into a hotbed of vile and virulent anti-Semitism for which it is being investigated by the Equalities and Human Rights Commission. The only other party to be investigated by the EHRC was the BNP.