Jacob Rees-Mogg is inching closer to Downing Street after moving into a mansion formerly owned by arch-Brexiteer Lord Ashcroft.

He will settle in the £5million townhouse yards from Parliament with his wife, who was spotted directing removal men, and their six children at the end of August.

Rees-Mogg bought the lavish property from pro-Brexit tycoon Ashcroft who used it as his political HQ and bankrolled a series of polls ahead of the EU referendum.

The Conservative MP for North East Somerset heads the European Research Group made up of approximately 60 Tory backbenchers.

He will use the mansion as his new power base as he leads the battle for a clean break with Brussels. 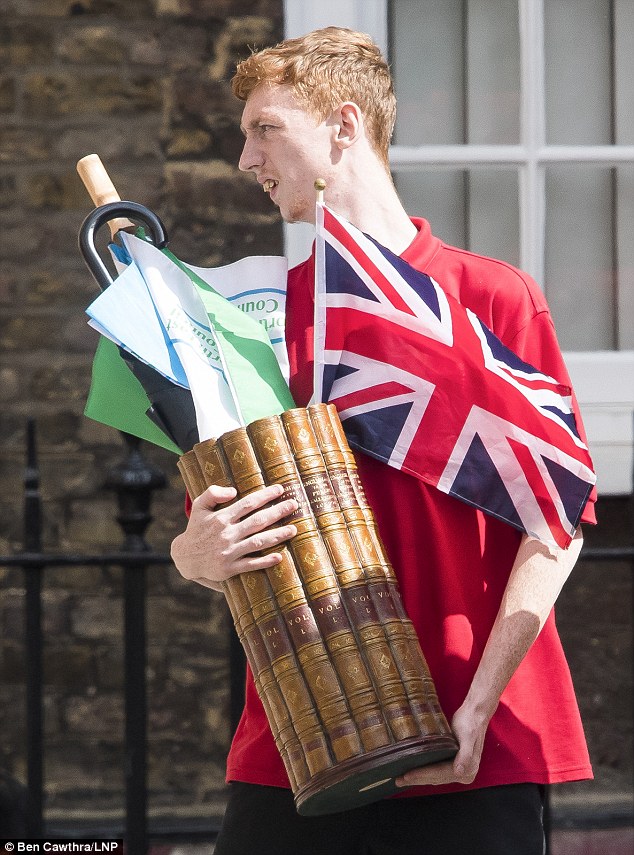 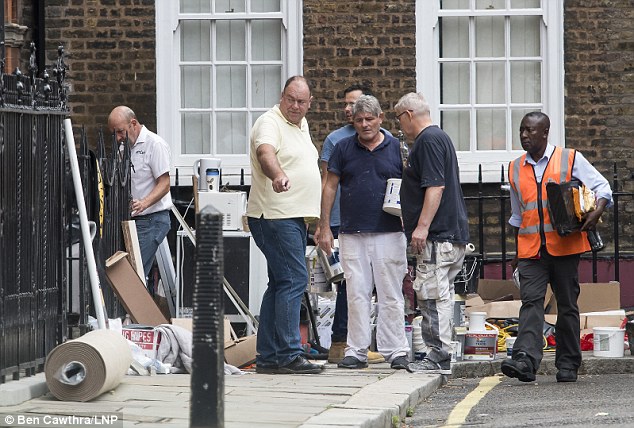 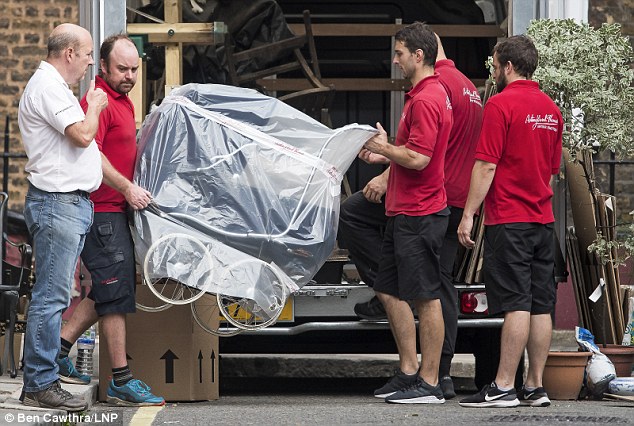 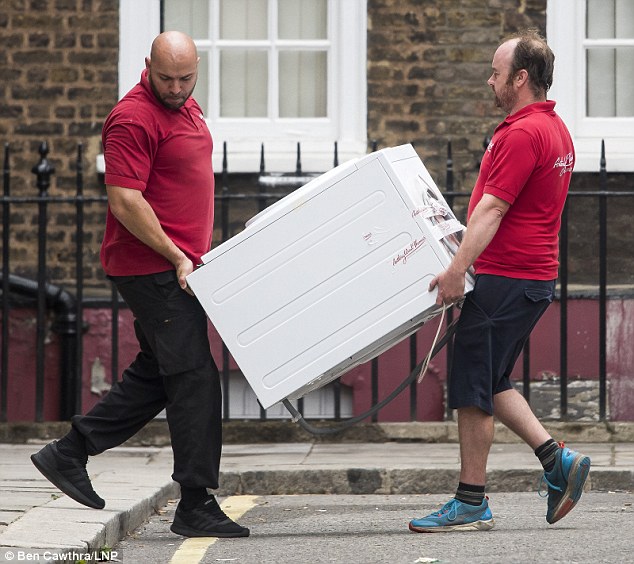 Ashcroft’s former home, a lavish five-storey 18th Century building in Cowley Street, is just 390 yards from the Commons – even closer than Downing Street.

It is also a mere 500 yards from Tory campaign HQ and only 100 yards from the Westminster studios of the main broadcasters.

Removal men were spotted at Mr Rees-Mogg’s new home carrying in an array of furniture and fittings – including an umbrella stand with a patriotic Union Flag.

They lugged in large pot plants into the lavish property along with a range of more odd objects including a cardboard box marked ‘hanging garment carrier’.

Other items carried in were a vintage-style pram, antique-looking furniture and some shrubs. 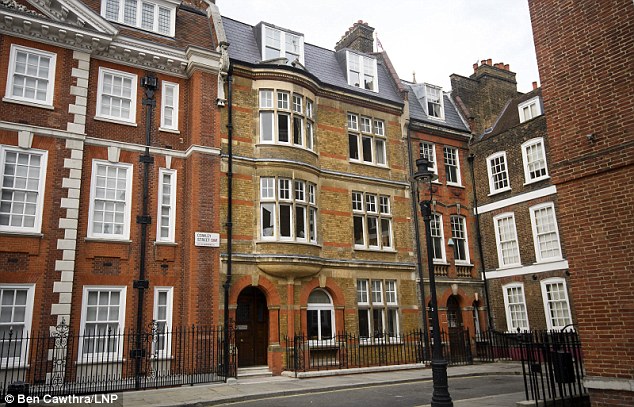 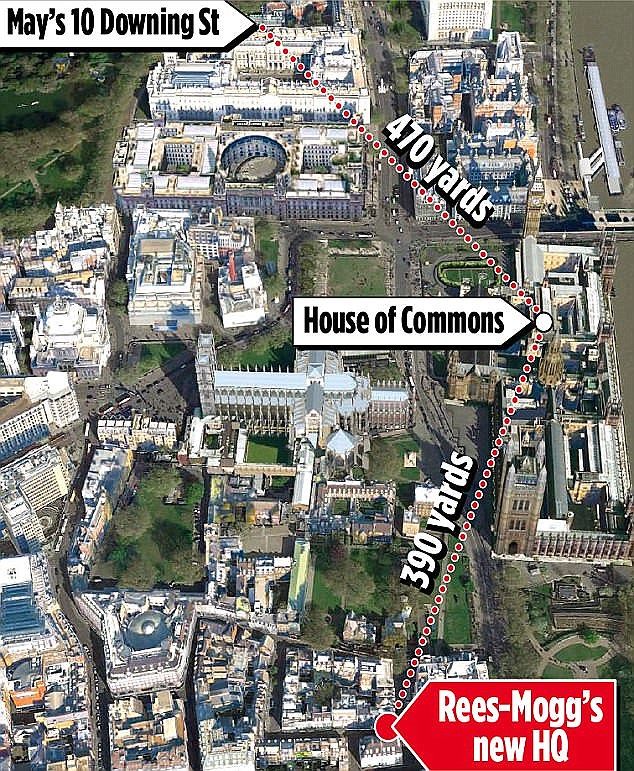 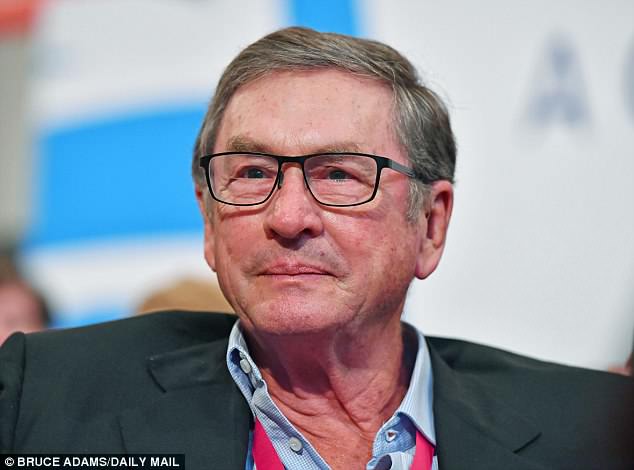 Jacob Rees-Mogg new power base sits in a historic quarter of ‘Old Westminster’ which has been thick with plotters for centuries.

Cowley Street is where former PM John Major based his campaign in 1995, when he quit as Tory leader and invited MPs to challenge him, telling Eurosceptic opponents to ‘put up or shut up’.

Michael Portillo was revealed as a plotter after he was caught installing phone lines in a secret campaign HQ in Lord North Street – a one-minute walk away – to challenge Major if the contest went to a second round.

In the 2001 Tory leadership battle, the same Lord North Street house was used by the victorious Iain Duncan Smith.

Mr Rees-Mogg’s house is also just feet from the building which the Liberal Democrats used as their HQ until 2011.

Lord North Street has been described as ‘reeking of political intrigue’, hosting political salons since the days of Disraeli.

It is where Winston Churchill went to plot against Neville Chamberlain in 1940; and in the 1970s, former Labour Prime Minister Sir Harold Wilson claimed that his townhouse at 5 Lord North Street had been bugged by MI5. 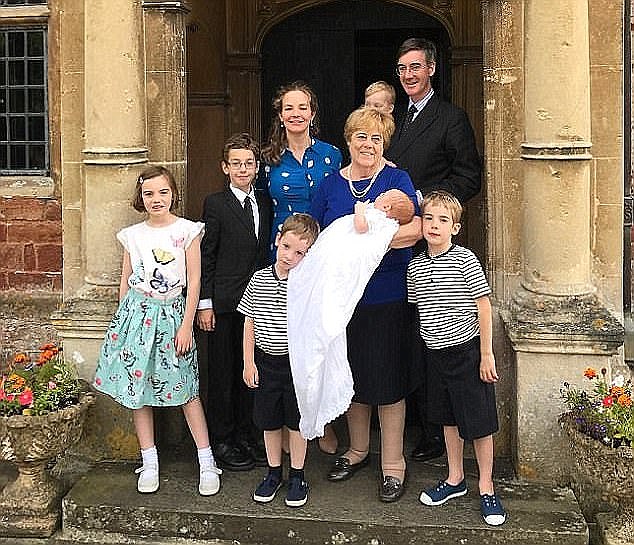 Rees-Mogg with his wife Helena and their six children. Newborn son Sixtus is being carried by nanny Veronica Crook 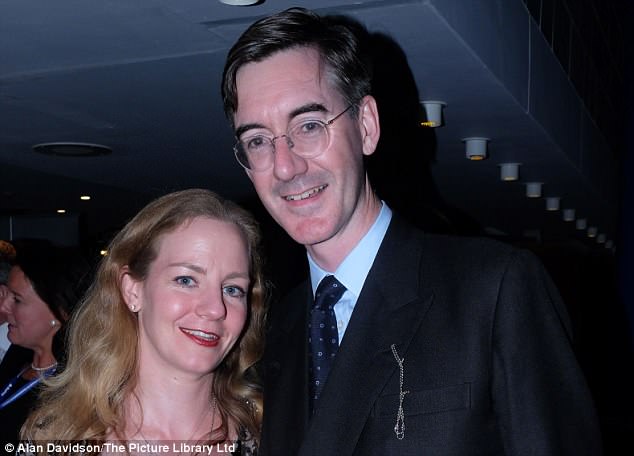 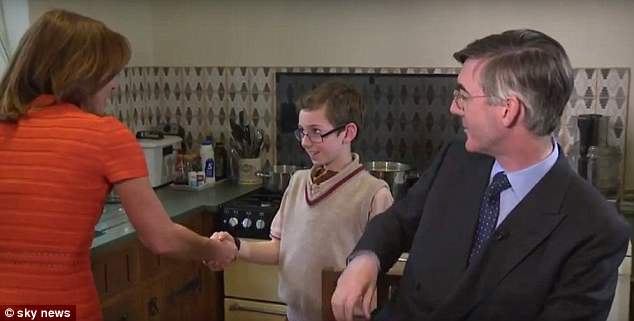 Houses and offices in Cowley Street are traditionally fitted with the division bells which summon MPs to vote.

They are near enough for MPs to reach the Commons chamber within the required eight minutes.

It means Mr Rees-Mogg will have the luxury of being able to relax at home between late-night votes.

The Somerset MP paid £5.625 million for the property earlier this year, part funded by a mortgage from the Queen’s bank, Coutts & Co.

It became vacant after Lord Ashcroft, who had been renting the building to house his varied political and business operations, moved out.

Rees-Mogg, his wife Helena and their children will move in after a refurbishment has been carried out.

Local planning documents show it includes the installation of surprisingly modern touches such as ‘walk-on rooflights’ over his basement.

His 11-year-old son Peter made headlines earlier this year when he gatecrashed his father’s interview with Sky News presenter Kay Burley at their Somerset mansion.

It concluded: ‘This would make a substantial and desirable London home.’