The Tory backbencher said his Catholic views should not bar him from achieving high office.

But he also risked a fresh backlash by branding the number of abortions happening in the UK ‘terrifying’ and a ‘tragedy’.

Mr Rees-Mogg has been tipped as a future Conservative leader after building up a cult following for his ‘Young Fogey’ style and traditionalist outlook.

On the BBC’s Daily Politics programme today, Tory backbencher Jacob Rees-Mogg said his Catholic views should not bar him from achieving high office 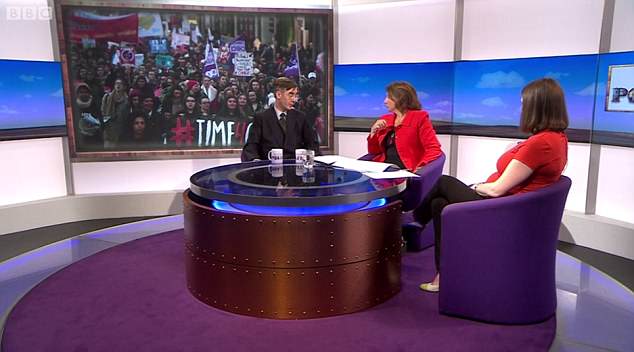 Devout Catholic Mr Rees-Mogg has repeatedly come under fire for his opposition to abortion, even in cases where women have been raped

But the devout Catholic has repeatedly come under fire for his opposition to abortion, even in cases where women have been raped.

He was also against the introduction of gay marriage.

The issues were raised again as Mr Rees-Mogg appeared on the BBC’s Daily Politics programme today.

What is the teaching of the Catholic church on the issue of abortion?

The teaching of the Roman Catholic Church on abortion has been consistent for nearly 2,000 years.

It maintains that abortion is a grave sin comparable to murder.

Catholic doctrine says that a foetus has life and a soul from the moment of conception, and that no one has the right to take that life away. This applies even when the pregnancy is a result of rape.

Roman Catholic opposition to abortion has been the guiding force behind much of the pro-life movement which has resisted the spread of legalised abortion and euthanasia over the past 50 years.

Those who undergo or procure abortion face excommunication – a ban from attending church and receiving sacraments.

The election of Pope Francis in 2013 raised hopes among Catholic liberals that the Vatican might shift to a less restrictive position. Francis corrected this in 2014, calling abortion a horrific symptom of a throwaway culture.

As they discussed the upcoming referendum in Northern Ireland on abortion, Lib Dem MP Jo Swinson said his opinions were ‘extreme’.

‘I think it is time that we recognise that women don’t take this decision lightly,’ she said.

Mr Rees-Mogg said it was ‘terrifying’ that more than 100,000 abortions were carried out in the UK last year.

‘Most of those were not the hard cases,’ he said. ‘The issues of rape or incest. They were abortion on demand.’

He added: ‘I believe that life begins at the point of conception… that has always been the policy of the Catholic church.’

Earlier, presenter Jo Coburn asked whether Mr Rees-Mogg thought his views would be a ‘barrier’ to rising through the ministerial ranks.

He replied: ‘Why do you pick on this view of the Catholic Church, and say you can’t hold these views in modern politics?

‘You’re saying that tolerance only goes so far, and that you shouldn’t be tolerant of the teaching of the Catholic Church.

‘So isn’t this stretching into religious bigotry?’

Mr Rees-Mogg added: ‘What’s so important is that I should be honest with voters about my views and make no bones about the fact that I’m a practising Catholic and I believe in the teachings of the Catholic Church.’

Pushed on whether he wanted to change the law on issues like gay marriage and abortion, Mr Rees-Mogg said: ‘The law is not going to change. The issue is actually about what society thinks.’

‘It is one of the great tragedies of the modern world and it would be a wonderful thing if society came to a different view on abortion.’ 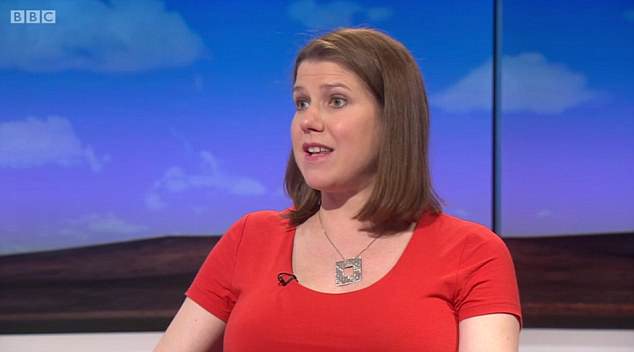 As they discussed the upcoming referendum in Northern Ireland on abortion, Lib Dem MP Jo Swinson said his opinions were ‘extreme’