Jacquees ‘caught driving 116mph in his Bentley through Atlanta’

Recording artist Jacquees has been arrested after police in Atlanta say he was clocked doing 116mph with a passenger in his Bentley who had marijuana in her possession.

Jacquees, a 24-year-old native of Decatur, Georgia, whose real name is Rodriquez Broadnax, was pulled over for speeding on Interstate 85 at around 3am on Thursday.

In a brief statement, police said about 3 grams of marijuana was found during the traffic stop. 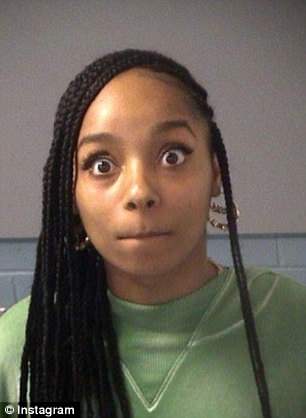 Busted: Singer Jacquees, 24 (left), was arrested in Atlanta on Thursday on counts of speeding, reckless driving, littering and possession of a controlled substance. His passenger Stanesha Boutwell (right), 23, was charged with possession 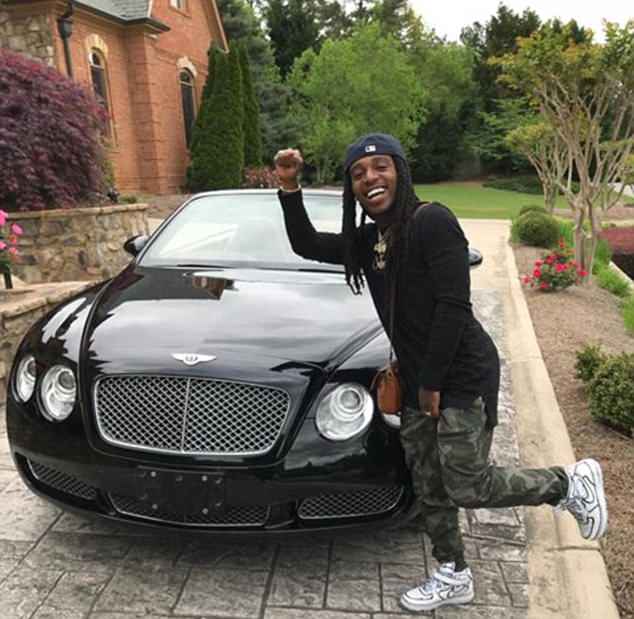 According to police, the officer who stopped the singer observed someone throwing the drugs out of the passenger window of his 2007 Bentley Continental onto the roadway, reported Atlanta Journal Constitution.

Jacquees allegedly admitted to trying to dispose of the drugs. He was arrested on charges of speeding, reckless driving, littering and possession of a controlled substance.

Stanesha Boutwell, 23, who was riding in Jacquees’ car, was arrested on a drug possession count.

This was not Jacquees’ first run-in with the law: he was reportedly detained and cited for disorderly conduct at Milwaukee’s General Mitchell International Airport earlier this month.

Authorities detained and cited the ‘At the Club’ singer for disorderly conduct at Milwaukee’s General Mitchell International Airport earlier this month. 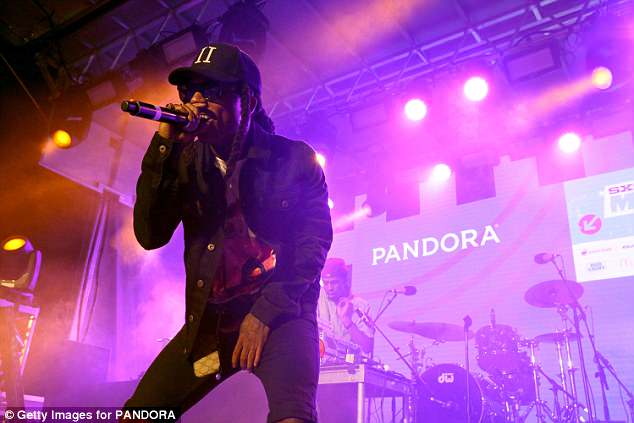 During that incident, Jacquees got into an argument with another person and was heard telling a police officer he did not need to listen to him because he was ‘just a white boy with a badge,’ reported WISN.

A cellphone video that was later posted on Instagram showed Jacquees saying while being led away by officers: ‘I’m getting locked up for no reason… I did not touch the police one time. I was singing in the airport. The police said I could not sing.’

In late March, police in Miami arrested the 24-year-old for failure to obey an officer and disorderly conduct after he was pulled over for driving a black Lamborghini without a seatbelt, reported NBC6.

Jacquees’ record label, Cash Money Records, says on its website that the singer has been inspired by artists such as Michael Jackson and The Temptations. 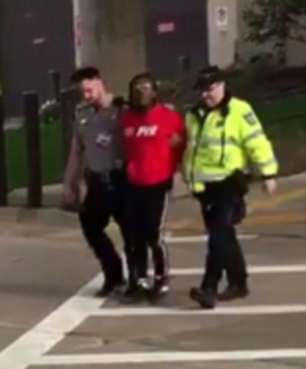 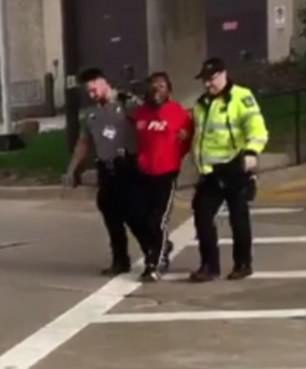 The ‘At the Club’ singer was cited for disorderly conduct at Milwaukee’s General Mitchell International Airport in early May. Cellphone video posted online (pictured) showed him being led away by officers

He has collaborated with artists including rappers T.I., Rich Homie Quan and Chris Brown.

He is best known for his 2016 single ‘B.E.D.,’ which spent seven weeks on the Billboard chart.