She’s currently sunning herself on a five-star holiday in Dubai.

But on Saturday, Jacqueline Jossa, 29, confessed that she was struggling with ‘mum guilt’ as she jetted off on the child-free holiday with her husband Dan Osborne, 30.

Jacqueline took to social media to post a flurry of snaps as the pair enjoyed their much needed getaway to luxury resort Atlantis, The Palm.

Adults only! Jacqueline Jossa, 29, admitted she struggled with ‘mum guilt’ as she jetted off for a child free getaway with husband Dan Osborne, 30, at Atlantis, The Palm in Dubai on Saturday 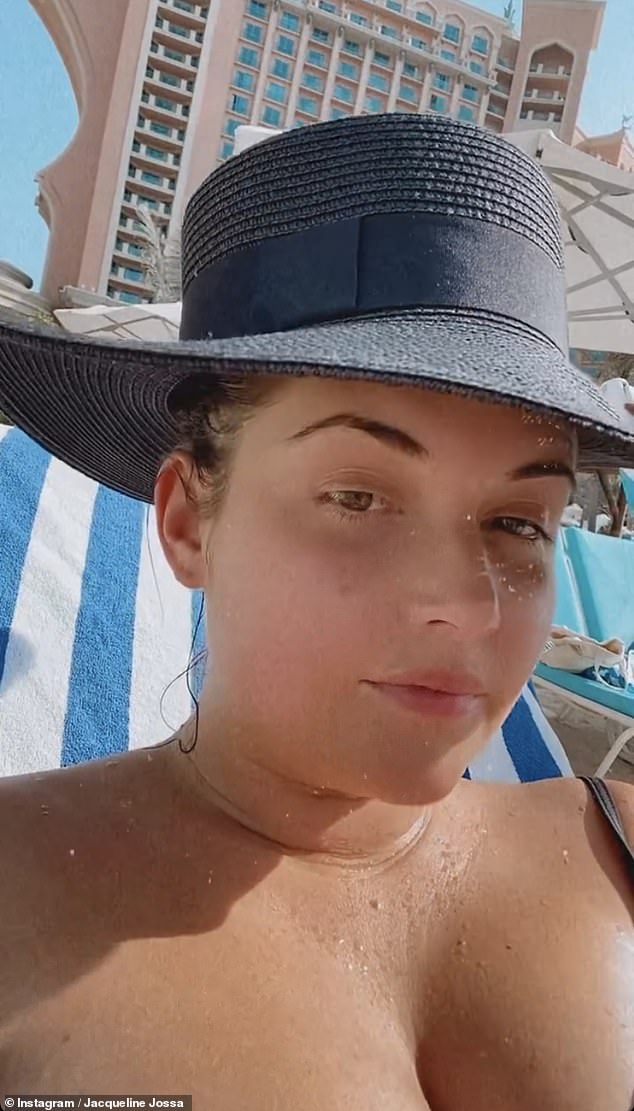 Birthday treat: Jacqueline took to social media to post a flurry of snaps as the couple celebrated her birthday with the holiday

Speaking to her Instagram followers she said: ‘Daniel booked me a little get away, long weekend for my birthday. What a babe! Kids are with nanny and grandad for the weekend.

‘Uncle Sam is house sitting with the dogs, well Guv is probs babysitting him!

‘It’s been manic with work and school and lots of fun stuff with the kids. I can’t wait to get back already to see them but boy do we need this reset. I am so so excited. love you all!’

She added: ‘Mum guilt pending. Reset needed. I will stop explaining myself and enjoying some well needed and deserved down time lol.’ 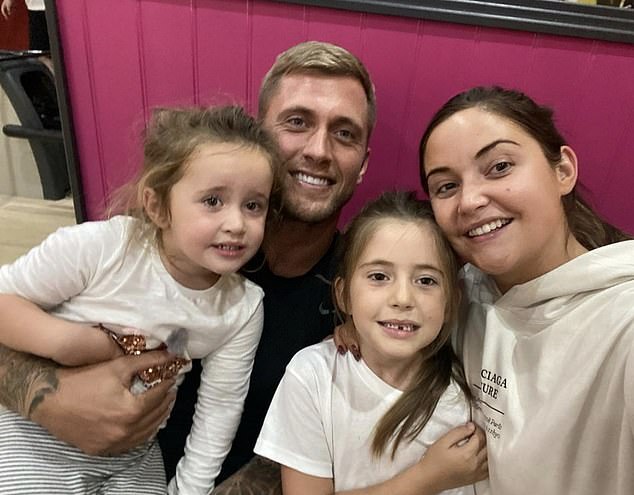 Family: The couple who married in 2017, share two daughters together, Ella, six, and Mia, three, as well as Teddy, seven, from Dan’s previous relationship 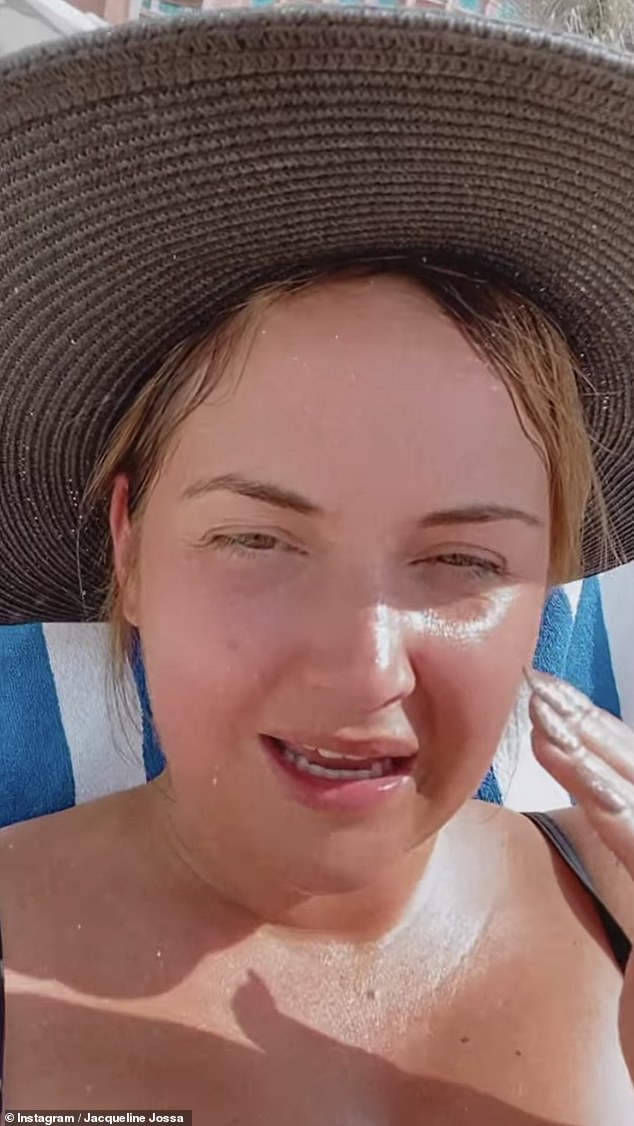 She said: ‘Mum guilt pending. Reset needed. I will stop explaining myself and enjoying some well needed and deserved down time lol’

The couple who married in 2017, share two daughters together, Ella, six, and Mia, three, whilst Jac is also step-mum to seven-year-old Teddy from Dan’s past relationship.

Jacqueline and TOWIE star Dan have worked hard on their famously turbulent romance as she revealed that she and husband Dan no longer have the ‘energy’ to argue.

The former EastEnders star explained that instead of things getting heated between them, Dan has previously settled any tension by throwing freezing cold water on her.

Speaking on Vicky Pattison’s podcast The Secret To, Jacqueline explained that she had been in a ‘bad mood’ when the ex-TOWIE star decided to soak her, as she confessed to blocking Dan on social media.

Opening up about the pair’s relationship, Jacqueline insisted that she is ‘pathetic’ when it comes to arguments and is glad that she and husband Dan are ‘past’ fighting with each other now.

She revealed: ‘I’m still pathetic in arguments and I hold grudges and I’m like, “Come one, be the bigger person.” But I don’t know if I can be.

‘I love an argument sometimes. I think that’s the dramatic in me, where I’m not doing EastEnders anymore, screaming and shouting all the time, but we’re well past it now.’

Recalling the incident where Dan threw water at her, Jacqueline said: ‘The other day he chucked water at me, that’s how we argued! 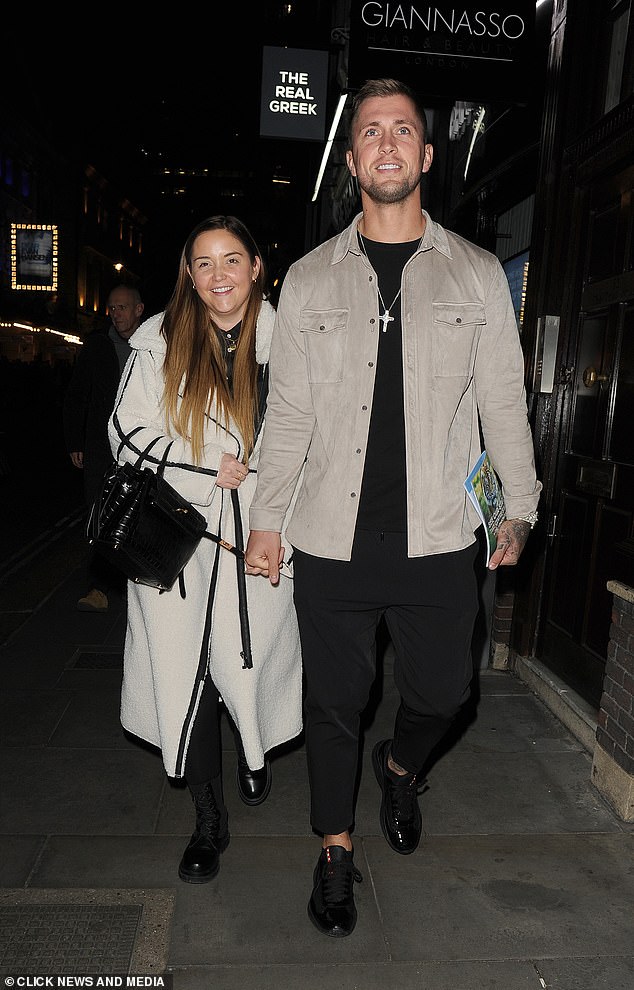 Happy: The famously turbulent pair have been working hard on their marriage (pictured in November 2021)